Went to New Mexico last Tuesday for the annual elk hunt with a feeling we were going to eat tag soup. That part of NM is in drought conditions with zero snow and warm temps during the daytime. Years past we start in the am at -25 or so with the day warming into the 20’s, lots of snow. This year, 20’s at night with 40-50 during the day.
Two groups of hunters were in the same area in weeks previous and had seen very few elk at all with none killed. Deer Slayer, Huckleberry75, oklahomabassin, and another guest on the hunt.
The hunt started Wednesday. We spotted a herd of 15-20 the first morning about a mile away and 1000’ up. Put the stalk on where we thought they were going to be, but never saw them when we got there. Sure is a lot easier walking down than up! 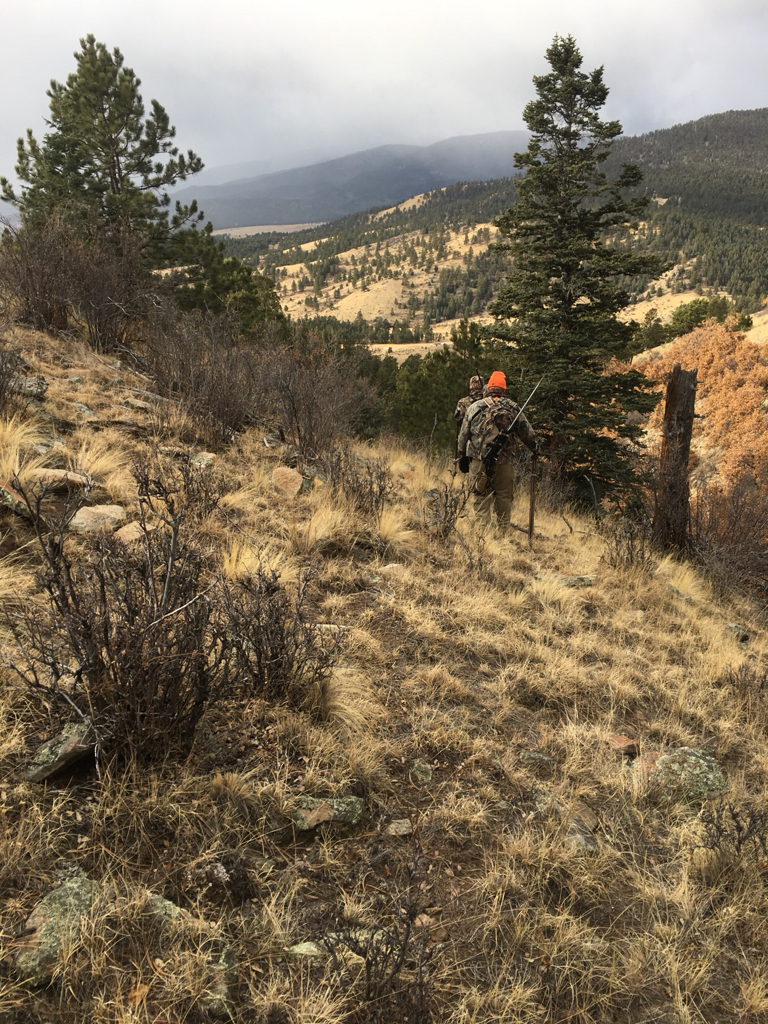 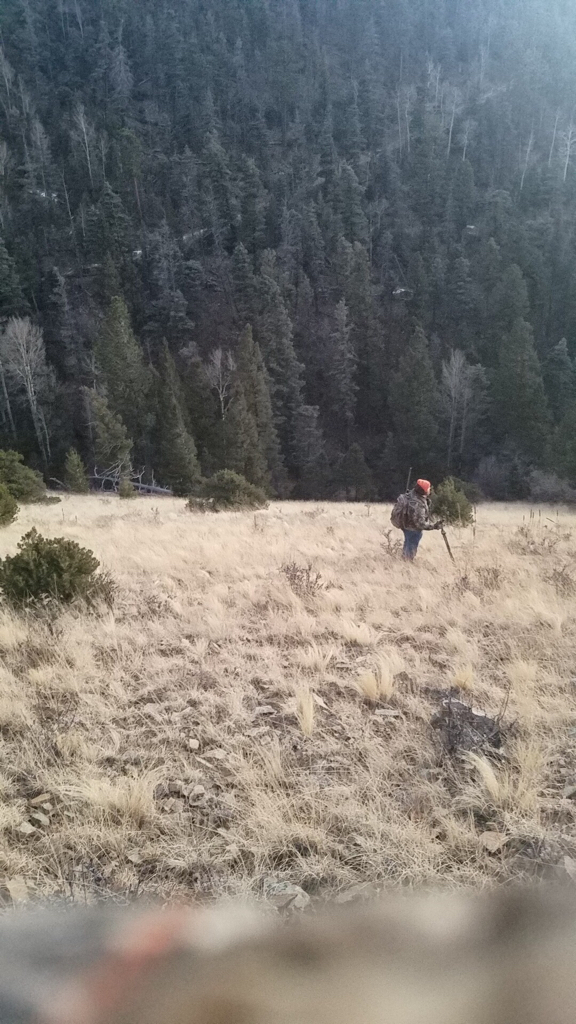 We decided because of the wind to go to the center part of the ranch, get real high and try to come down on them when they came out to the meadows to eat in late afternoon.
On the way up, we spotted them really close in a meadow. They didn’t see us, so we kind of separated to get into position. One of the guys got a shot but missed at long range, they ran by me but I was still in the timber and had to cross a ravine and get to the meadow. Nothing in sight.
Knew they had to be over the knoll, so took off running to crest it. At 9000’ or so running uphill it doesn’t take far to run out of air, and I’m not a spring chicken. Finally crested it and there they were. Missed the first shot not because of distance but because I couldn’t suck enough air into the lungs and had a full load of adrenaline. Second shot, she dropped like a rock at 175 yds.
Sat down and watched the rest of them run off. Looked back at mine and she was standing up. WTF?
Center punched the lungs and back down.
Seems the first shot went in the ear and exited the eye on the same side. Just knocked her out. Lol. 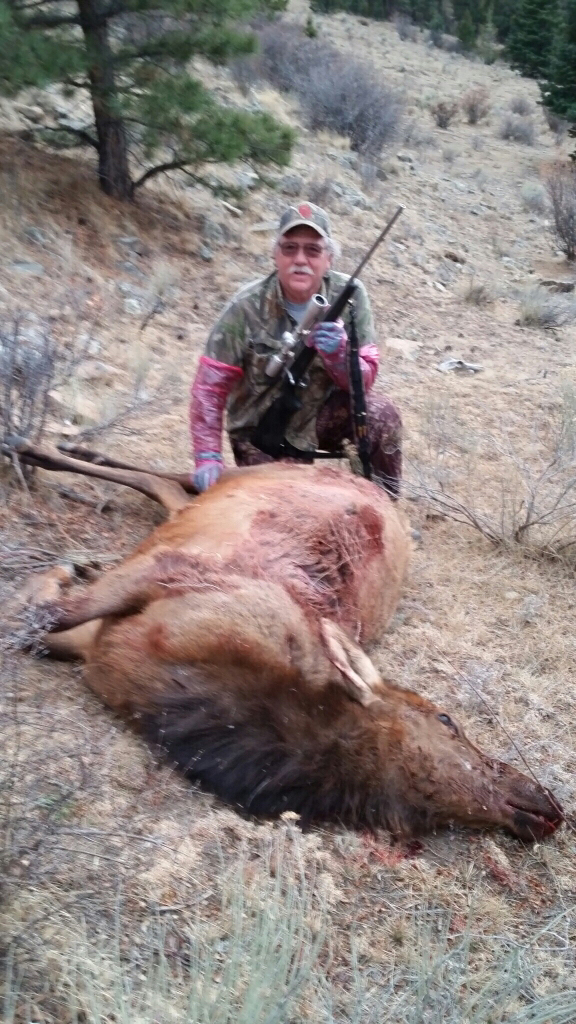 The rest of the party went after them, but never saw them again. Finally Sunday, another herd was spotted on the other side of the ranch and another cow elk went down.

Hell of an animal my friend. Glad you all had a great hunt!!

While the rest of the party was hunting, Deerslayer and I went sightseeing around Taos. Basically looking for a place to fish. The Rio Grande Gorge has very limited access as most of the edge is 300-650’ above the river. 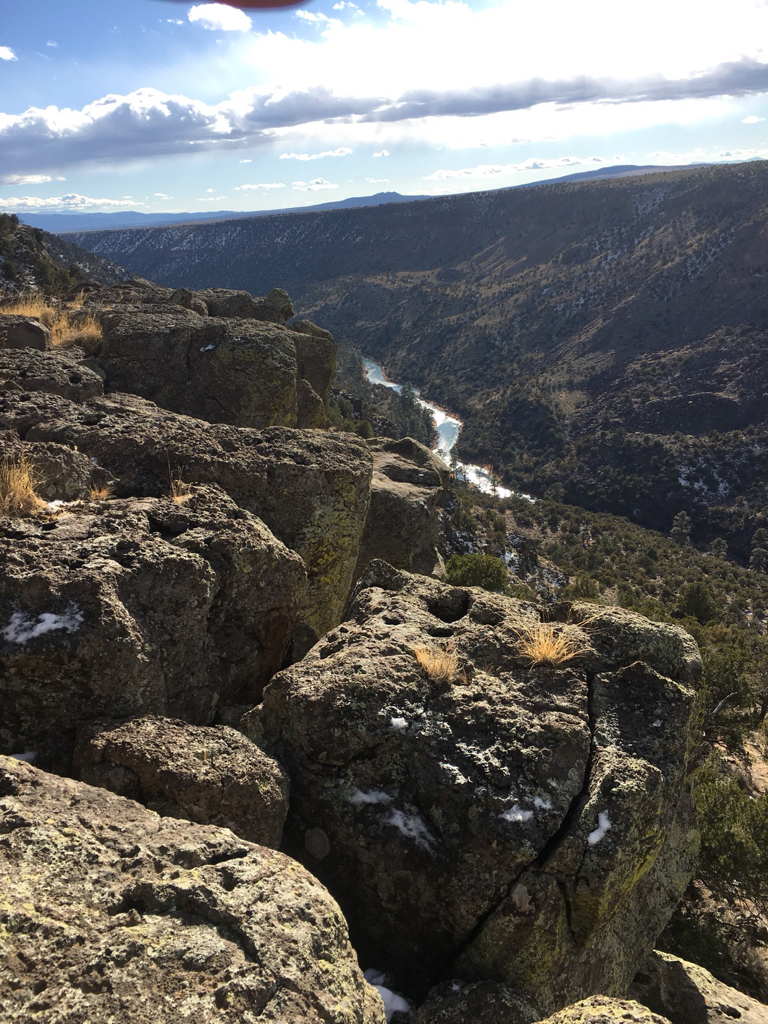 We finally found a place to access the river by road. Beautiful area with trails along the bank for fishing. We didn’t get to fish it as the day was getting short, but looking forward to getting back up there in a couple of months for some trout fishing. 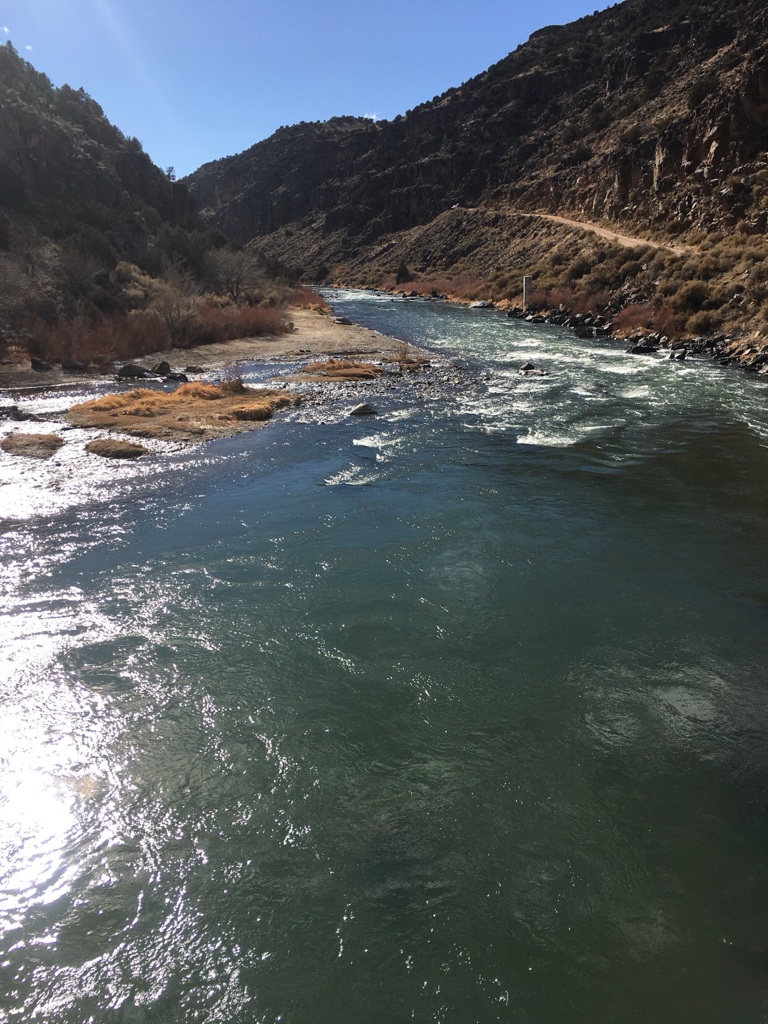 Deerslayer and myself with Wheeler Peak in the background. Tallest mountain in New Mexico. 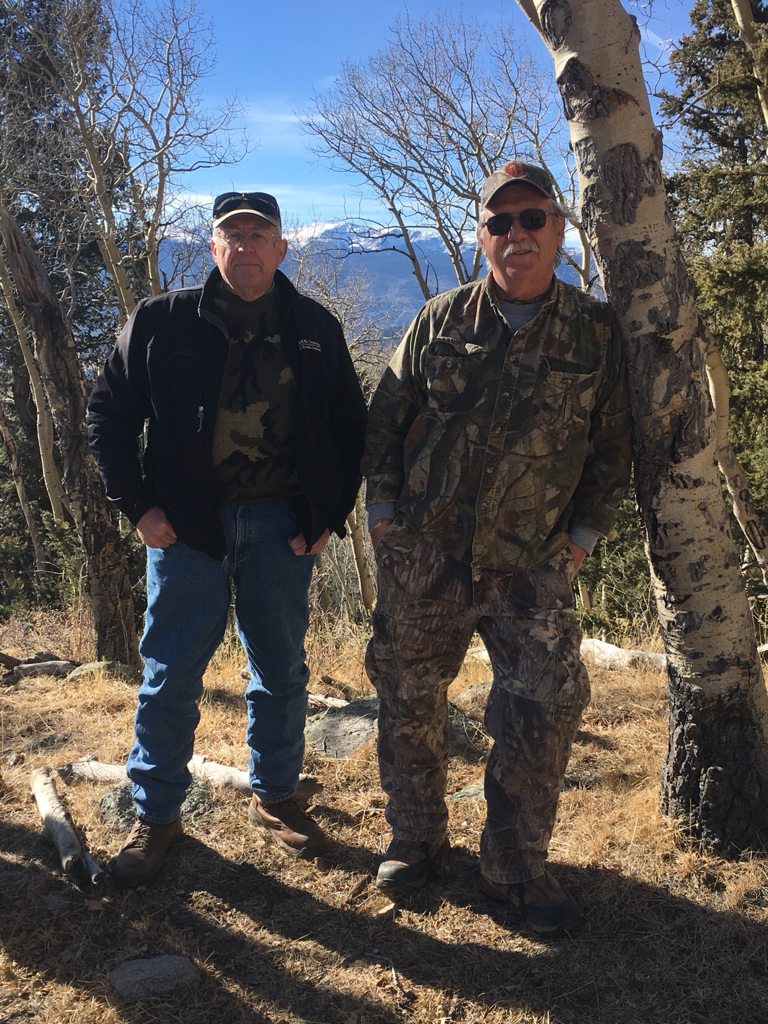 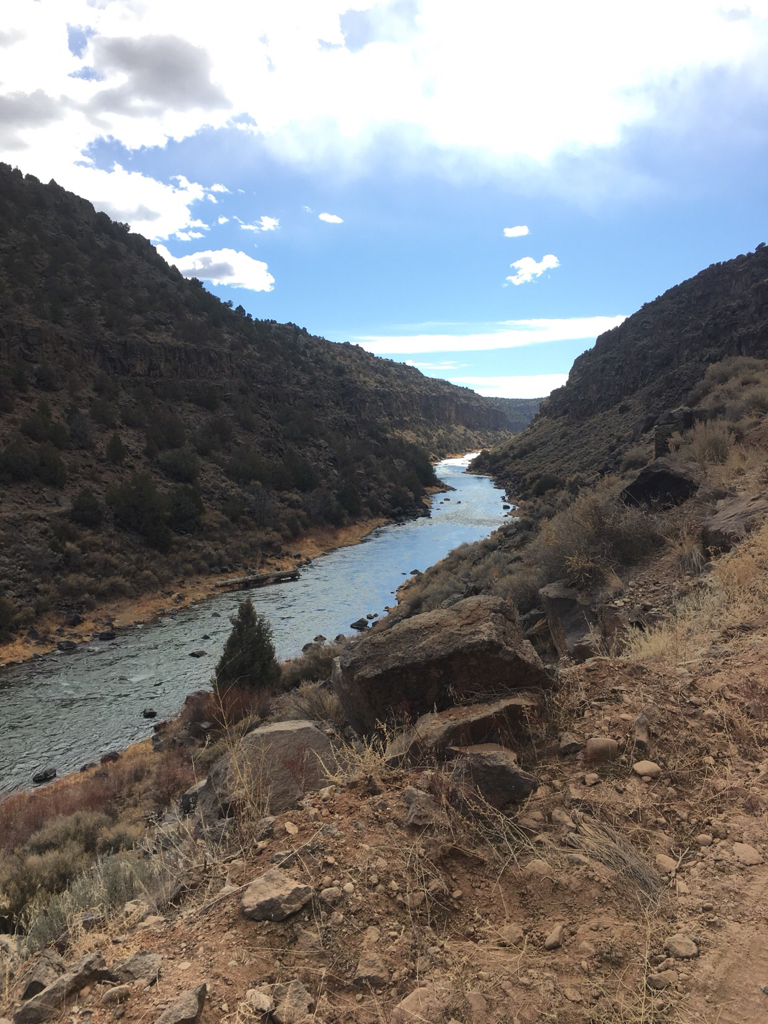 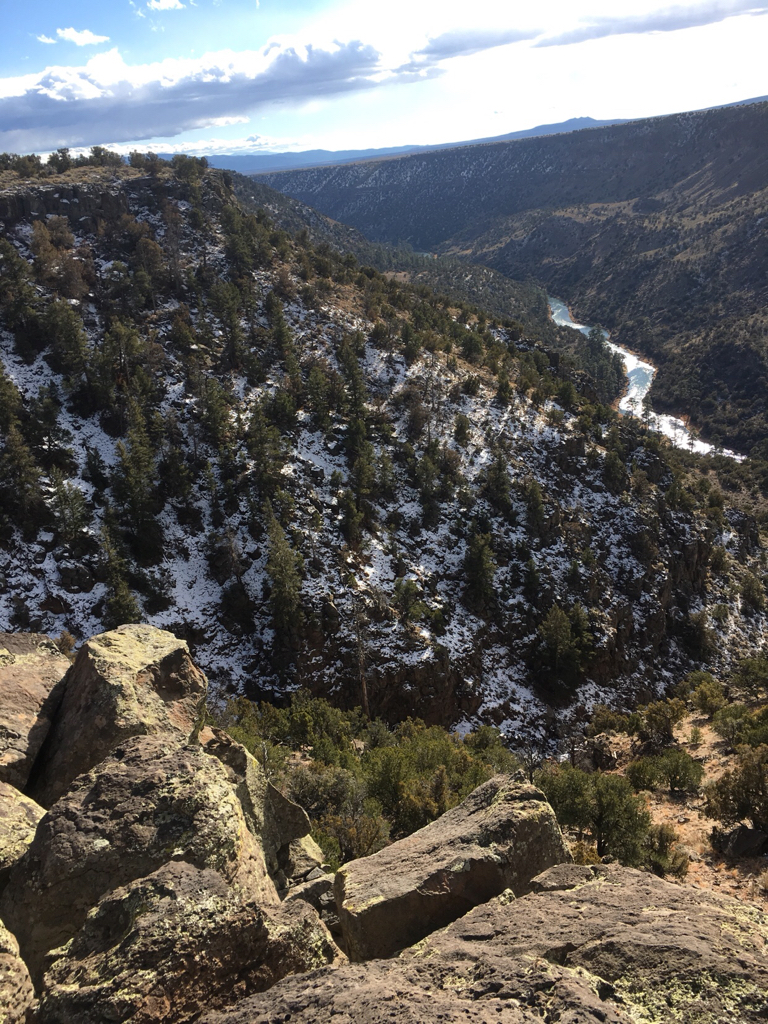 D. Hargrove said:
Hell of an animal my friend. Glad you all had a great hunt!!
Click to expand...

Thanks! We guesstimated the live weight to be in the 450lb area.

You have no idea how bad my lungs were burning. Lucky to hit the side of the mountain with the heaves trying to take in more air. lol

That sure ain't no poached duck! Good job and nice pictures.

Help me plan the elk hunting trip of a lifetime.
2