Perplexed said:
It’s been a while since I tried printing anything, so I can’t recall the details of orientation or such. If the gray braces on that storage unit were also printed and weren’t made from castings, I’ll be impressed. How thick are the walls overall, 1/2”?
Click to expand...

The printed parts are the clear plastic brackets in the corners. The panels are cut from cardboard boxes that were around the house.

The brackets are made from two perimeters of recycled water bottles, which is probably the weakest filament ever, and by a long shot. Far weaker than PLA. And that wasn't even the maximum load either. I just ran out of room and didn't have anything denser than water. But there was no measurable deflection at that weight, so I was also concerned that taking it to it's failure point might imperil the drywall. I'm guessing the failure point would be maybe twice that, which would be a lot of weight for such a small area of drywall. Not sure what the official sheer load for drywall is, but that's assuming they even did it right and put it all the screws they were supposed to. I've found missing studs in this house, so...

It's true what they say though. Bees are nature's engineers.

Not nearly as impressive load wise, but that construction also works very well for spice racks: 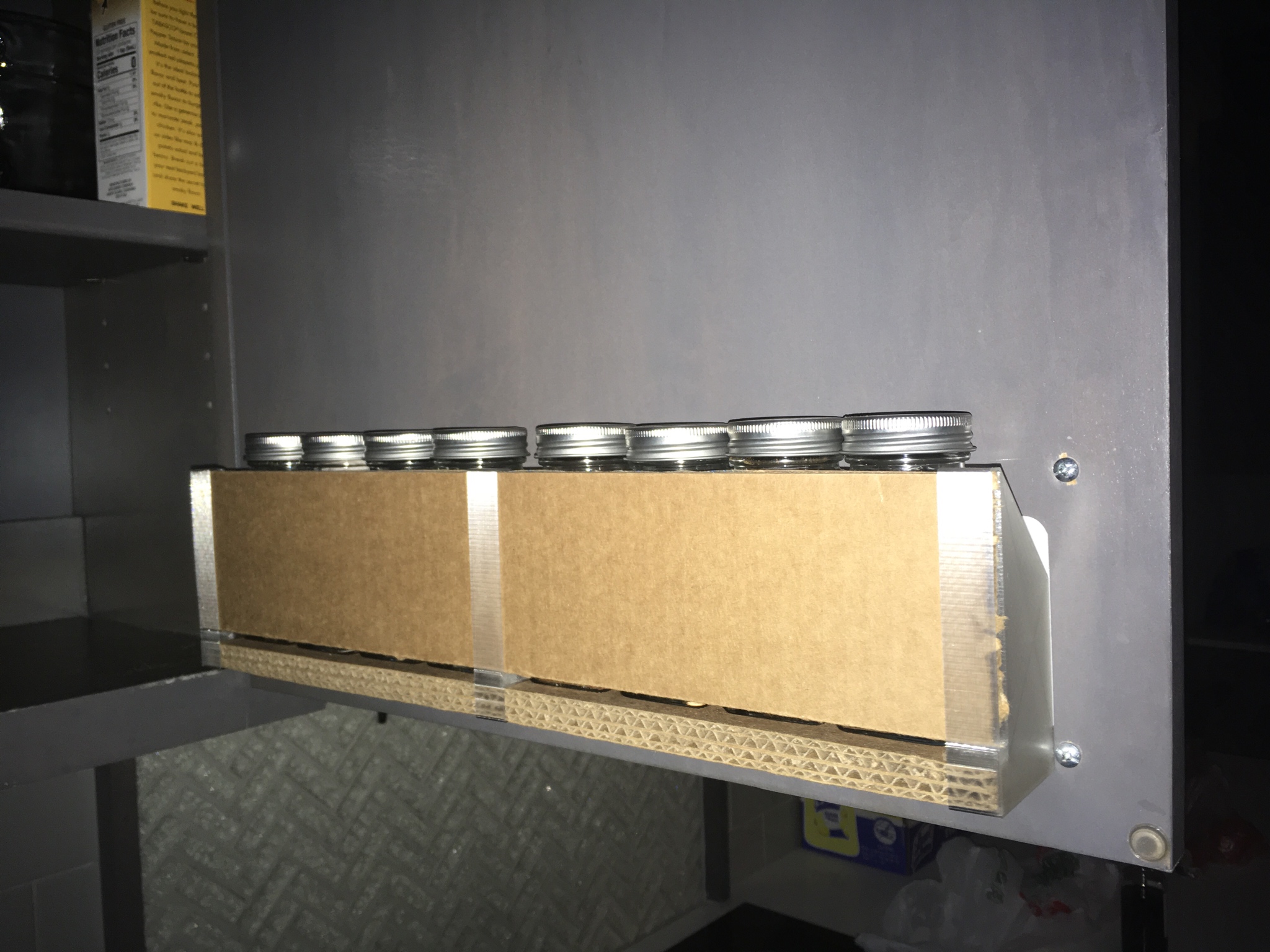 Liberty Safe is now in it home, the gun room. A few humans were injured during the filming
2 3 4 5