If this is the wrong thread, then my apologies, so please move it to where it belongs.

I had been reading about the AirBolt rifles, plus whatever other name they have attached to it, for the past couple of years, and after finally getting out of the hospital from the coronovirus back in September of 2019, then a massive heart attack following that, plus massive trauma to both my heart and lungs, not to mention the blood clots on them, I decided it was was time for me to slow down, especially since everything mentioned took a solid year away from my life, soooooo.


I had previously built this H&R single shot, chambered it 357 Maximum, and nicknamed it BIG MAX. It's accuracy was superb. with 3-shot groups at 200 yards everaging 5/8" or less, and 300 yard groups averaging an inch or less.

Well, I already had the perfect platform, but I had to do a lot of studying on arrow weight and balance, plus I had to come up with the proper way to first design the arrows, then launch them without destroying them.

Accuracy was the number 1 criteria for my "loads, but of course safety was also a major concern.

Short and to the point, I finally was able to come up with a way to launch a 22" arrow/bolt at a blistering 600 fps., which was faster than what anyone else was doing at the time. After all of my R&D work was completed to my satisfaction, I built 20 arrows/bolts, sighted my "gun" in for 100 yards, and had the following results.

I found a farmer out my way that let me use one of his round bales of hay for a target backstop. Using match grade field points that weighed 113 grains after machining, and tolerances in both weight and diameter were exact, with "0" tolerance at either end!

So, once sighted in, I took three 3/8" diameter wood dowels and stuck them into one end of the bail of hay, then I took a clay pigeon and placed it over the wood dowel, and against the bail of hay to make sure I would have a square on target.

3-shots at 100 yards, I busted all 3 targets, and sunk those 22" arrows/bolts to deep into that bale of hay, you could not see or feel them!

The farmer and his wife watched me shoot these into his bale of hay, and told mw that when he went to unroll it on his next feeding, we would look for those arrows and save them for me. I watched him mark that specific bale of hay, but I have yet to hear back from him.

I have a customer in Texas that was very interested in my gun and tests I was going to do, because he wanted to buy it for a "quiet" hog hunting AirBolt rifle, which I just sold to him this past Sunday afternoon.

And before someone asks about "fletching", it is not needed. That was what half of all the testing went is, finding just the right balance point. The other half of the testing went into finding the correct power loads, used in launching the arrow/bolts. Loads that were too "slow" would wobble in flight, and loads at anything over 600 fps. would disintegrate when impacting a target!

I am anxiously waiting on a "hog report" from Dale, to see how my high speed arrows perform on a hog or at least a javelina, and I will report back once I hear from Dale.

Any of you guys shoot an AirBolt? I know that most are pneumatic, but I did not want to go to the hassle or expense of buying a new gun, especially since I already had one that turned out to be just perfect for this conversion!

Now, since I have already parted with my "gun", which can no longer fire ammunition, and is now designed strictly for AirBolts, I am now on the look-out for another break open single shot so I can build another one. My wife took a real liking to this last AirBolt, and said that she wanted one that built a whole lot lighter. So the next one will be over 6 pounds lighter, and more suitable for her. 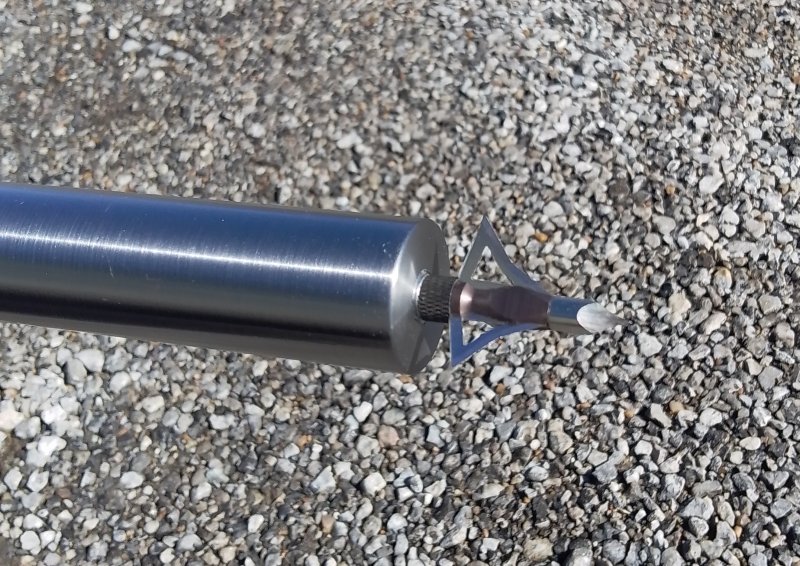 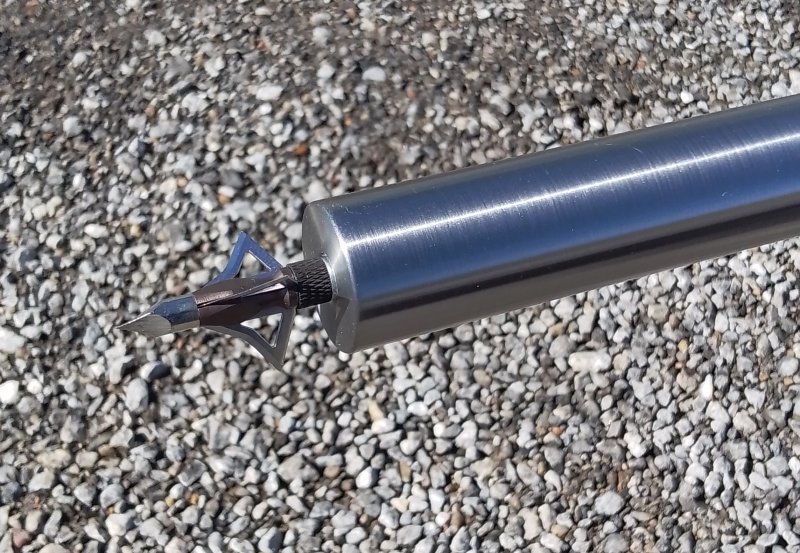 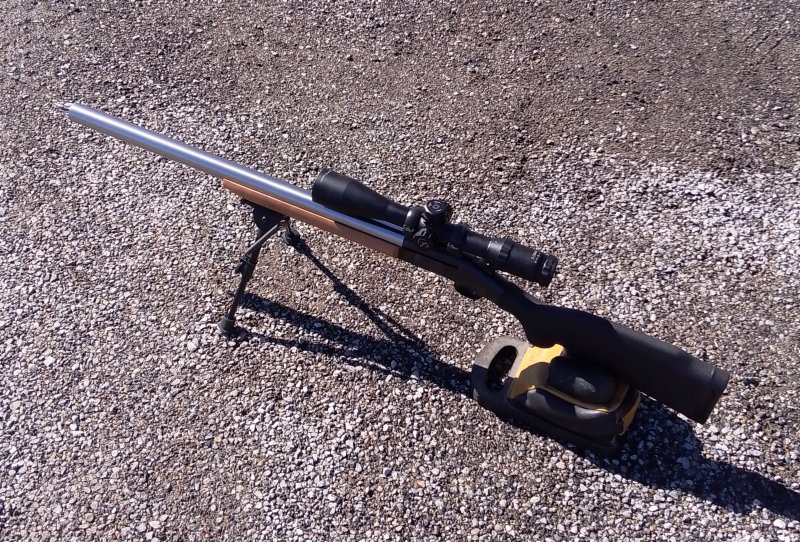 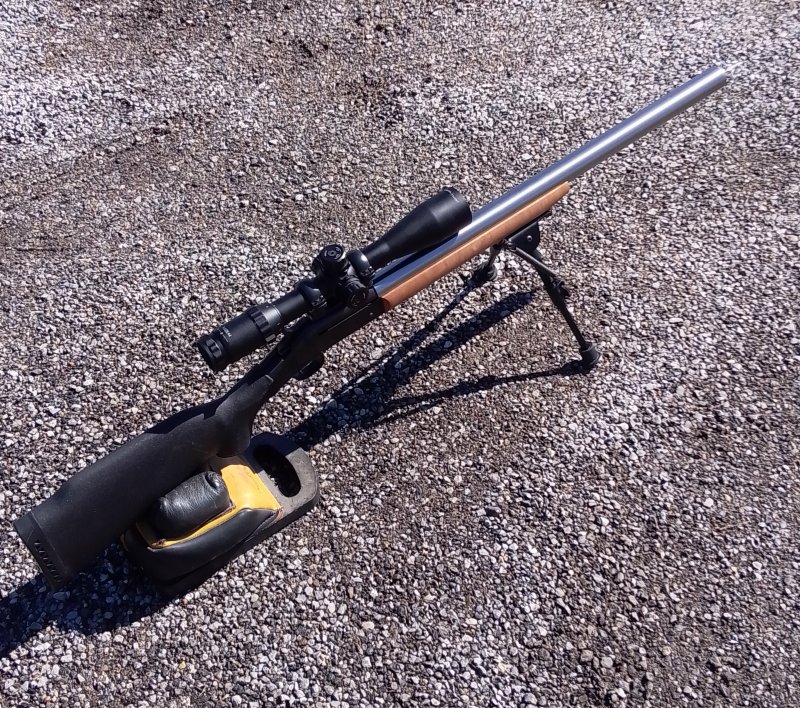 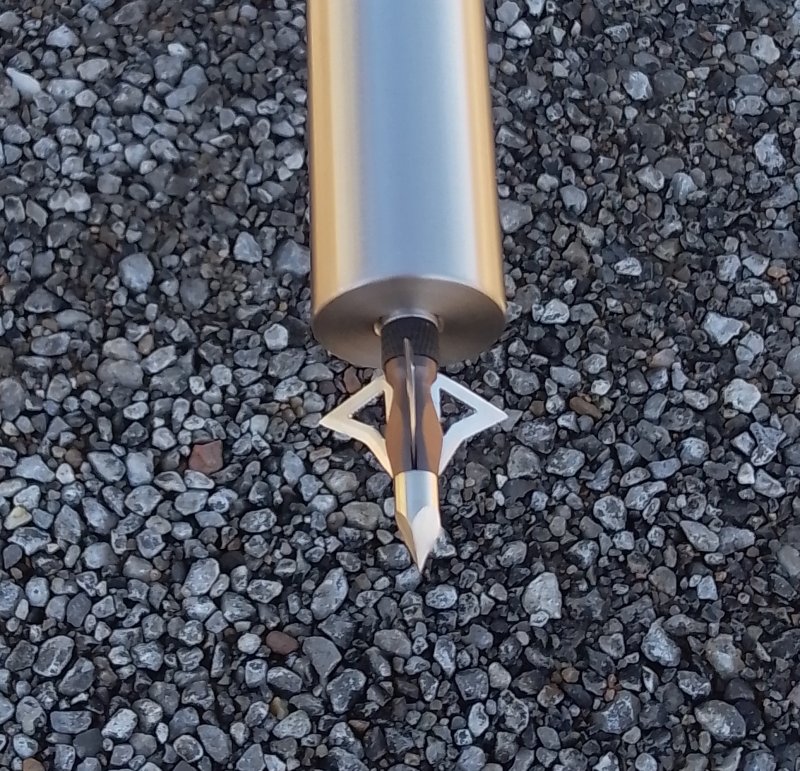 Awesome! I've never shot an airbolt, but it sounds like it should do the trick!

So how is the bolt "shot"? Is it air or powder?

Is this in actuality a blank with a bolt inserted into the barrel or does the bolt go into the cartridge?
M

The bolt is powered by a 38 special blank cartridge, therefore powder is used in propelling a bolt from the barrel.

The powder used in these "power blanks" is NOT the same type of powder that is used in regular revolver or rifle blanks, as that has a burn rate that is way too FAST, as those type of blanks are used for "noise" in cowboy action shooting.

A 22" bolt is inserted into the barrel, then a blank cartridge is loaded into the chamber, which will accept blanks only, and NOT a loaded cartridge!

38 caliber nail gun blanks like a Hilti or Ramset Driver?

I have never seen or looked at those. I made my own.

How much does the bolt drop in 100 yards?
Click to expand...

I honestly do not know. I have only shot and targeted this weapon at 100 yards.

Other people that I have spoken with, that shoot a similar type of weapon say that they will not shoot theirs at less than 75 yards for fear of destroying those expensive bolts, and rightly so. Most sell for $99 to $119 per "6".

Several of my friends are into custom builds. I never really could get into it. They always help with my accuracy of new rifles. So from a perspective of someone not into this kind of stuff, this is totally badass! Thx for sharing!

Took out a hog with the longbow!