Are there ever CRAZY deals on Gunbroker?

I got thinking about this the other day...

As some of you know I also collect Hot Wheels. I know people who basically make a living buying on ebay, finding cars that people dont know "what they have" and winning them and then reselling them to the proper audience (often times, back on eBay). So do guns ever fly under the radar for 1/10 value, for example? I really never thought to look through Gunbroker like that...but I suppose its possible?
The market for Hot Wheels is about as crazy as the gun market right now, for different reasons, but stuff is through the roof and as such so is the competition for deals...but...they're still out there. 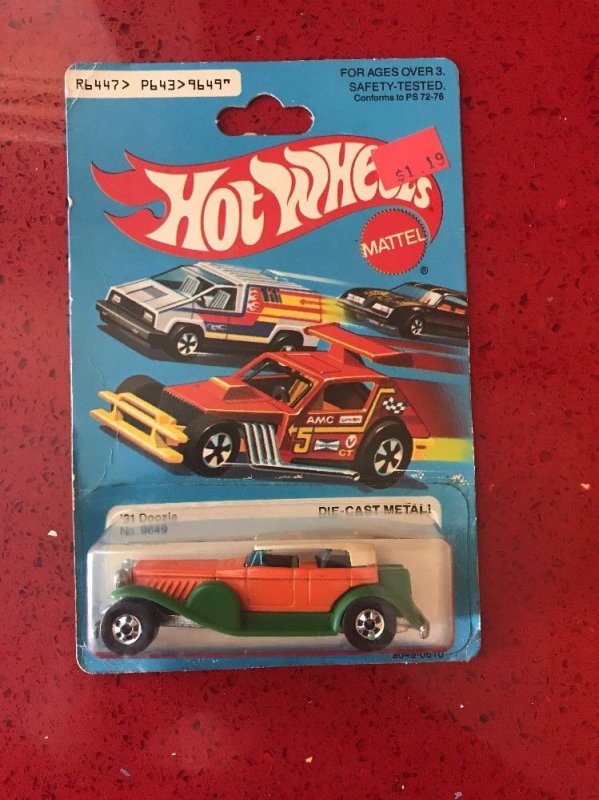 Yes, most of the time it is a misspelled title or description. Other times it’s in the wrong category. I got a S&w 25-2 in the presentation case for a redicous price because of bad pics. I took a chance because even if it was trashed, I could get my money back. It was about 95% when I got it.

Sounds about the same for HWs stuff...miscategorized and misspelled are two of the best ways to find gems. Also lots of cars where one is a diamond amongst junk. I may have to look at Gunbroker differently now LOL

Plenty of crazy on there.

I think that's the only kind of deals happening on GB at the moment... $500 AR's going for thousands....

I don't see how anyone makes any money selling on Gunbroker . . . I was in a home-based FFL group on Facebook years ago and someone was saying they only made like $3-5 per sale, but sold several hundred guns per month.

I once took a chance on a Swiss K31 with a walnut stock, but the pics were dark and poorly staged. What I got had a beautifully striped stock in VG shape, and the metal was in excellent condition. Worth quite a bit more than I paid for it.
A

I usually search for auctions ending at odd times like on a Sunday at 2am. I have thrown some low bids and won but it os for sure not the norm. I average around 200 bids per month and will win an auction 4 times a year if lucky.

alphagunner said:
I usually search for auctions ending at odd times like on a Sunday at 2am. I have thrown some low bids and won but it os for sure not the norm. I average around 200 bids per month and will win an auction 4 times a year if lucky.
Click to expand...

That has been my experience also....I bid often hoping for a great buy but I'm only the winning bidder a few times a year.

I picked up 3 deals on guns with auctions ending during the super bowl this year. Best chance for a bargain is stated above, wrong category, bad pics, odd ending times.