Are you a real car guy (person)? 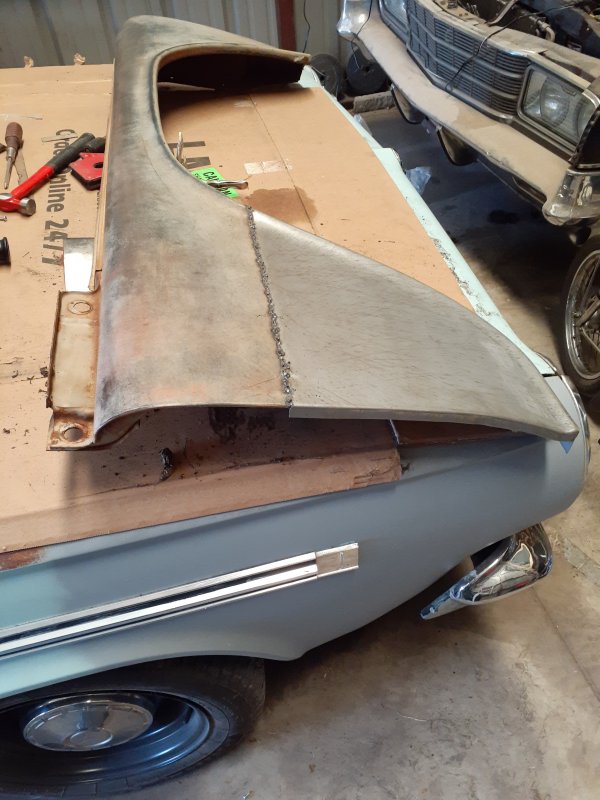 Am I a car guy if I use a car as a workbench to weld other car parts? (I'm a crappy welder, but I'm a pretty good grinder)
T

I think there are many magnitudes to being a car guy. I highly respect those who can take a non working discarded rusted mass and turn it into something that others drool over. That goes for those as well that pick up a wrench and bolt on another 25% more HP and Torque. I cannot do the first, I have done the 2nd, will I do it again?

SPDguns said:
The lift is at my house in my driveway. Am I a car guy? Draw your own conclusion!

Now THAT is frigging AWESOME!

Am I a car guy?
Built my first car, 55 Ford Custom Line with a 272 CI Y block engine,(not a v block engine) single barrel Stromberg carb side draft from junk yard parts at 16 years old. Over the next two years, that engine evolved into a wanna be 312 CI Y block Police Interceptor using parts from junk yards. Found a 4 barrel manifold and mounted a carter carb on it, dual point distributor, and a 3/4 cam designed for marine use. (all low end HP) It was a three speed manual on the tree so it was converted to a three speed on the floor with a hurst shifter. Turn the shifting arms upside down on the tranny and it shifted like a 4 speed. Used the three speed manual with overdrive gears because the main tranny was then a close ratio three speed. Incredibly fast from stop light to stop light which was the "drag race" back in the day. It didn't have the guts for the 1/4 mile, but in a block or two, it was fast. Had several other vehicles that I modded like a 58 ford and a 66 Ford GT 390 with NASCAR heads that was incredibly fast in that day.
Grew up helping my dad rebuild his vehicles so it wasn't that hard to modify cars.
Now, my truck is going to the detail shop every so often and the dealership for oil changes. Been there done that and don't have a desire to rebuild anything now. Working on them is something I pay someone to do in support of our economy.