Summary from the story
"The brother of a cop-killer shot dead by police over the summer will face his own murder rap after the Georgia man allegedly gunned down a young married couple that lived next-door during a break-in - and was nabbed only after a string of robberies in which he was shot after stabbing a police officer."

This suspect's brother stabbed a Pentagon police officer to death in August before other officers killed him.
This suspect himself supposedly broke into neighbors' home in Atlanta area this week (firefighter and wife who had lived there a couple of months) and killed the couple, leaving their 2 year old son alive.
He allegedly broke into other residences the next day and was confronted by police, stabbing one officer before another shot him. Both of the injured survived.
Suspect has been "connected" to the break in and murder the day before; suspect supposedly broke into the same neighboring home back in April, before the two victims and their child moved in.
News stories talk about the two brothers' troubled pasts, possible mental issues. 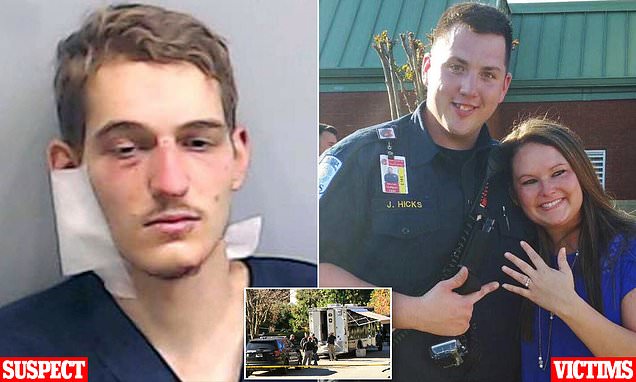 A 22-year-old Georgia man is facing a long string of 41 charges including felony murder following a crime spree this week that left a couple dead and a police officer injured.

H
Group home escapees, 12 and 14, shoot it out with Florida deputies during burglary