retrieverman said:
I’m not a fan of Christmas music at Christmas much less any other time of the year. 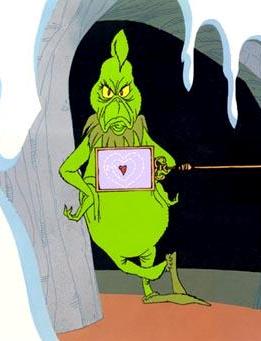 Wouldn't have helped today, at least my 5 year old pair wouldn't have. The video didn't really capture how loud that really was. Next time I'm just going to grab my stuff and head to the house.
W

Zaphod Beeblebrox said:
I was a band geek in high school, and concert band started immediately after marching season ended. Our football team wasn't spectacular back then, so marching season ended no later than early November. The MINUTE after, we started in on the Christmas Concert. Same music. Every. Stinking. Year.

I hates it. On an unrelated side note, I worked retail for many years, so I hate Black Friday too. If you're standing in line outside a store at 4 a.m., reconsider your life choices. BEFORE IT'S TOO LATE!!

I was in retail management for a short time and to be honest, I just dislike the months of November and December as a whole. The quality of humans decreases once Wal-Mart starts stocking their Christmas section. People are so focused on doing EVERYTHING except focusing on their driving, not stopping dead center in the aisles, and they get so combative over every little thing like it is the last deer in the forest and they just woke from hibernation. Add onto that the complications of playing family politics on how I get to see everyone I want to without pissing off the ones they dont get along with, it is all just a bunch of nonsense and has completely lost any of the meaningful intent behind the holidays.

To not be such a pessimist though, I do LOVE A Christmas Story this time of year. It is probably one of the few things I get excited about for this season. We sat down and watched it with my 8yo daughter for the first time this weekend and followed it up with A Christmas Story Christmas which was also pretty darn good.

I hate Christmas music all times of the year. That includes Christmas eve too.

To all the friends and wonderful people I have met here, thanks.
2

How do you get to Carnegie Hall - Practice