So my oldest daughter who is 12 has always stayed how much she loves the OG Humvee, and wants it to be her first vehicle. 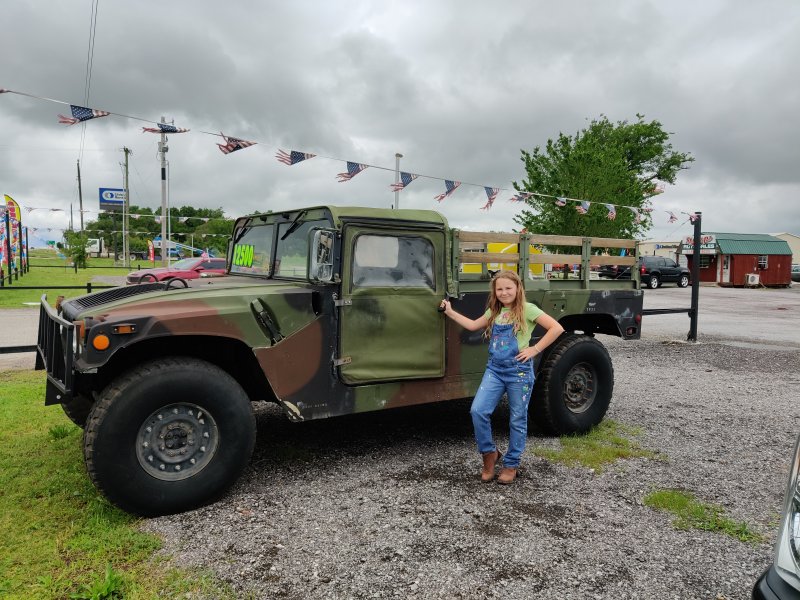 After explaining that it isn't realistic she said she was OK if she had to settle for my Wrangler. 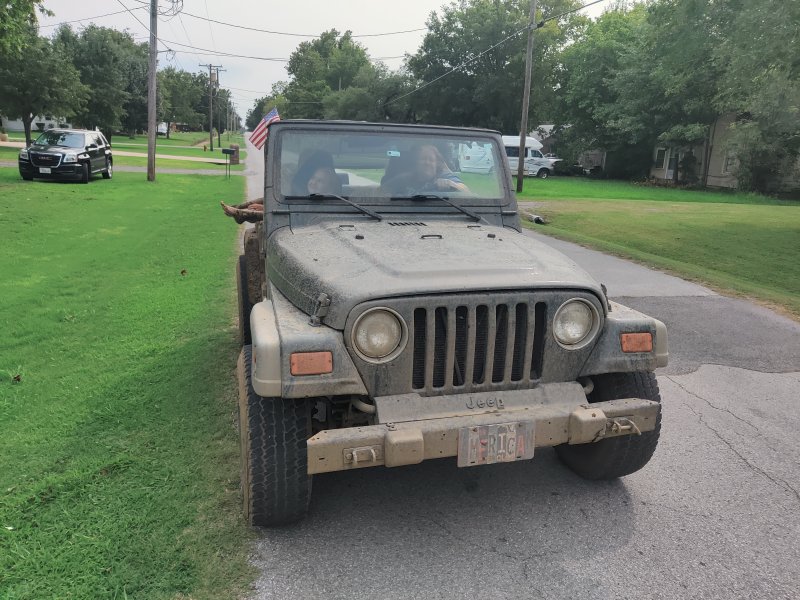 Having a fondness for my TJ (it will only be replaced with an 80 or 100 series landcruiser or equivalent LX). I had to tell her that wasn't an option either. She got really jealous when a friend's son got a project truck at 14. 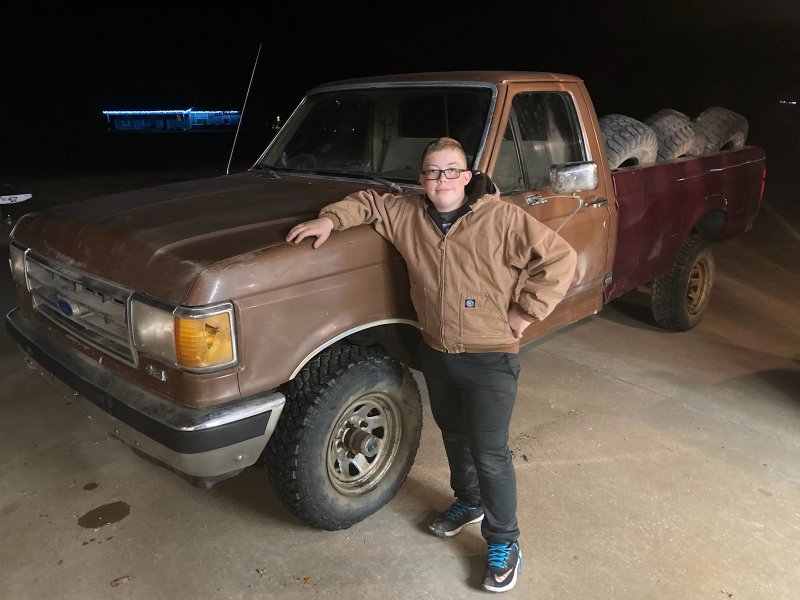 And it turned into this a week later. 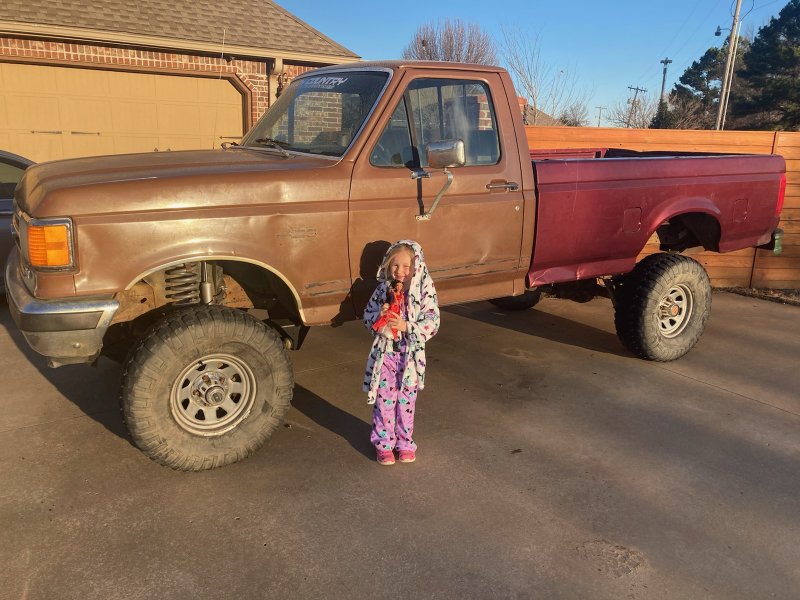 When she showed interest and willing ness to help replace the cooling system in the TJ I started a hunt for a project for us. 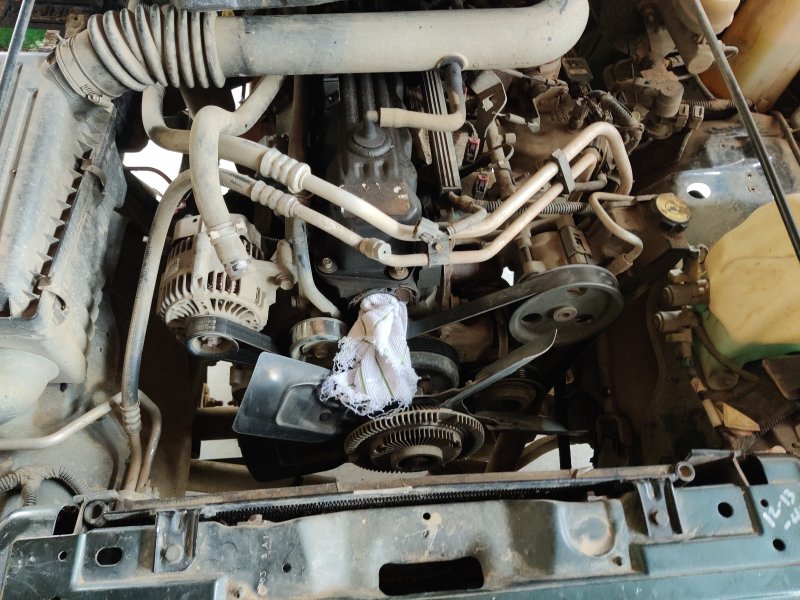 After a short hunt I found it. A 1990 Ford Bronco listed on this very sight. Has some issues not perfect, a fairly good project that we can slowly move along as funds and interest allowed. So after a few messages back and forth and the next day I was driving with the friend that got his son the project truck to OKC to trade for the Bronco. 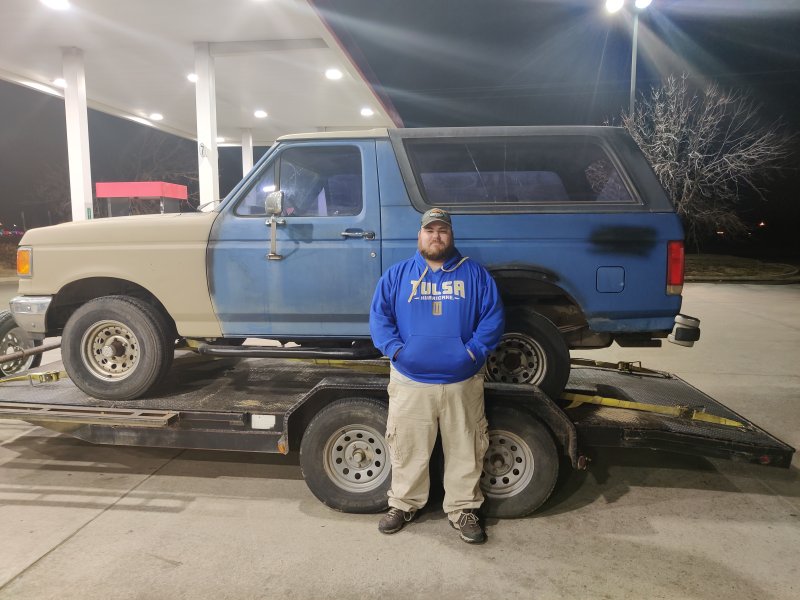 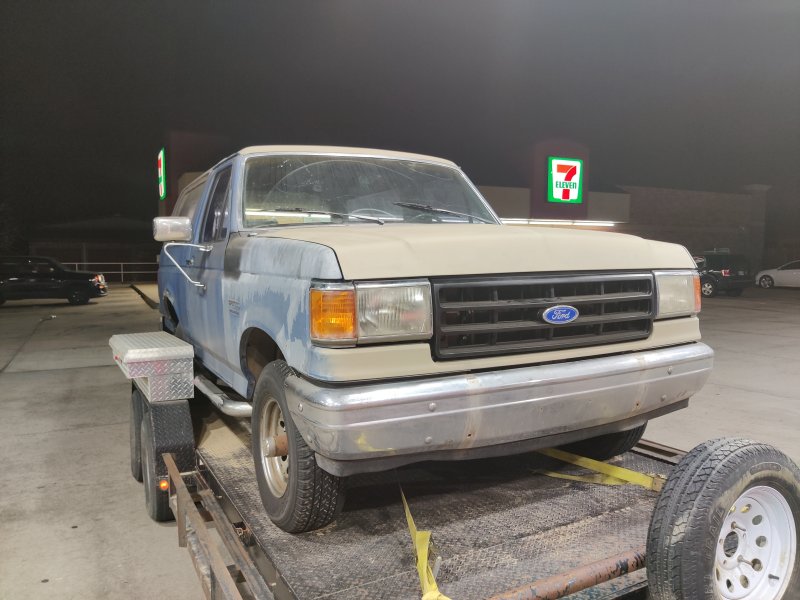 The next morning she got up and came outside pickled tink. It was better than a Humvee or my Jeep, because it was hers! 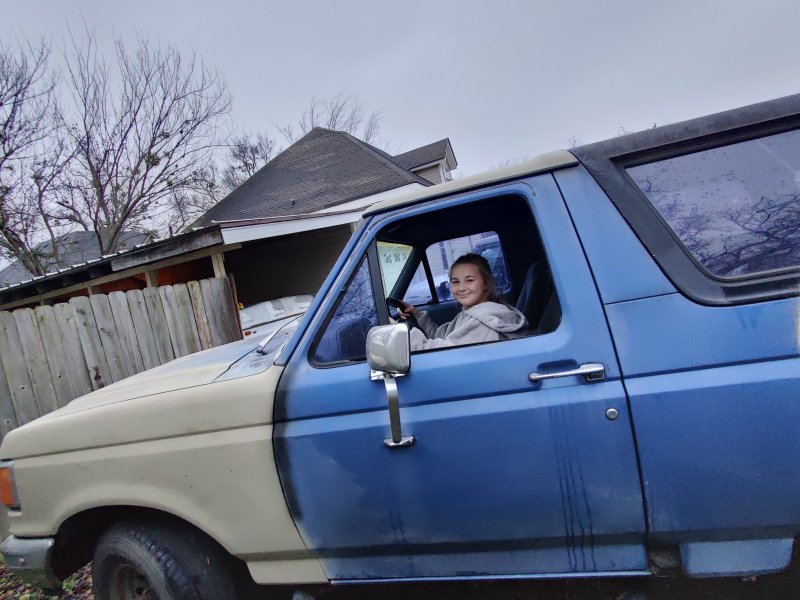 Now it's been a slow project and it has a decent check list of issues.

So got it home and she's glowing. We have messed with it some, but are about to ramp up moving forward. First thing we were able to tackle as a couple project was the tire situation. I need tires to just move it around my yard. After showering CL and Facebook market place I decided to get new tires for the TJ and transplant my 31s on to the bronco. So I found a slightly smaller set for the TJ that were nearly new and had her come and tried to show her how to negotiate. She did ok, and I came home with new shoes for the Jeep. But since she was getting my old tires she had to swap them out. She learned how to change tires and how to use a bottle jack, a scissor jack and a farm jack (she prefers the farm jack). I helped some and guided her alot, but she learned how to change a tire (X4) and that is a good skill to have. 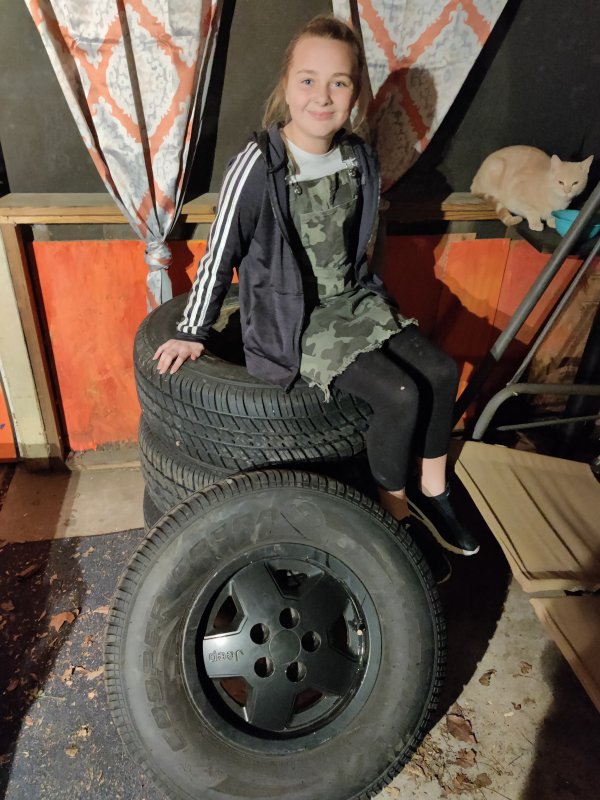 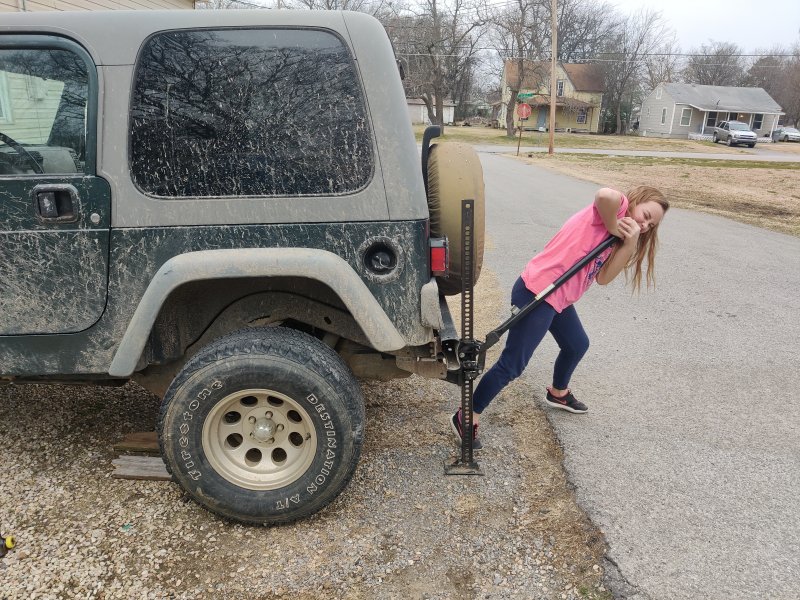 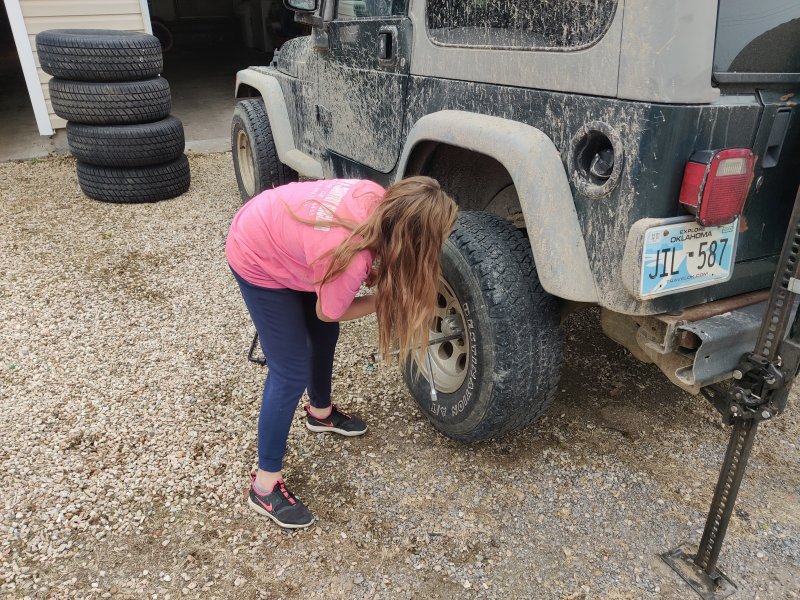 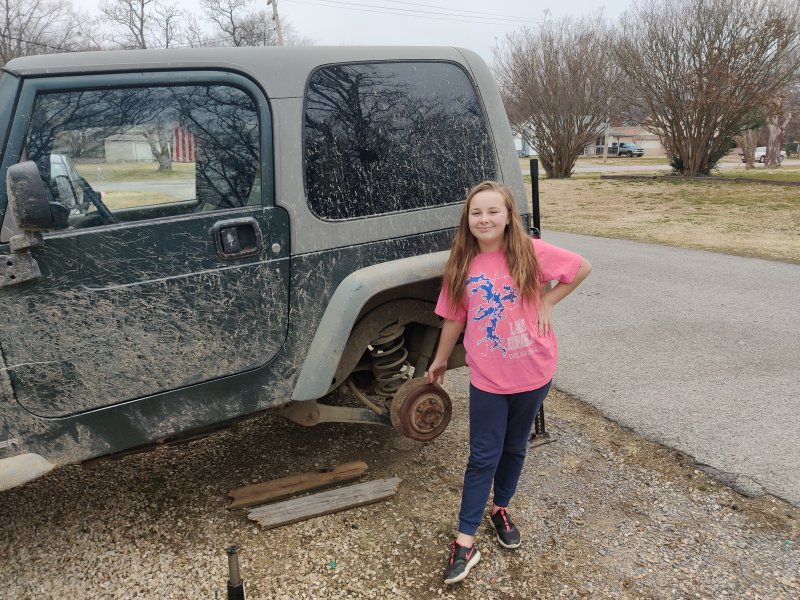 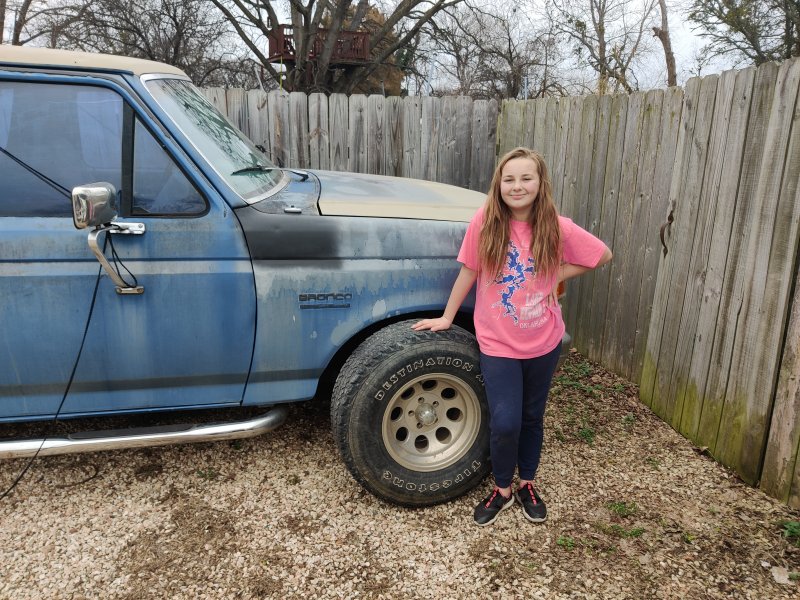 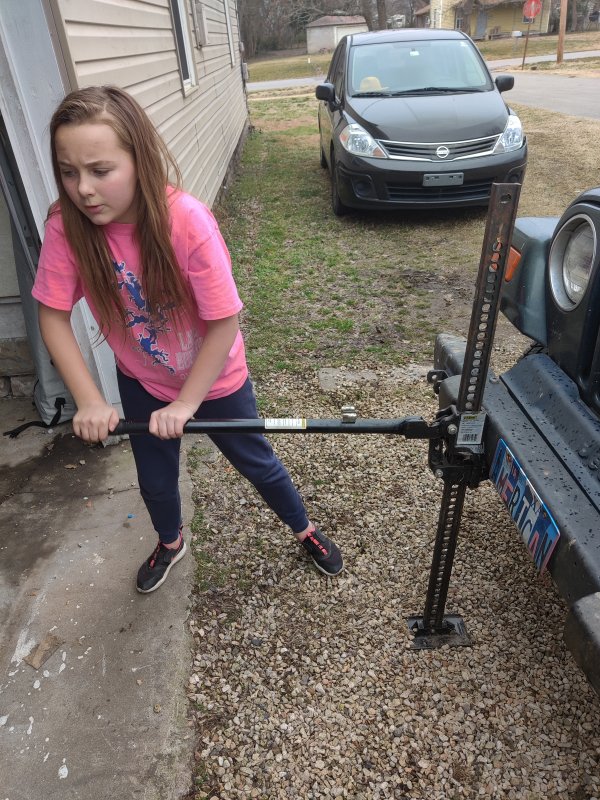 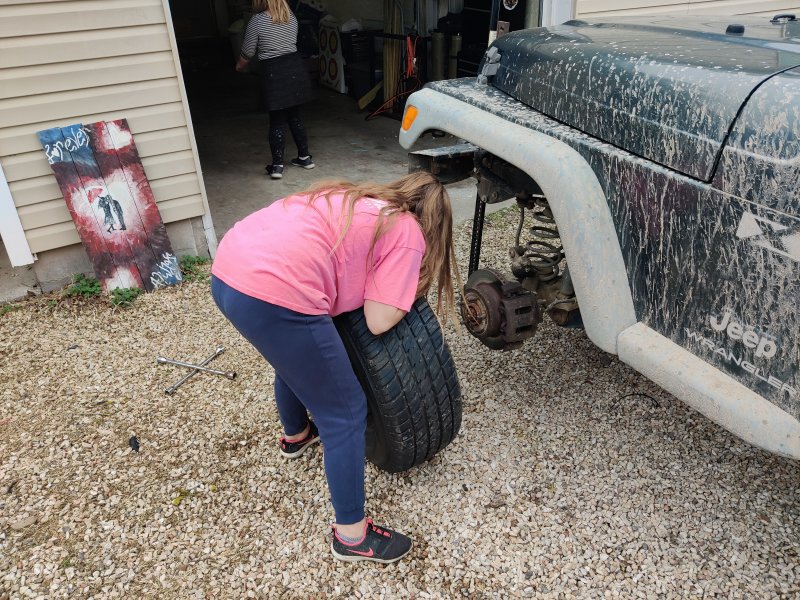 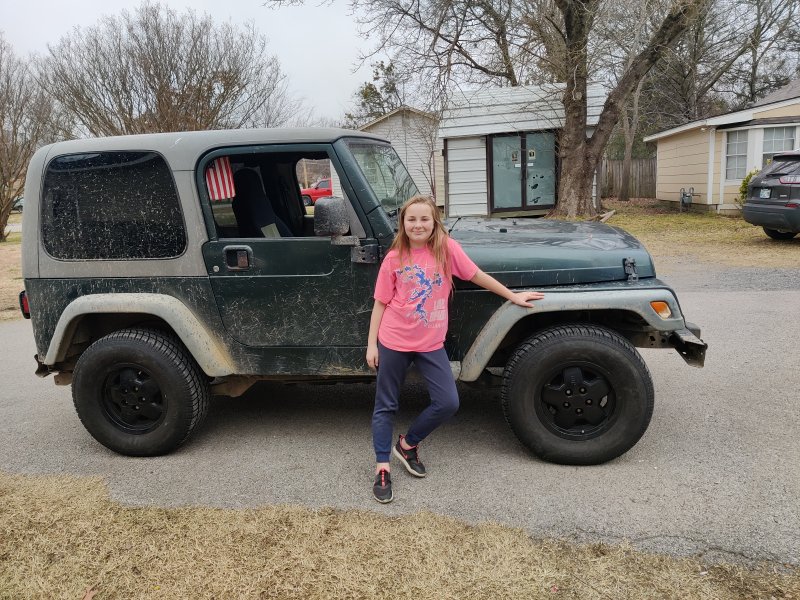 Next issue was getting the old 31s off of the old TJ rims and on the bronco rims. So we could pay a local shop 49-50$ and do this, or we could take it on ourselves. So we went to harbor freight and got a handy dandy tire changing tool! She assembled it and we waited untill a nice weekend. She and I were excited to learn as this was a first for me too. 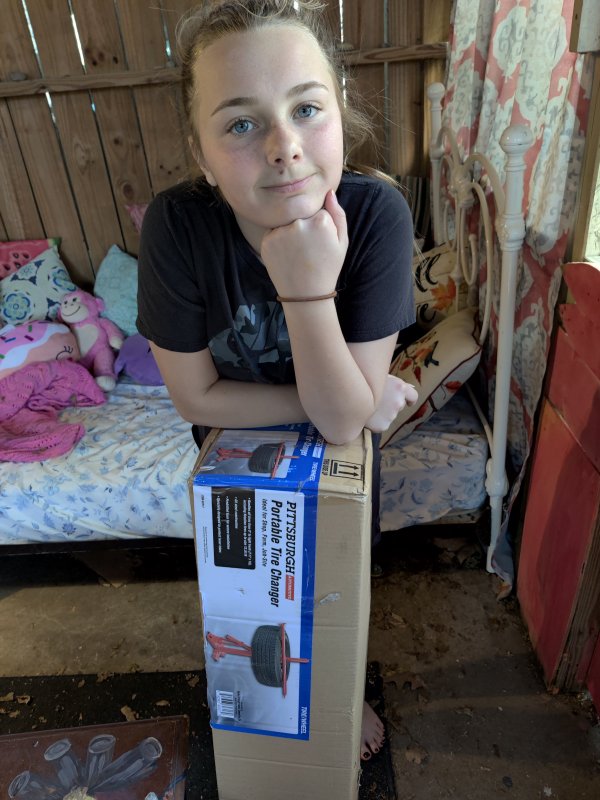 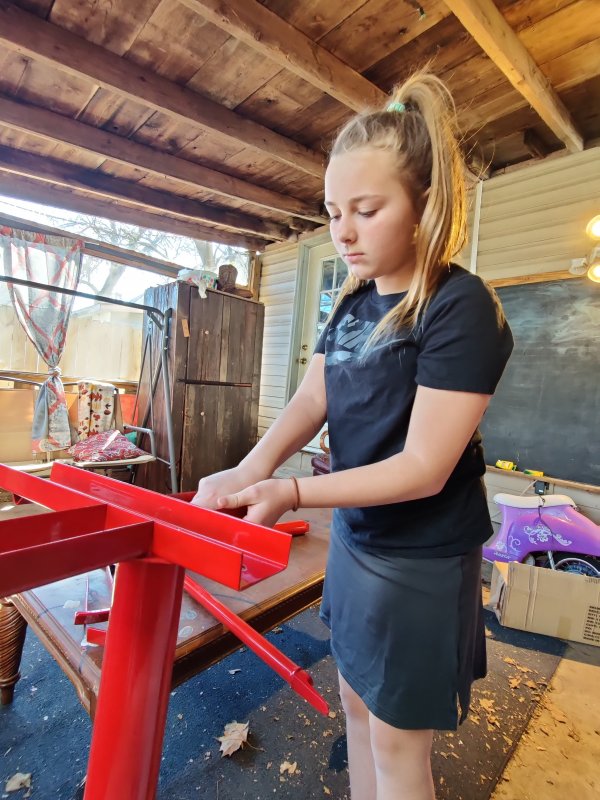 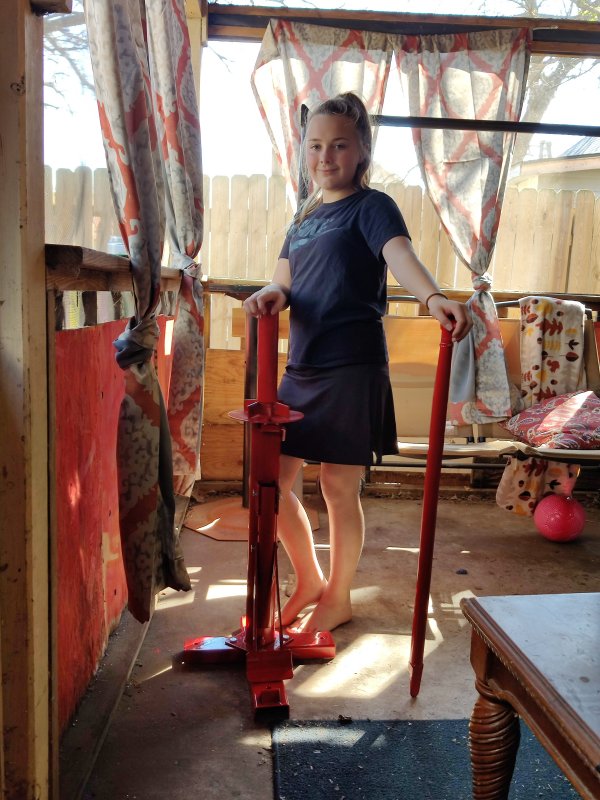 Called my buddy and his boy over also as this was a learning opportunity for them also. There was a few Great lessons to learn here. 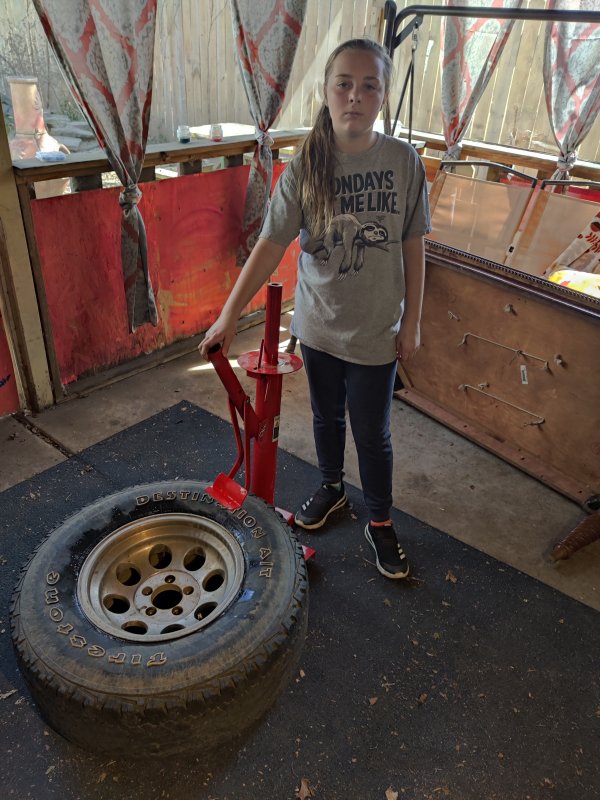 2. She got to try her hand at welding for the first time trying to fix said tool and strengthen it. 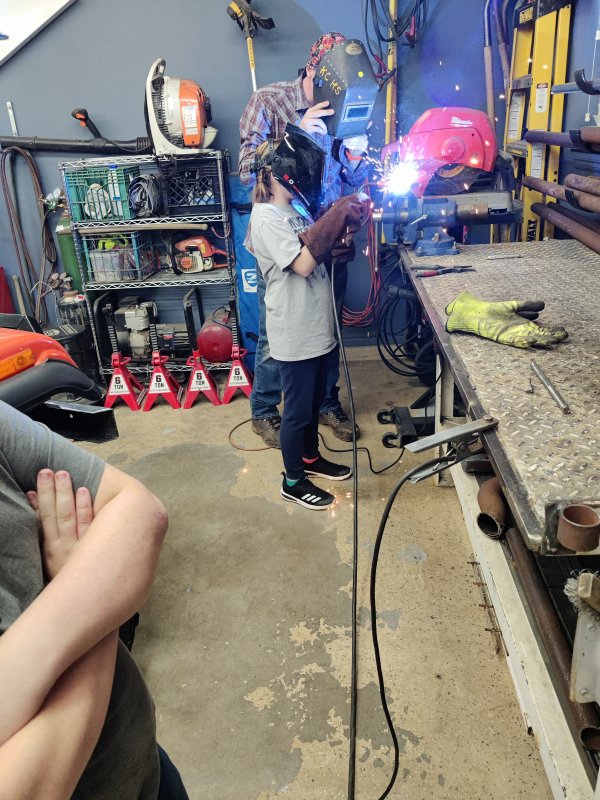 3. Even after fixing harbor freight tools, they still kinda suck. 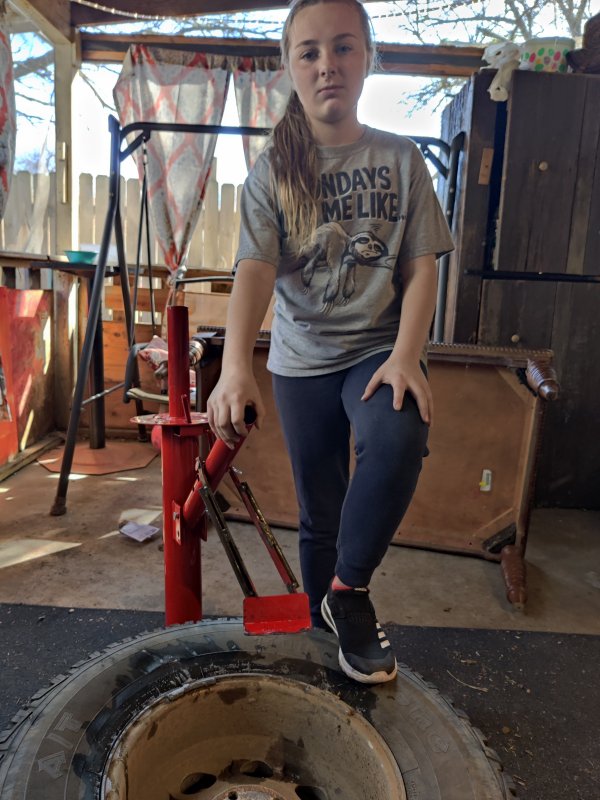 4. To find the sliver lining. For a 40$ harbor freight failure, she got to weld and is stoked about keeping the prybar in the bronco. So a tire shop is in our bear future and will be getting a new battery for it this week so we don't have to keep jumping it. Taxes and joes hush money ate around the corner, so I think the project is about to get pushed along. Ohh and the other day at an antique mall I picked up a box of CBs for 50 bucks. Hopefully they aren't all duds, will test them out as soon as the power supply I ordered comes in the mail. 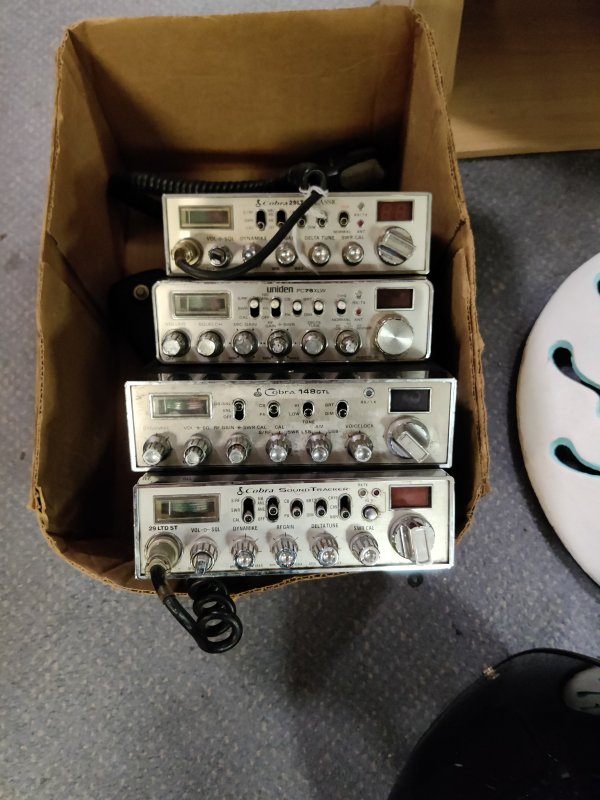 That's going to a nice first driver. Awesome that she wants to be involved in her first vehicle like that.

Way to go dad. You are building memories and skills that will stick with her for a lifetime.
Well done!

The project is definitely slow right now. Between school, band, being on 2 soccer teams, and pretty involved with church her schedule is fairly full. Then I have work and 2 more kids with activities of their own, so my time and energy level is also a little on the slim side.

She seems determined, cute and fierce. Seem to have a good thing going there, dad!

Wow, now that's what I call a good Dad. Even if the Bronco doesn't turn out like you want it, that's OK, because she will.

That's good stuff!!! My daughter did most of the gear swap in her Jeep JK with my supervision, rock crawls in our 71' bronco and helps me in shop when I get time to work on a 66' bronco restoration. Wouldn't trade those times for anything. Keep us updated!!!

You know if you take another truck & drive the front wheel over the tire portion, you can easily break the bead that way. Takes alot less muscle power too.