Ok, so I saw that there was a gun show at the Tulsa Fair grounds. I knew I probably would not buy anything, but there is always the chance and I like to see different models, pick them up, and basically window shop. However, I should have known better as the RK gun shows of late have been nothing but flea market level firearms at boutique prices. Today was no different. About the coolest thing I saw were three AMT backups and an AMT full size .22 LR. There was nothing good for ammo, and what ammo I did see was years old stuff that has been lugged around to several gun shows and won't sell because of the price. One guy had Blazzer 9MM 50 rd boxes going for $30. I told him I could get the same ammo for 19.95 at academy. He just shrugged his shoulders and said his prices were firm.

I did see two friends I've not seen in a while, so that was good. The best thing I took away from it today was this pic: 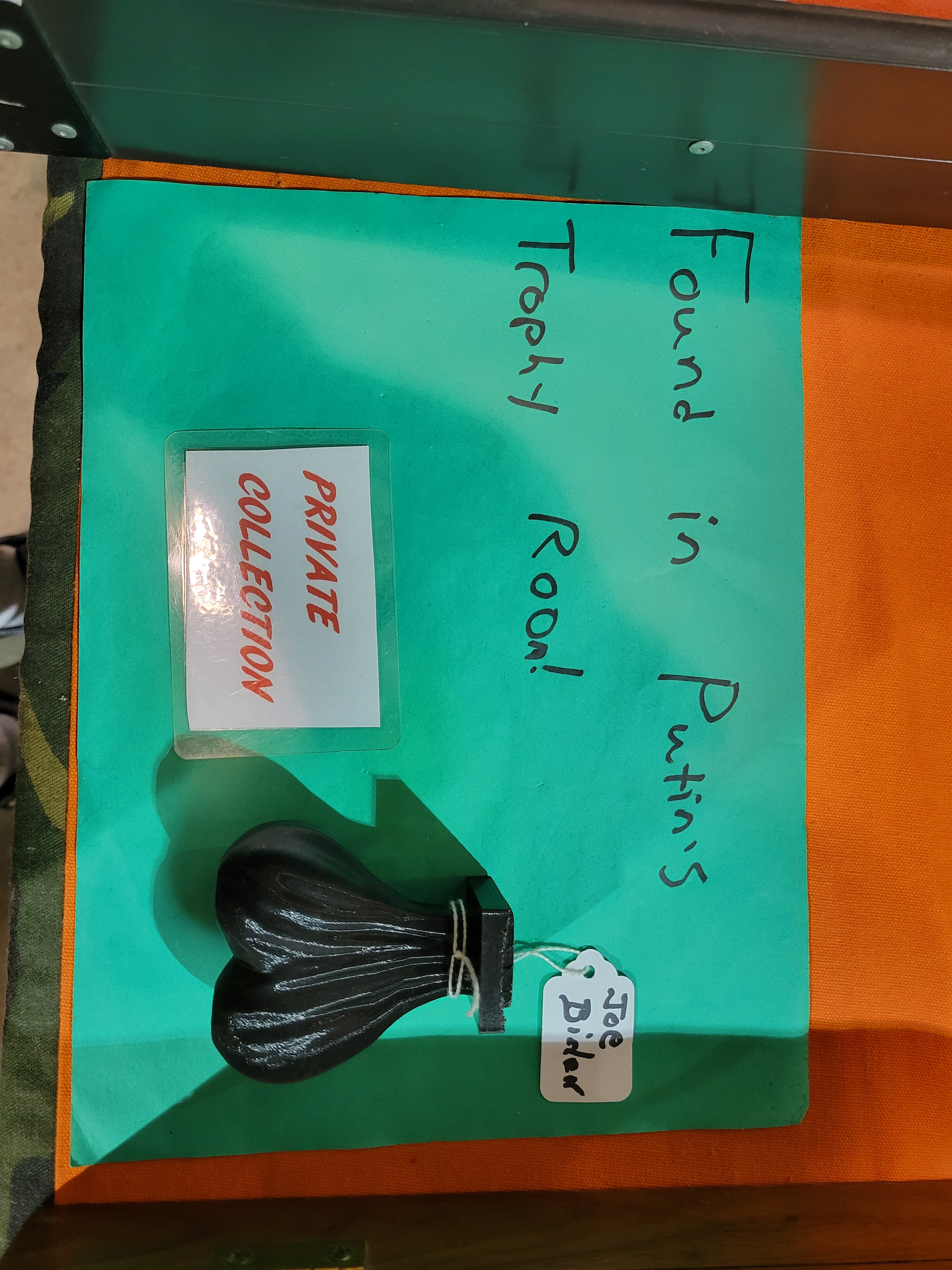 So I will not be going back to another RK firearm flea market again. I'll wait for the one in BA and Wanenmachers.

When is the one in BA? I might like to check it out. The Wan. is great, but too tough to cover in a single day.

kingfish said:
When is the one in BA? I might like to check it out. The Wan. is great, but too tough to cover in a single day.
Click to expand...

Oct 29-30 at the Rhema Recreation center. Its on 71st/Kenosha right across from Just Another Hole.

I went yesterday, and while I'm not as negative on it as you (as in "never go back"), I didn't feel like it was a good show or worth the time/money.

The last several I have been to it wasn’t worth the cost of admission, most guns were over retail price and half the booths were full of non gun stuff.

I spent a couple hours there yesterday and saw a couple decent deals. One that I am kicking myself over is a LNIB Ruger MK IV Hunter Talo edition. Had it been the stainless model I would have snagged it. Should have anyway.
Also saw a few decent bolt action 22’s for sale and a guy selling 9mm for $18.95 per 50
Last edited: Jul 31, 2022

I went today. Saw lots of old friends. Chatted a while. Bought a box of federal 9mm 150 gr subsonics I have been wanting to try. No dealer in Tulsa has had any. Yes, most prices were high but the days of distributors dumping and dealers selling 5 or 10 bucks over cost are long gone.
5 dollar breakfasts are now 15.
19.95 steak dinners are now 50 bucks
10 dollar plywood is now 40 or more.

I went today and a couple came by my buddies table where I was hanging out, they said security saw them walking out with a gun and 15 rds of ammo for it in a plastic bag, they took the ammo and said it was being confiscated because they didn’t allow loose ammo in the show, they took gun out to their car and returned to tell my buddy about it and he went and got their ammo back ?

Some gun shows have cheaper firearms than OSA, sometimes, not always.
Still love my OSA..

I have lucked on to some really good deals at small gun shows.

Bob Doucette of the Tulsa World My reply to his making America Safe with Gun Control.