These damn spammers figure out the holes in the system then attack again. I really think it is all related to our education system failing us not teaching the individual to think critically and the morals of the person not being followed that causes this behavior. If there weren't gullible and self-righteous people there would be no market.

I am almost getting the same crap that is filtering through here on my phone. I'm getting multiple texts daily for weeks now to a [email protected] website from an email address that changes randomly and it is sent to "20 others". The 20 others also include email addresses and Sunday the perp really pissed off "the others". I got replies from a bunch of mad people on the list when they replied to all.

Here is the problem. My iPhone has the option to block any incoming phone number after the fact. When I get one from an email address, it doesn't give me the option. I have to create a contact and then block it.

AT&T gives you an opportunity to send them a copy of the email to 7726, (SPAM) but they want the phone number associated with it and there is none.

My wife, son and daughter get them, we're on at&t. I never received a single one as of yet. I'm android and they use iPhones

What are they doing about them?

AT&T isn’t “handling” emails, you email service provider is. This has nothing to do with ATT and more to do with google/minisoft or whoever your email is through.

GlockPride said:
AT&T isn’t “handling” emails, you email service provider is. This has nothing to do with ATT and more to do with google/minisoft or whoever your email is through.
Click to expand...

No it comes from a generic google e-mail to you as a text. They do this by sending to bulk phone numbers through their e-mail which come in as texts when sent to your personal [email protected] for AT&T or [email protected] on Verizon. There's no "Block this Number" available that way. It's a real PITA.

Just ran into this in the last week or so. Huge pain in the ass and I have not found a decent solution yet.

devildog88 said:
Just ran into this in the last week or so. Huge pain in the ass and I have not found a decent solution yet.
Click to expand... 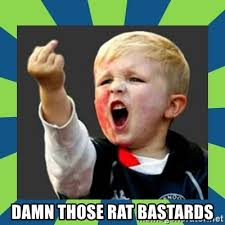 There isn't a great option for eliminating texts from emails... there are some things you can try but none of them work perfectly and all have some draw backs.
The first two should help reduce them, but MAY prevent you from getting some texts you actually want, for example if you sell something here and post your cell number for potential buyers to text you, you may not get texts from them.

1) Open Settings
Tap on Messages
Scroll down and turn on the Filter Unknown Senders option
This just creates a separate folder and directs messages from anyone not in your contacts to the "unknown senders" folder. So you still get them, but don't necessarily have to look at them.

2) There are some third party apps that do essentially the same thing, such as SMS Shield, Robokiller, TrueCaller, or KeyMessages (and probably others), most of them have a small fee. They do basically the same thing as #1, create a separate folder and direct spam texts there where you can look or not.

3) Call your carrier and see if they can block them. I've seen posts saying AT&T can do this, but apparently not all agents are familiar with it. One said tell them to look at "Article *446389" and it describes to the agent what settings to change to block it.

I remember one article saying if you call AT&T you MUST ask for a specific division of tech support, but unfortunately I can't find that article now. If you google "block texts from email address" you'll find a whole bunch of articles with basically the three suggestions above, and you may find the one with the specific division to ask for. Results are mixed as far as success with getting help.

For AT&T, you can also report them by forwarding the text msg to 7726 or report it to [email protected] but apparently each email address must be blocked individually, and scammers tend to randomly change email addresses so it may not help.

I can't say that neither the wife nor I get spam text messages. Maybe Android phones have an advantage?

We do get the occasional spam phone call. Oddly, we've not received one about warranties in a while, but the wife keeps getting some with a recorded voice informing her that if she doesn't take "their recommended action," there will be legal ramifications.

I have an Android phone and fortunately I get very little spam in any form.

A message for our times?