Braved the crowd this evening and took a buddy fishing. We caught around 50 sand bass and hybrid. Kept a few for fish fry. Tossed the rest back. 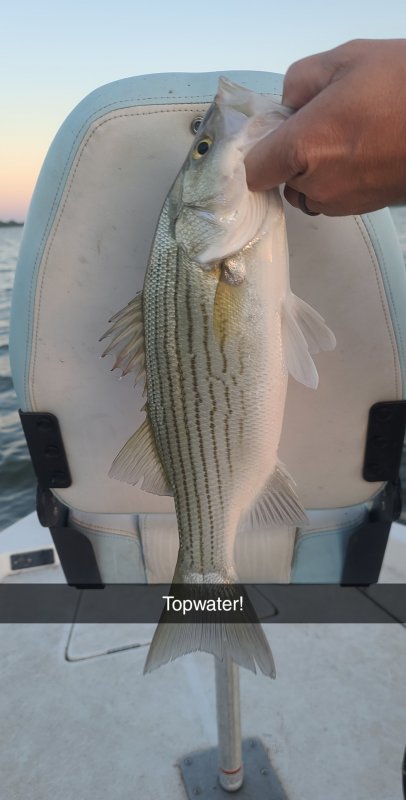 Pond stocking today.
Buddy and I went to three farm ponds and caught bass between 6" to 4.5 lbs. Transported them to my new farm pond that is close to an acre in size dug out by the neighbor with his track hoe so his cattle don't have to walk so far to get a drink. He actually dug out two old ponds that had been filled with sediment. No fish yet in the smaller one that is 1/2 acre. Both almost 30' deep now. Ground water reached in one so it will never go dry again.
We put in 51 bass into a 1 acre pond from 6" long to 4.5 lbs along with 10 perch.
We are putting out 4 perch traps tomorrow morning to get food into the pond so the bass don't cannibalize their own small ones as much.
Three different blood lines, a good mix of small to very large so think that sets up a perfect food chain right off the start. There has to be a mix of female and male bass so there will be a spawn next spring.

Youngest caught this with shrimp…4lbs 4oz 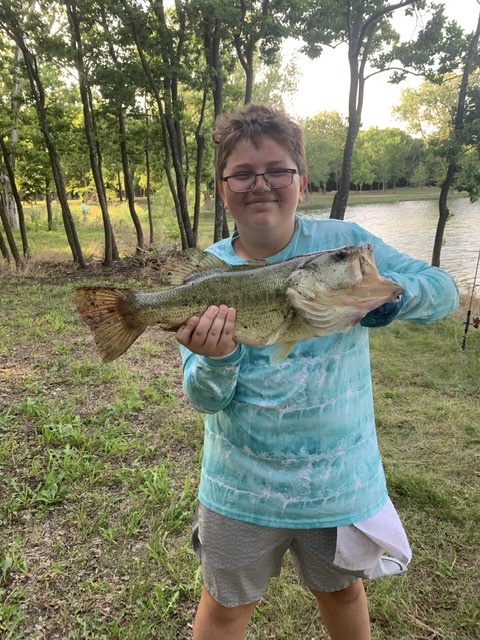 Went to Ft Cobb Saturday morning with my son. Weather was great until the wind came up around noon. Only caught this guy. My photographic skills are pretty poor. He was a healthy, good looking fish, probably 1.5-2 lbs. So I invited him to dinner.

Took a non-fishing friend to Lake Elmer for Free Fishing weekend this morning, we got a dozen or so bluegill.
He had a good time, said he'd only caught one other fish in his life.
Only got one pic on his phone, so I don't have any to post.

I took a friend and his 5 year old son out on the boat yesterday evening. The boy watches Wicked Tuna often and was thinking we would get money for our fish at the dock. It was a great time! We kept 13 for for 2 family fish fry. Turned about 20 or so back. 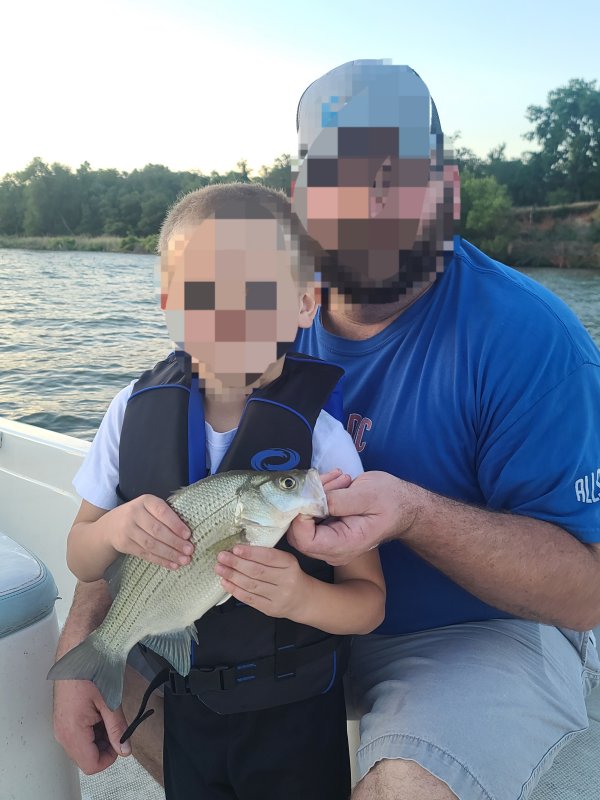 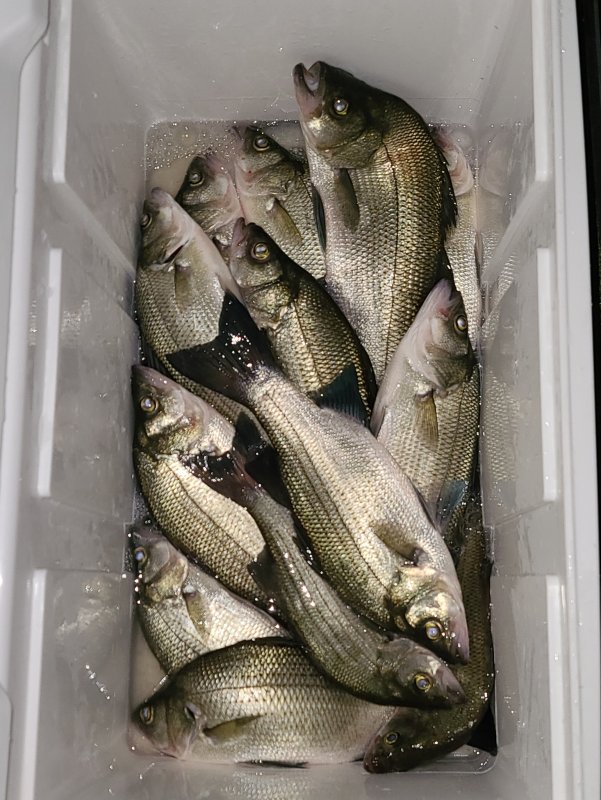 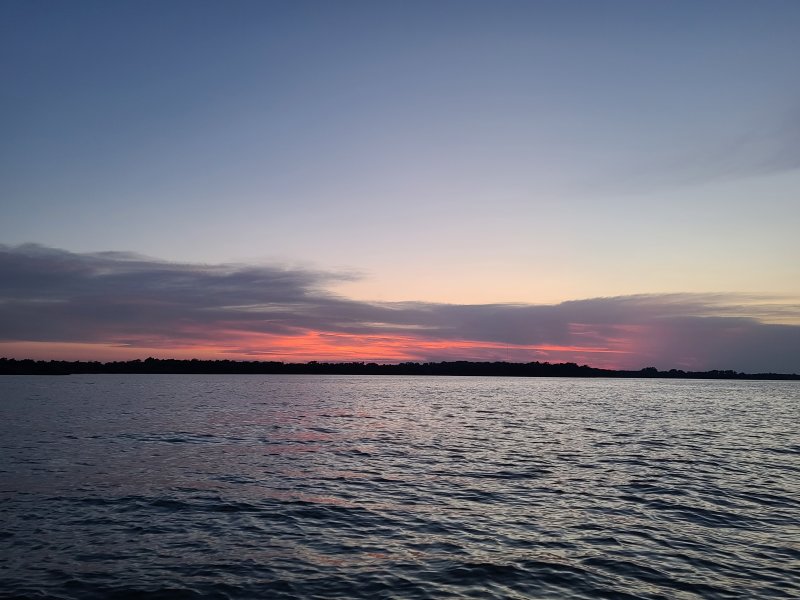 Fished last Sunday in the 45 mph wind gusts. We stayed out in the rough water for as long as the trolling motor batteries would hold us. Fishing was incredible. Conditions were rough. Lol. A 72" trolling motor would come out of the water when boat would go over peaks. We only kept a couple hybrid that were hooked deep.

We were "spot locked" only casting distance from knee deep water. Casting where the waves were crashing into the shallow water. It wouldn't take long to be in a bad spot if the TM didn't hold us. We fished for about an hour before we could tell we were losing ground.

We moved into a cove where it was calmer as the wind came over a hill. We caught several nice crappie that did go into the livewell.

My friend with one of the 6.5# hybrid that was released. 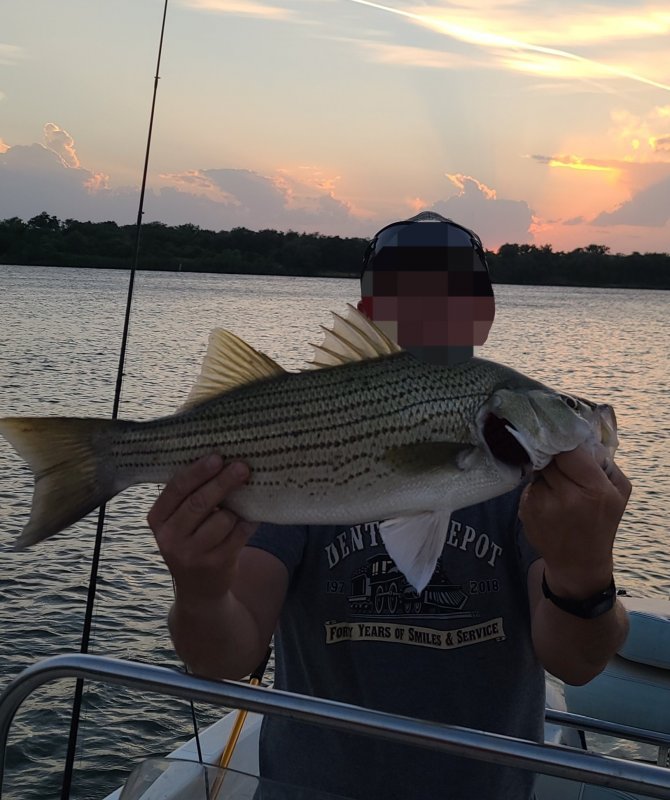 The little spillway at Haskell lake has been repaired and with recent rains she getting back to a normal level. 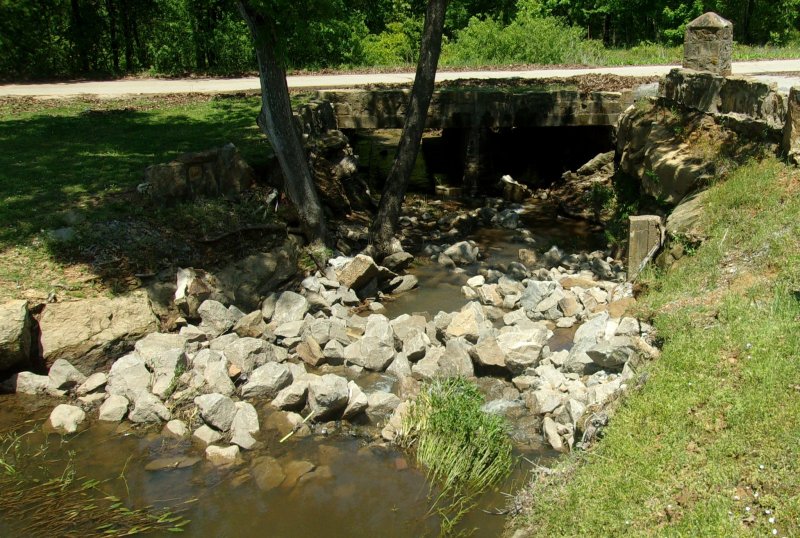 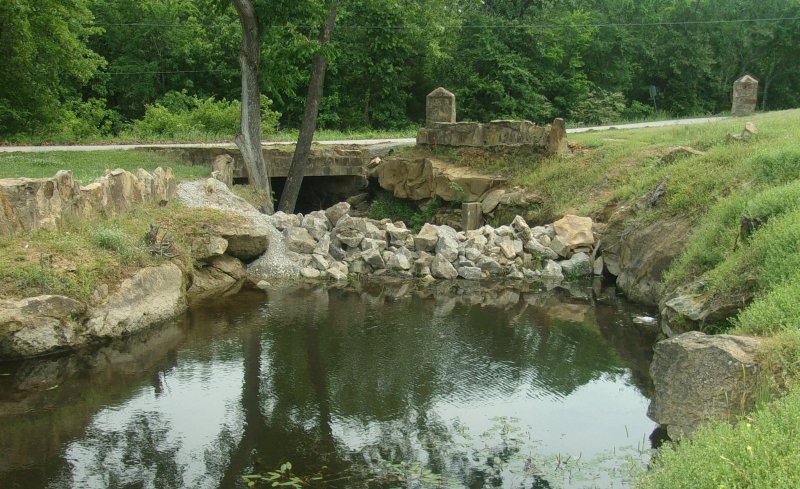 I`ve been working the grass beds with a poopers hunting for Sunnies...
This was from yesterday morning before that storm rolled in. The temp dropped, the wind picked up and it got dark enought that the lights came on, as soon as I seen the first flash and heard the thunder I called it a day---<*{{{>< 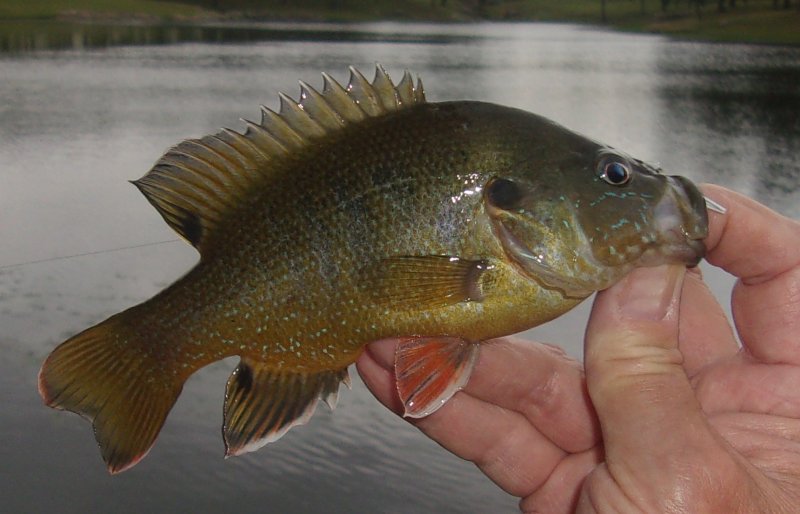 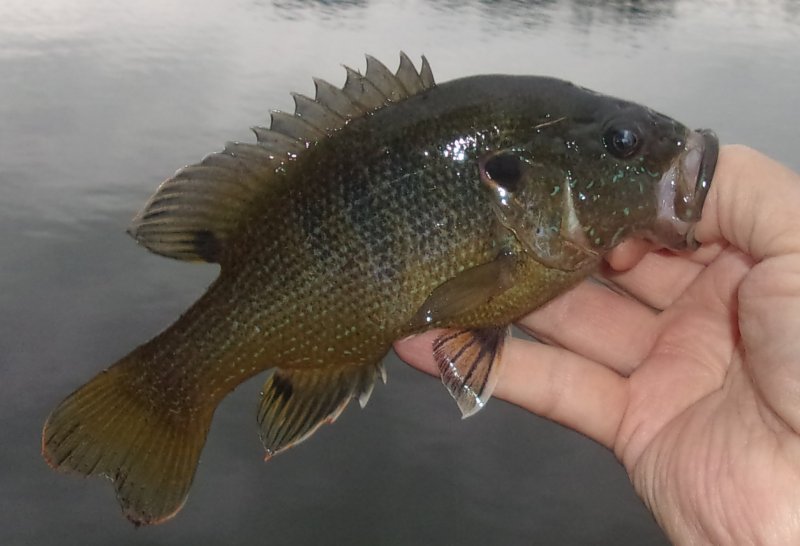 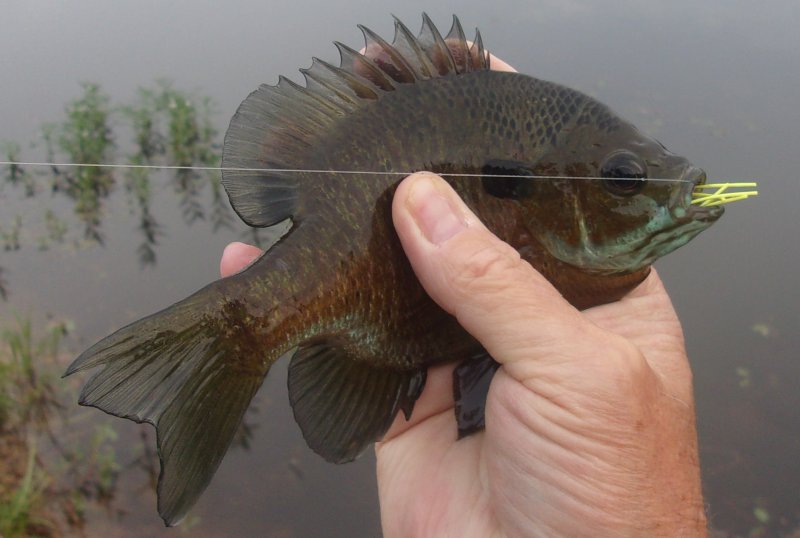 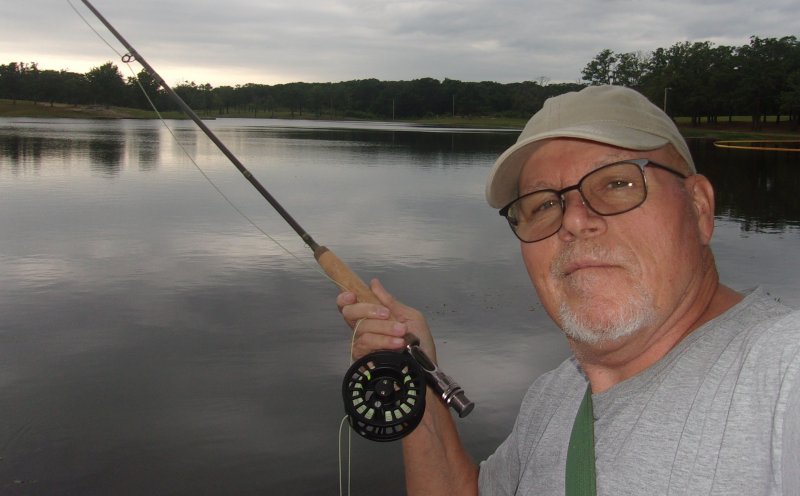 You provide the boat, we will buy the fuel
2