“It’s essential that the federal government be able to adequately track all revenues and expenses, along with its assets and liabilities. It is critical to improving the accountability, effectiveness and efficiency of government operations,” said Gene L. Dodaro, Comptroller General of the United States and head of the GAO. “GAO’s audit report makes clear the continuing challenges to providing policymakers with the accurate and complete financial information needed for ensuring accountability and making difficult policy decisions.”

Acknowledging ongoing efforts to resolve the government’s financial management challenges, Dodaro called for strong and sustained commitment by DOD and other federal entities, along with continued leadership by the U.S. Department of the Treasury and the Office of Management and Budget, to achieve more accurate and complete financial reporting.

Dodaro also raised concerns about the problem of improper payments by federal agencies, which GAO reported as a material weakness. Such payments are estimated at about $141 billion for FY 2017. Other material weaknesses reported by GAO this year included information security across government and tax collection activities.

Dodaro said he was pleased by the recent actions which will allow the federal government to continue to borrow funds to finance the decisions already enacted by Congress and the President. He emphasized the importance of safeguarding the full faith and credit of the United States and noted that GAO has recommended the Congress change how it deals with the debt limit so that decisions about borrowing are tied to the spending and revenue decisions at the time when those decisions are made.

Dodaro added that the Financial Report, and simulations by CBO and GAO, all show that the federal government currently is on an unsustainable long-term fiscal path. He noted GAO has recommended that the Congress develop a plan to address this long-term outlook, even as it must respond to near-term economic and national priorities.

Dodaro thanked the Inspectors General throughout government for their hard work and professionalism in auditing the annual financial statements of their respective departments and agencies.

GAO's audit report on the U.S. government's consolidated financial statements is included in the 2017 Financial Report of the United States Government, which is prepared by the Department of the Treasury in coordination with the Office of Management and Budget. GAO's audit report is available on GAO's website at www.gao.gov/products/GAO-18-316R.

The Government Accountability Office, known as the investigative arm of Congress, is an independent, nonpartisan agency that exists to support Congress in meeting its constitutional responsibilities. GAO also works to improve the performance of the federal government and ensure its accountability to the American people. The agency examines the use of public funds; evaluates federal programs and policies; and provides analyses, recommendations, and other assistance to help Congress make informed oversight, policy, and funding decisions. GAO provides Congress with timely information that is objective, fact-based, nonideological, fair, and balanced. GAO's commitment to good government is reflected in its core values of accountability, integrity, and reliability.

Hot damn! Got a screen shot to work

This is the US Dollar value over the last 12 months compared to other currencies. 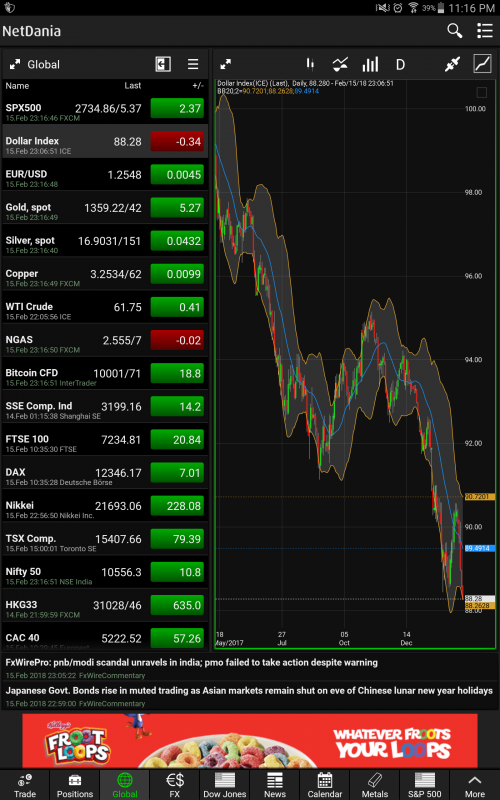 If you're planning a trip abroad, get your exchange made soon.
Inflation anyone?