Just got this today From Oklahoma Wildlife Department.

Having trouble viewing this email? View it as a Web page. 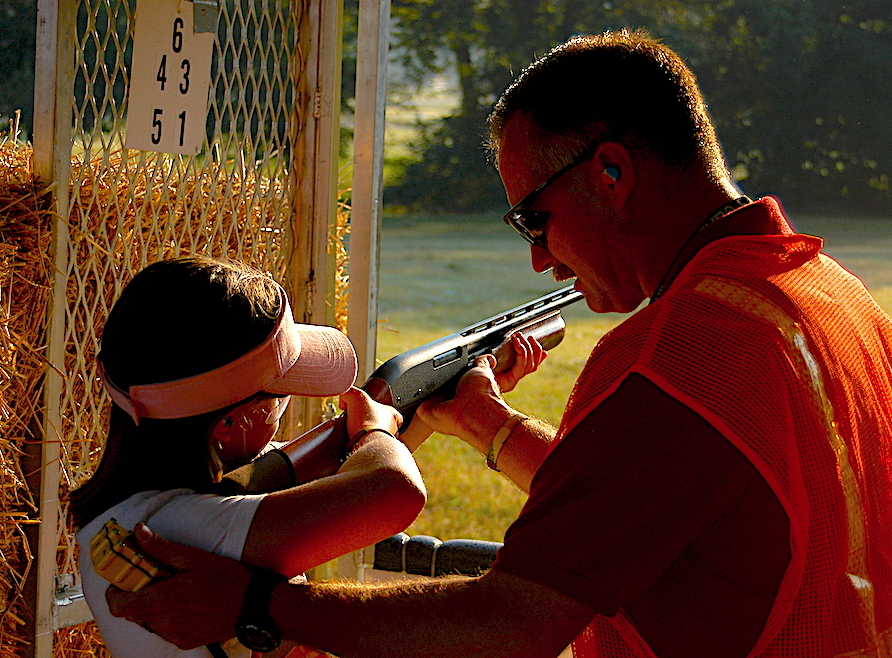 August is National Shooting Sports Month in Oklahoma, as proclaimed by Gov. J. Kevin Stitt. And there's no better time than now to introduce someone new to the fun and satisfaction of the various shooting sports. (wildlifedepartment.com)

National Shooting Sports Month provides the perfect opportunity for experienced target shooters and newcomers alike to head to a shooting range and experience what hundreds of thousands of Oklahomans have long appreciated — that a day at the range is a day of fun!

“If you are a recreational shooter, we encourage you to take someone shooting during August,” said Damon Springer, coordinator of the Oklahoma Scholastic Shooting Sports Program (OKSSSP) and Shotgun Training Education Program (STEP) for the Oklahoma Department of Wildlife Conservation. “A day at the range can be the beginning of lifelong memories to come.”

Those sport shooting programs, along with the Wildlife Department’s suite of other educational programs that bring archery, fishing, bowfishing and bowhunting into the schools, make Oklahoma a Top 10 State for outdoor education and a trend-setter nationwide among conservation agencies.

Springer said Oklahoma has had ties to recreational shooting dating to before statehood. In recent years, some shooting sports have become competitive events. Oklahoma shooters including Jon Michael McGrath and Zac Womack compete at levels as high as the USA Shooting Team.

The monthlong celebration of sport shooting, developed by the National Shooting Sports Foundation (NSSF) in 2017, reminds people that everyone can enjoy these safe, fun and social activities. It’s also the perfect time for an experienced shooter to mentor a newcomer in a sport that can provide a lifetime of enjoyment at every skill level.

Sport shooting is one of the fastest growing sports in America, but has always been important in Oklahoma. The state has roughly 317,200 handgun shooters, 308,400 rifle shooters, 241,200 shotgun shooters and 76,000 muzzleloader shooters. These recreational shooters spend in excess of 10.8 million combined days annually engaged in shooting sports.

Recognizing the importance of sport shooting to Oklahomans, the Wildlife Department is engaged in a multi-year plan to renovate public-access shooting ranges for recreational shooting opportunities across the state for the benefit of shooting enthusiasts.

“With National Shooting Sports Month here, we encourage you to go outdoors and enjoy a day of shooting with friends and family or brush up on those wing-shooting skills for the dove hunting season opener that will be Sept. 1 in Oklahoma,” Springer said. “And whenever you go shooting, be sure to take the time to introduce someone new to the sport.”

To learn more, go to www.letsgoshooting.org. 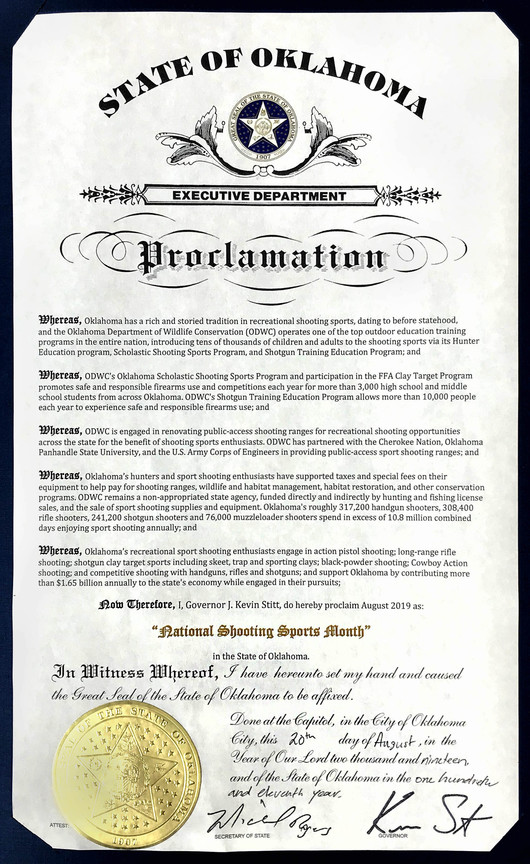 My kids shoot year around, not much in December, January, and February though. The state shooting programs run during the school year only, 4H, FFA, OKSSSP and STEP.

Still a bold/gutsy move after the recent shootings IMO.

This guy may be a keeper.

2 of the 5 grand kids are old enough to have shot and the 12 coming 13 y/o grand daughter is pretty good..

I'd guess ya'll have some catching up to do, Brownells has had good deals on .22...

This should be a national thing, with special sporting events in the news, the POTUS announcing it, etc.
A celebration of freedom.
And I'd like a billion dollars delivered to my house next week.

This guy may be a keeper.
Click to expand...

I like the way he keeps an even keel when they're trying to get a knee-jerk reaction out of him. More than once I've heard him say he'll wait for the investigation to run its course, and that you're still innocent until proven guilty in this country.

Yeah, he has no future in national politics...

chuter said:
This should be a national thing, with special sporting events in the news, the POTUS announcing it, etc.
A celebration of freedom.
And I'd like a billion dollars delivered to my house next week.
Click to expand...

There's so many youth involved in shooting sports in the USA right now it's really kind of amazing. Thousands and thousands just in shotgun sports alone. Some POTUS recognition would be great.

Okie4570 said:
There's so many youth involved in shooting sports in the USA right now it's really kind of amazing. Thousands and thousands just in shotgun sports alone. Some POTUS recognition would be great.
Click to expand...

He is too busy looking for a way to disarm us.