Guess the weight of Rocks in my cars.

For some reason, I thought we were only guessin' how much rock ya got from snattlerake... so that's what my 3k guess was for.

How did you know you were doing 176 mph in a 1978 nova. Tweaked a mph calculator 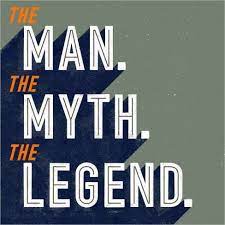 Actually did that to a point but the calculator numbers to input are in my head.
336 is a given to make the math work.
336 X gear ratio X MPH divided by tire diameter = RPM

So I was running at the track often and the math there put the torque converter slip at worst summer heat at 10%
So You must add 10% to the final number to get RPM If the RPM in the equation was 7000 then add another 700 for converter slippage.
Other than that the math was straight forward.
336 X 370 X 176 divided by 31" = 7058 Now tire growth at speed is a factor also.
I was running 31 tall Hoosiers on 8" rims at 150+ expect 5% to 10% growth.
Say 5% so add 1.5" to tire diameter. 6732 RPM then the 10% slippage = 7405 RPM I ran it to 7600 RPM and quit looking at the tachometer in high gear 1:1 ratio.
And looked up in the rear view mirror and seen my buddies headlights dip down from him letting off the throttle so I backed off also.
It pulled to 7600 in first gear and I went to shift and shifter was in a bind and did not go into second but I was not letting off as I was in front.
I kept pressure on the shifter and seen 7800 rpm and quit looking, it shifted and second gear did the same thing.
I quit looking at the tachometer at 7800 again and it finally shifted..I was thinking that tweaked Yamaha V-Max will pass me any second.
He topped out at 147 and I was 3 school bus lengths ahead and he said I was pulling away like he was sitting still.

Oh that nova was not a stock body or suspension deal either.
Most of the body was stock.
3" from the pavement for the front fiberglass spoiler.
No body donuts 9" Ford on heavier truck springs and a belly pan from the front spoiler to the middle of the crossmember.
Rack and pinion steering 2 grill openings that were 8 square inches each.
Homemade Cowl hood.
2780 lbs without driver.
The Corolla weighs 2740. Empty
The Geo was 2000 lbs Empty.
my 1957 chevy weighs 3800 with my 200 lb butt in it.
1947 Dodge truck I have is 3176 and will go on a diet for this next engine.

Weights were acquired from many trips over the scales hauling junk.
H

I carried 1 ton of wood pellets in and on a Toyota pickup, 22R Engine 4 speed. Went 5 miles slow slow slow slow. 50- 40lb bags. Way easier than rocks! I applaud you my brother from another mother!

You need a Hugo to round out your collection, or a Diesel VW Truck.

Binoculars and backpacks Things I do not use
2 3 4