Last year during the ice storm We had a whole house generator and were the only people in our entire neighborhood that had a Halloween display. It was kinda wimpy as it was pieced together from crap I had from years back but we had about 50 kids visit us.

This year after building the display for my pharmacist, I was going to go with another version of last year until I had an inspiration.

I had a patio umbrella and some PVC. Wifey had bought some incandescent lights last year we didn't use and a string of blue rope lights from my daughter's bedroom15 years ago.

I ran the PVC around the edge of the umbrella and used a heavy gauge aluminum wire inside to assist with the bending and assembly. THAT was hard because the PVC piping kept popping out of the T's. I finally glued them up after making sure they were all cut to the right length to be able to fit them into the umbrella's rib ends

The little silver boxes are 4 adjustable LED strobes that I got from the At Home store for $5 each. I snipped a piece of PVC pipe and cut a groove in the pipe so I can snap them to the ribs. I pop rivited the snaps to the strobe mounts.

The last picture is a prop electrical box with lights, a speaker and two motors that spin the conduits coming out of the bottom. 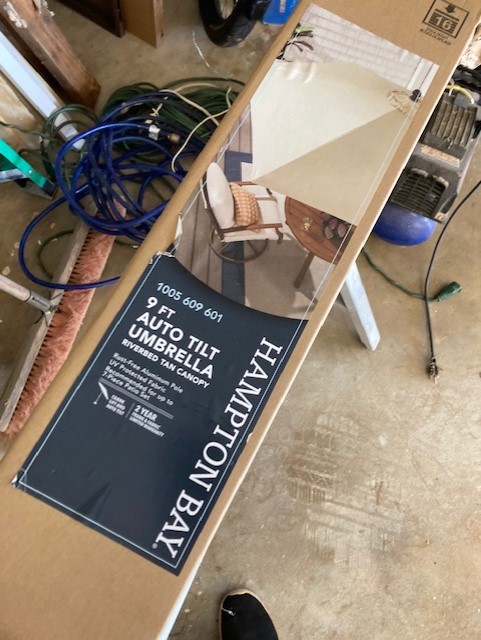 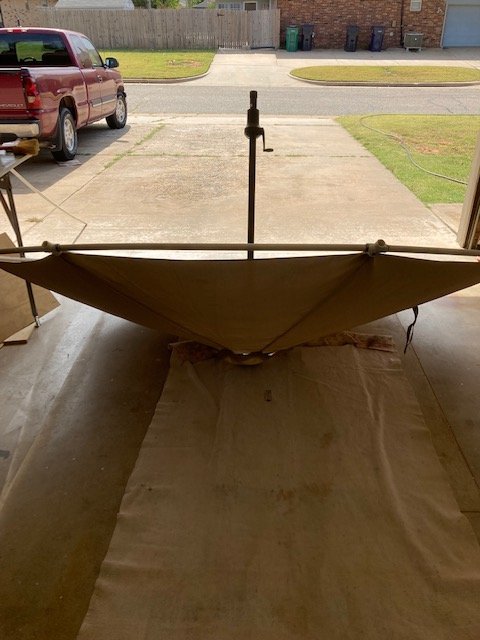 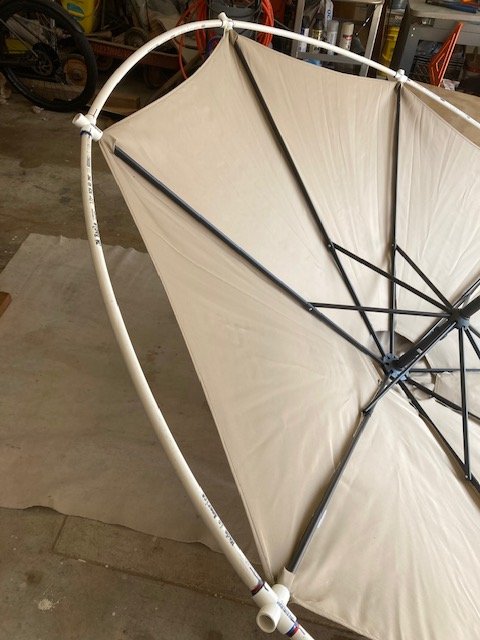 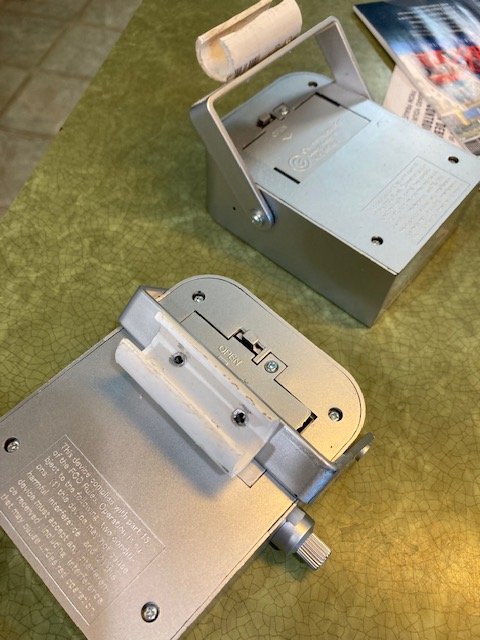 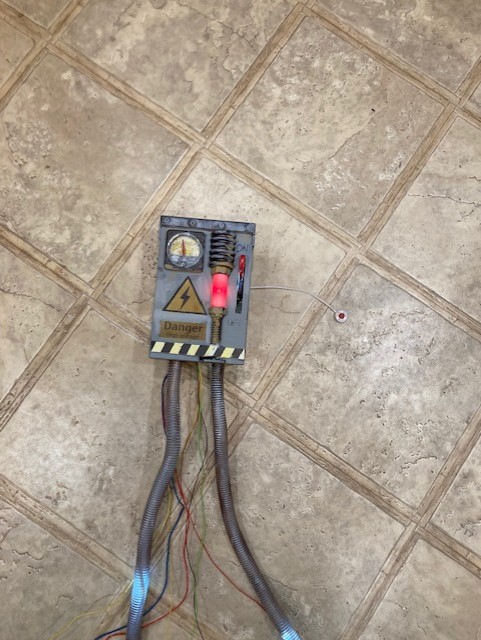 I wanna see it lit up and working!

I used steel wire attached to the T's and a 8 inch diameter hose clamp for a center hub to keep the PVC pipe round and tight on the umbrella.

I added heavy wire as another brace around the steel wire secondary ribs to reinforce them about one half of the radius of the steel wires. This support also gave me an additional circumference inside to run some more lights.

All of the bottom is going to be covered with a plastic painting drop cloth. Still trying to figure out how to attach this.

The rope lights are going to be the weapon beams attacking the ground. 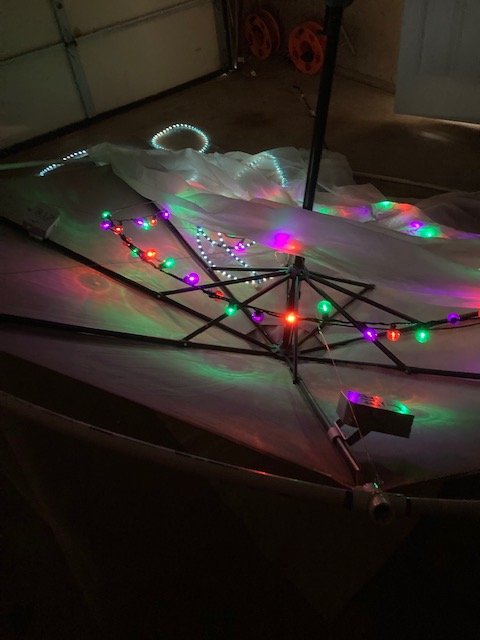 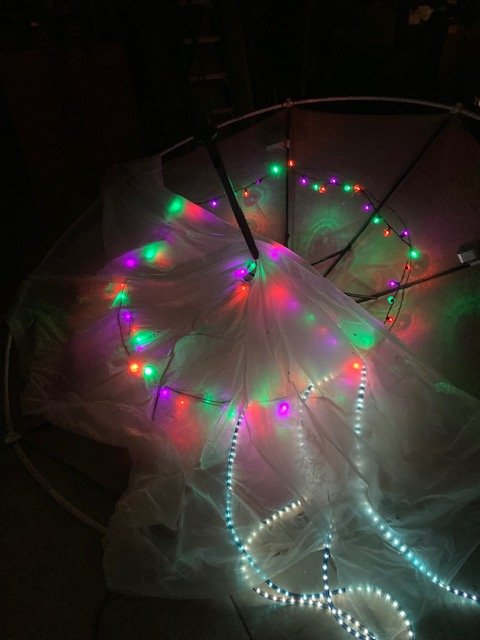 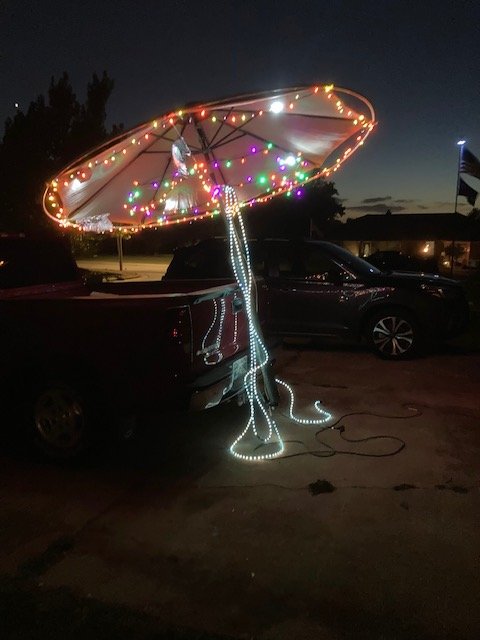 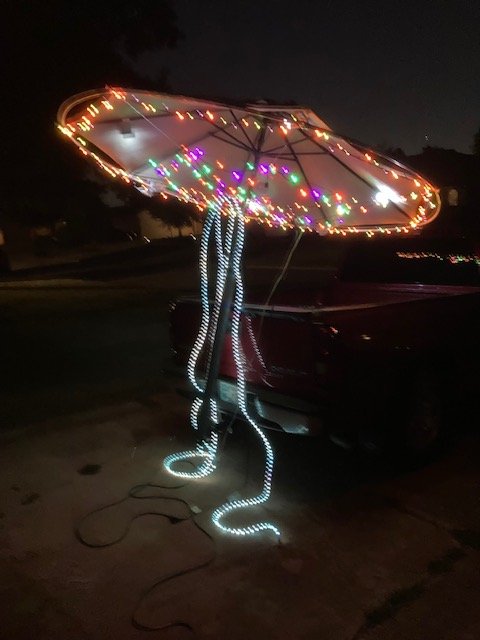 Cool. Makes the cheesy grave markers I was working on today look sad.

Reminds me of the sea creatures in the Abyss. Very nice!

Trying to attach a 4 second movie but I'm not smarter than my cornputer.

dlbleak said:
Reminds me of the sea creatures in the Abyss. Very nice!
Click to expand...

Now if we can just get to October temps we will be good. This heat really ticks me off.

Ride on Trencher you can build!

Finally Set It Up and Used It...

Any roofers on here?