Ooorah! That’s right, today is yet another birthday for the illustrious Corps! So Semper Fi to all of you and again, happy freakin’ birthday!

It always makes me think about my old friend Bob Snchitewski, who passed away on the Marine Corps birthday some several years ago. Bob was one hell of a good Marine Corps Officer. He was a solid performer in combat and a good leader of troops. We had served together several times after graduating from OCS together. Of course, back in my day, OCS was not the cakewalk it must be today. It was simply a screening program back then, a course designed to weed people out. But today , I imagine it’s more of a picnic and a holiday. Back in Bob and myday, those hard-Corps Marines who ran officer candidate school tried to wash people out. They only wanted the best candidates, and the toughest men around to make it through. About half of the guys in the class Bob and I were in were kicked out, injured, or just cried for their Momma and slithered away back home like the slimy Reptiles they were. But you know how it is with these new softies the Marine Corps is taking in these days, everybody’s all politically correct and many of them, I’m sure, vote Democrat. This new Corps Pansy Azz BS pisses me off! Why the stories I could tell of how things were tougher back in my day...Well it wasn’t that difficult for old Bob, he was harder than woodpecker lips and tougher than a two dollar steak.(BS meter is pegged).

Anyway, I know right after he finished college and before OCS, (Officer Candidate School) Bob took a photo trip to Kenya. His widow has told me the story many times. Well, while he was in the bush, armed only with his camera, Bob saw a young bull elephant standing with 1 foot raised , obviously in some pain. Bob carefully approached and saw a large splinter jammed in the young elephants foot. Even more carefully he slowly got closer and closer and then gradually was able to work the splinter out of the young elephant’s foot. He said the elephant looked at him for several seconds, trumpeted loudly as elephants do, and then slowly turned and walked away. Bob was scared shizzless he had said, and thankful not to have been injured or even killed by the young elephant he had risked his life to help.

Fast forward now 30 years. Bob and his family were at the San Diego zoo, on the Marine Corps birthday, when he saw a large bull elephant standing in the enclosure with 1 foot raised, it reminded him of that young elephant 30 years earlier with the splinter in his foot that he had seen, also with 1 foot raised. Bob thought to himself, could this be the same elephant? He sure looks familiar.

Bob made his decision; throwing caution to the wind, and ignoring the pleas of his wife and young daughter, he boldly climbed the enclosure fence and then slowly approached the large grizzled bull elephant. This was crazy, he thought, imagine how cool it would be that this elephant remembers me! This is just freakin’ so dang cool, Bob thought. The huge elephant just looked at Bob and then gradually Bob got closer and closer. He saw there was no splinter in this elephant‘s foot, but he still wondered if it was the same one he had helped 30 years earlier. They looked so much alike! They had to be one and the same!

Bob slowly reached out and took the humongous elephant by the foot as if to “shake his hand”. The elephant trumpeted, and it sounded just like the one he had rescued 30 years earlier! Then the enormously large bull elephant responded to Bob holding onto his foot and turning it from side to side by repeatedly stomping him into the ground. Then he wrapped his trunk around Bob‘s lifeless legs and slammed him repeatedly into the stump of a tree in the enclosure, turning poor Bob into a bloodied, pulpy mess. His wife and young daughter cried, then went on to see the monkeys. Bobs daughter loved the monkeys and was glad her daddy had bought her some cotton candy before the elephant killed him.

Over many beers, my Marine Corps buddies and I have thought about this many times. And we have decided it probably wasn’t the same elephant.

Now I know to NEVER believe a Marine.

Happy birthday to the Corps, though, and thanks to all that served.

(Army vet...Army's been around longer.) 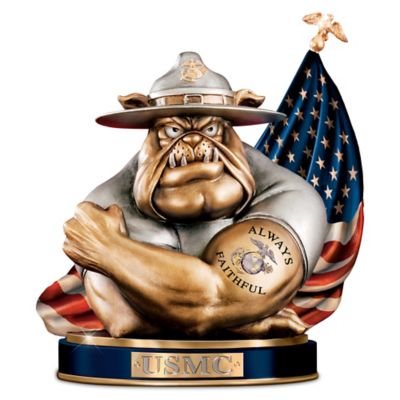 Thanks for the laugh J, been a long day a needed a good one!!!

Semper Fi to all my fellow Leathernecks!

Even an Army guy can say congrats on the anniversary.

A tribute to a friend
2