Heads up about Academy BS

It's 100% not BATFE doing this. This is on Academy. On one hand if they had record of a delay on your address I'd think BATFE would be happy that they are looking. But once the delay period expires without a denial it's 100% on Academy for being dicks. I'd be ringing corporate loudly and naming names if I could.

This won’t be popular here but Suspicious story is suspicious.

retailers use facial recognition. if someone was in the store with someone that got flagged, it's likely that both people got flagged as possible strawman. this is certainly not of the question. this is the nu normal. 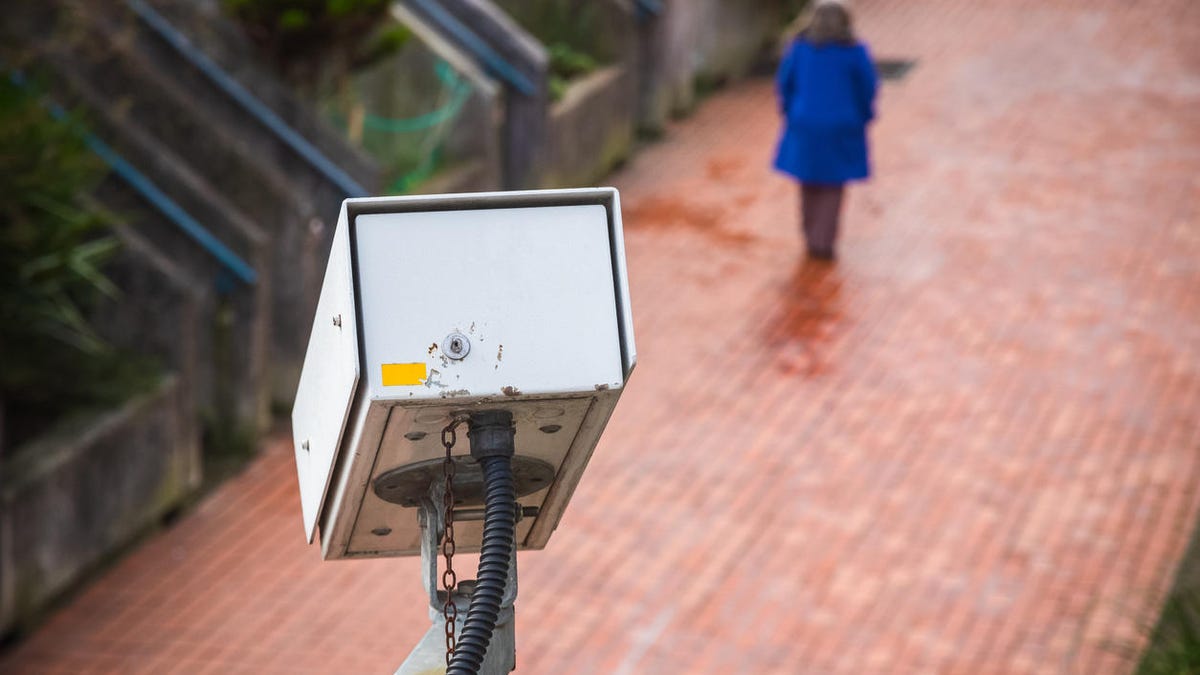 Apple, Macy's, Albertsons, Lowes and Ace Hardware all use facial recognition software in their stores. 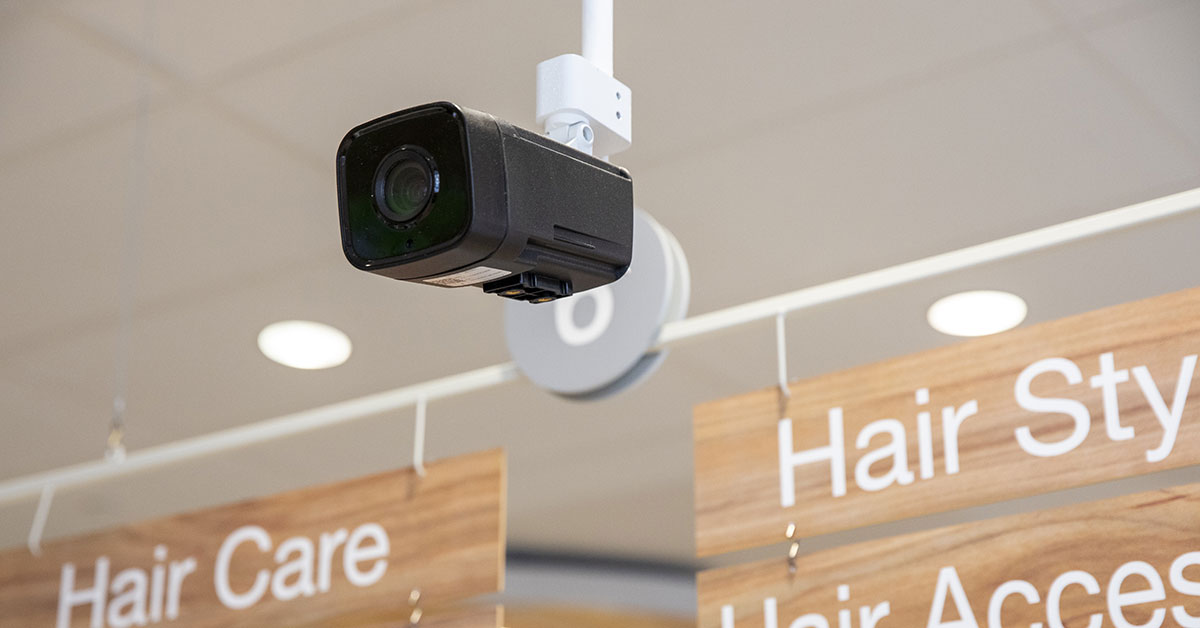 Rite Aid used facial recognition in largely lower-income, non-white neighborhoods. The systems included one from a firm with links to China and its government

if you have the tech on your *phone*, you might think it would be used in *security*. they've had it for years, it's literally consumer grade tech now.

ever noticed how the mobileID makes you move your head around to follow that dot? you realize why, right?
Click to expand...

I mainly use my cell phone as a hotspot for my desktop (and for the occasional phone call). It mostly sits on top of a computer box until bedtime, when I turn it off and put it on the charger.

my point was basic cell phone cameras have this technology, security cameras, particularly those belonging to corporate chains with billions of revenue have had this tech for at least a decade. they don't have to show your face to employees anymore and say "don't serve this guy!" it's literally automated.

the state will soon use the exact same technology for your id. the taliban got this data on like everyone in afghanistan. nu normal.

GnometownHero said:
Back in Feb 2020 my roomate bought a .22 pistol from Academy. This was shortly after his father died and his NICS got a delay as they had the same name and his dad was a retired cop. Those things happen, but he is not a felon or prohibited person. He was patient with them and finally after over 9 days he went to Academy and asked if he could pick up his pistol. Academy had given him a price match from Atwoods on this Heritage .22, and they acted miffed that they gave him the discount and then had trouble clearing his NICS. They let him leave the store with the firearm, should have been the end of it. However, when he was trying to pick up the gun, Academy mgr was required and would not come back to the gun dept and help him get it done. He waited over two hours, I know because I shopped while I waited on him. He was getting pretty aggravated and grumbling about it. Finally after about 2hr 35 minutes we left the store with the gun. Once again they let him leave the store with the gun.
Fast forward to Monday this week, Academy had some Savage rifles on clearance, I decided to grab one for my 16yr old grandson. I went in, bought the gun, and filled out the NICS. I am a former FFL licensee with tons of Government security clearance and background checks in my life, never a delay or problem.
The Academy counter person asked me if I had a room mate and I said yeah, what about it. Academy said to me, "We cannot sell you a gun. " Wait a minute, Was I delayed? No, Was I denied? No Did NICS issue order to proceed? They wouldn't answwer. I said is this an action by BATFE & NICS? They wouldn't answer. I said so if I am not denied, not delayed, not declared prohibited person, did I get a proceed? They still refused to answer.
Apparently, somebody did not like his impatience with their crap, pushed the flag button and banned him from being able to buy from Academy. Wait, they let him leave the store with the gun, ok. Year and a half later they refuse to sell me a gun because, they finally admitted, we share an address.
So essentially, even though I am 100% legal buyer, I was refused a gun, not because of me, but my address. In other words, they created a prohibited person from an address.
Sounds pretty impossibly stupid, but you guys should know. Academy will screw you over if you even look impatient or upset about how you are being treated.
I asked, "So if I move, someone else gets my address, comes in, you will refuse to sell them a gun based on their address, even if they are just as legal as I was? Deer in headlight stare, I said, well you lost a bunch of money in sales. I was going to drop $1000 on baseball gear for my my grandson's little league team, not now, I won't buy a fishing hook there.
You all shop them if you want to I guess, but personally I think this was really shady. Had they not wanted to do the sale to my roomate they should have never let him take the gun, much less try to make me prohibited buyer via an address. Something to think about before you spend money at Academy sports. They really looked stupid when I asked if I was denied, delayed, prohibited or got order to proceed. And would not admit that it was an Academy policy decision, they acted like it was the NICS & BATFE, to which I said.
"I know BATFE Mgmt level personnel personally, I will be calling them."
Click to expand...

My son worked for he Academy in Tulsa for a few years. Someone walked in and tried to run out with thousands of dollars of merchandise (because the new manager recently dumped the off duty police security they had) So one of the workers there stopped them and sent them packing after a light a$$ whippin. They ended up firing that employ and my son and several others quit in protest the next week. I haven’t spend a penny in an Academy in years they sell mostly junk equipment and guns I wouldn’t buy anyway but it became personal after that incident. They are barely better than Dicks in my book, with that said all companies will eventually slant left there is no changing it now.
Last edited: Sep 3, 2021

I've told this story before but back in 2008 I attempted to buy a Remington 700 from academy. I was filling out the 4473 and made a mistake on the zip code. I was used to putting a 9 instead of a 7. Well, the little greasy haired kid behind the counter wouldn't give me a chance to correct my mistake and denied the sale. I said a few choice words, and left, called the manager and explained the situation, he apologized. So, I went to the other academy and bought it. Now, an OSA member owns that rifle, atleast the reciever. I have never bought another gun from them.

I had a similar experience years ago. Fired off an email to Academy's corporate office but never got a reply.

What a shame. They have some good prices on ”some” firearms. I have never purchased from them though. I prefer Atwood’s when not buying from a LGS.

Never seen this before!
2 3