How many times did this happen under Obama leadership?

What I find amusing Is that all the liberal media and resources exclude statistics from Obama’s first year in office when the economy was shedding millions of jobs due to his socialist ideology and agenda.

The Truth: Obama’s Net Gain in Jobs Is a Negative 14 Million
Guest post by Joe Hoft

President Obama claimed on Tuesday during his campaign rally with Hillary Clinton that the US economy is in great shape and that he created 14 million jobs. As usual, with Obama, know that the opposite is probably closer to the truth.

As far as the claim that the US has gained 14 million jobs during his reign, this is not accurate for a number of reasons.

First – When Obama makes this claim he begins his calculation in February of 2010, nearly a year after he took office. If Obama would begin his count in January 2009 — which is how job growth is normally measured — the number of private-sector jobs has increased just 5.6 million.

Second – When considering the number of new entrants into the country since he took office of more than 20 million, then Obama actually lost 14 million jobs. When compared to Reagan, for the six years starting in 1982, the population grew by 12.4 million but the number of jobs grew by 18.4 million.

Third – A large percent of the number of new jobs that are counted by Obama are actually part time jobs. This phenomena is related to Obamacare which resulted in the unintended consequence of reducing the number of full time jobs and replacing them with part time workers.

Finally – When comparing Obama’s 14 million jobs lost to other economic disasters created by his administration, the results are stunning. With an increase in the national debt of around $10 trillion during his administration, the US lost each job at a cost of more than $70,000 per job to the American taxpayer.
Last edited: Jan 6, 2019

A real measure of employment is the labor participation rate. 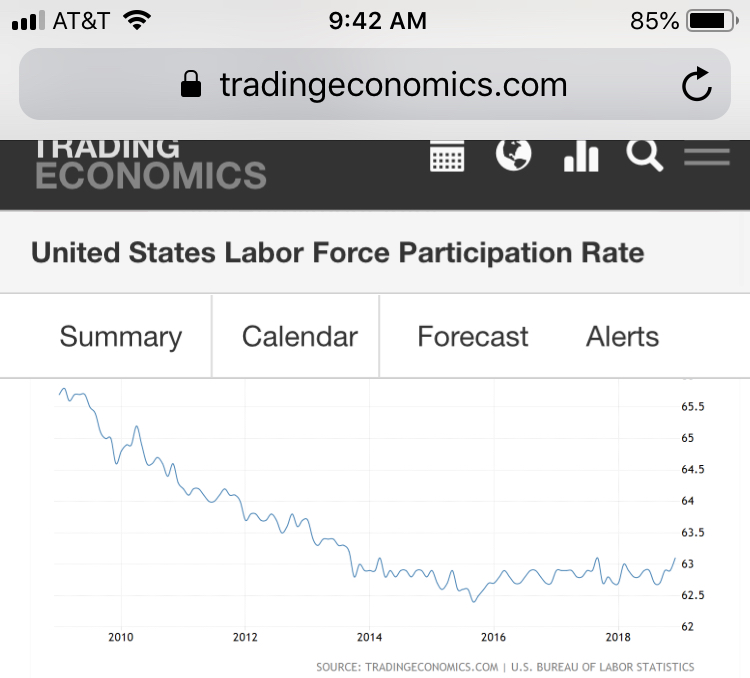 And the bigger picture: 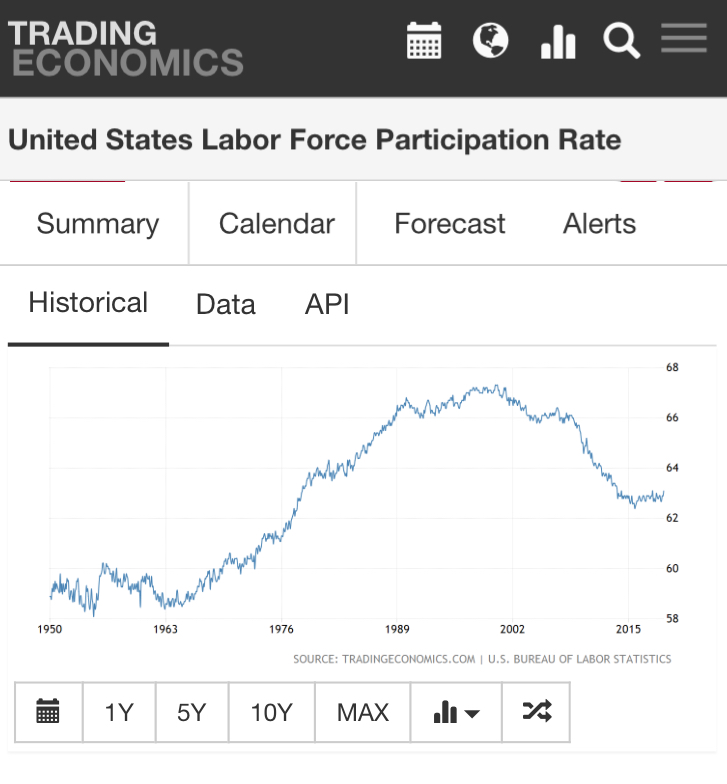 [5] Jobs created by president, by term.

And another showing less federal employees.
Click to expand...

Wiki.... really. LOL . Wiki is user driven and so the users can change or misconstrue any "facts" they want to. Google foo is a wonderful thing right up until you start getting into political areas then follow the links they use as "proof" and realize your being bamboozled.

Also, there are reports that Snopes is also a liberal organization. Although, Snopes was not cited as evidence in this thread, it would pay for one to know that they are a biased site.

In addition, the "unemployment rate" reported on, especially by the media is not the true measure of unemployment. There are 6 classifications for unemployment, labeled U1 through U6, and they report on the U3 classification. (See below.) That classification leaves out those past the stage of drawing unemployment but who are still unable to find work or have been discouraged to the point of quitting the job searches.

Note: "Marginally attached workers" are added to the total labour force for unemployment rate calculation for U4, U5, and U6. The BLS revised the CPS in 1994 and among the changes the measure representing the official unemployment rate was renamed U3 instead of U5. In 2013, Representative Hunter proposed that the Bureau of Labor Statistics use the U5 rate instead of the current U3 rate."

One thing about SNOPES is that they list their research materials and links at the bottom of the web page so one can fact check the fact checkers.

Ditto Wikipedia articles. Don't take anything at face value; the whole beauty of the World Wide Web is "hypertext," the ability to link to other documents. Follow the links!

Dave70968 said:
Ditto Wikipedia articles. Don't take anything at face value; the whole beauty of the World Wide Web is "hypertext," the ability to link to other documents. Follow the links!
Click to expand...

If I remember right, wiki is no longer open sourced? Seems I remember something from a couple years back, that you had to be approved by the group as a reliable source with some creds about the topic?

Perhaps on some articles, but I've submitted edits as recently as last month on an aviation article. Now, anonymous edits on controversial topics are more likely to be scrutinized, and some articles get locked if frequently vandalized, but the general policy seems to be openness .

Ditto on posts 20-28. I will say that the BLS site is interesting to peruse though.

dlbleak said:
And she has a degree in economics, we’re forked if this is the best we can do.
This is not the fresh new voice of the Democrat party, this is what the Democrat party has become.
Click to expand...

Well sadly more and more idiots like her are being elected. The dems only care about more control. And they also want as many women, minority’s and Muslims to be in our government as possible. You know I’m not against women or against them in certain positions but it seems the more women we get in government the worse our country gets. Back when it was all men we didn’t have these issues.

Unbelievable-The booming economy is not magically materializing under Socialists rule