I Bought a Smith & Wesson 66-1 Yesterday

I’m not a revolver guy. However, my “gut” told me to buy it anyway. The numbers inside the yoke are 55k3957, f21 and 93557. The pistol also has marcas registradas stamped on the right side (see photo), but I don’t know if that’s pertinent. So I’m reaching out looking for answers. I hope to learn it’s age, value, etc. It will mostly be a safe queen, but it’d be nice to learn about it. Thanks

The 66-1 was produced from 77-82. The "Marcas Registradas" was how they were marked back then in an attempt to make it easier to know if a revolver was a real S&W...lots of fakes from several countries back then. I think they started doing that in the 30s some time.

That's a very nice gun...but I don't really think its' "collector" quality. It'll make a fantastic shooter, though. Just take care of it.

Hard to put a real value on it...I'd say if you're happy with what you paid, you got your money's worth. My guess is actual value would be about $750 to $850, give or take a little bit.

Dude. What you have is arguably, the quintessential best Smith and Wesson K frame, Combat Magnum revolver. The blued and nickel versions, the model 19, came first. They were created by a tall drink of water by the name of Bill Jordan. He was a US Border Agent and scaled down the .357 magnum, which was built on S&W's N frame revolver at the time. Thinking the N frame was a little heavy for most lawmen to wear on a daily basis, the K frame Combat Magnum was born.

As for the "marcas registradas" it's on almost every Smith and Wesson revolver, and some autos. Basically it's Spanish for "registered trademark." I'm not quite sure S&W chooses to use Spanish instead of English, but whatever.

Yours is also an early model that features a pinned barrel and recessed chambers. S&W guys refer to those features as P&R models which was discontinued in the late 70s. A no dash model 66 would also have a stainless steel rear sight assembly instead of the blued as yours does.

Congratulations on an awesome revolver. For a guy just dipping his toes into the wheelgun world, you picked a dandy one to start with.

"Marcas Registradas" markings were introduced during the 1930's in response to foreign copies and counterfeits that were flooding Mexico, Central America and South America. Smith & Wesson changed their simple "Made In USA" rollmark to a more complex four line bilingual version.
Click to expand...

This is what a recessed cylinder looks like. The cartridge case will sit flush, or almost so, with the back wall of the cylinder. 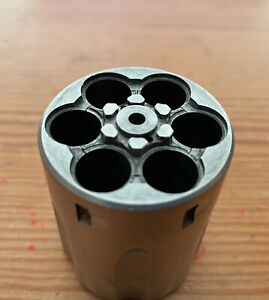 You have to remove the grips to get to the serial number. It’s on the bottom of the grip frame 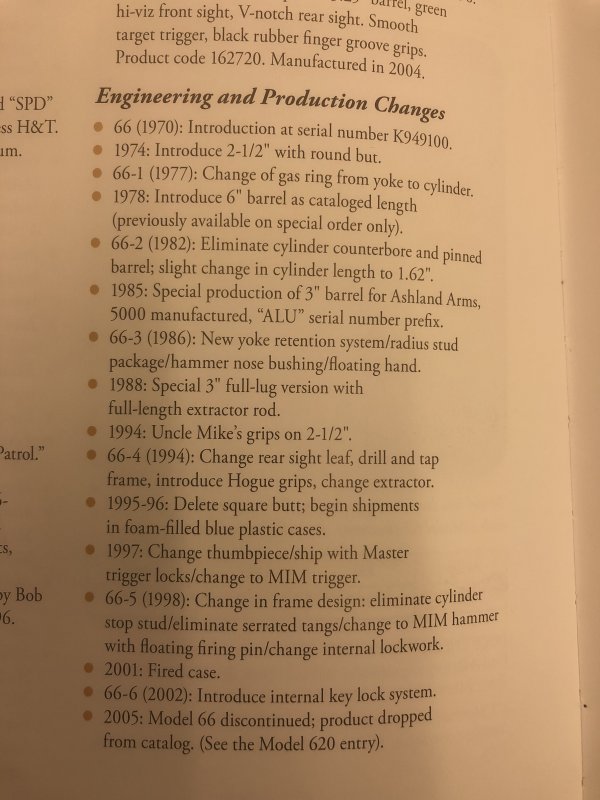 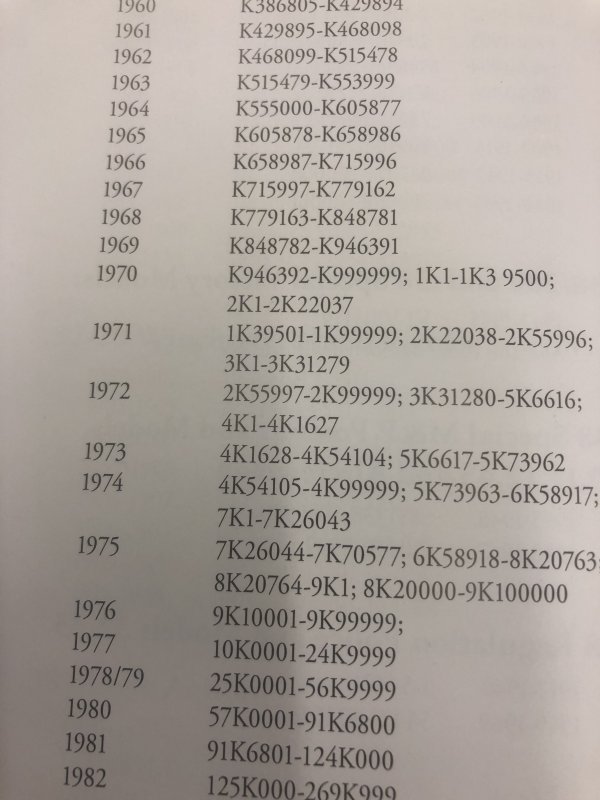 Wow! You guys are great! Thanks so much

You're a revolver guy now.