I reminded myself today why I quit being an automotive mechanic

Man, hearing all those stories makes me miss my dad's truck, a 77 Chevy Silverado extended bed. He bought it off a highschool kid for $1k. Over a period of 3 years he replaced the rusted panels on the bed's wheel wells, fixed the smaller rust areas and dents, dings. Painted it and replaced the engine. It had a factory 350 four bolt with an Holley 650, stock intake and headers. He did upgrade the headers to hooker's. The exhaust had dual glasspacks on both sides. I forgot which tranny it had. After he did all the work he enjoyed it for about 4 years then sold it when him, my stepmom and half-bro moved to Vegas. If I had known he was going to sell it I would have bought it. Sold it to kid who turned around and tried to off road it and busted the A-frame on the driver's side (was repaired once, dad even warned him about it), and the kid scrapped it. Me and my dad put a bit of time into that truck, and we took many a trip from Norman to Ft. Towson where my great grandfather and grandfathers land is at. Lots of memories.

Personally, I have no preference as long as it was produced before the early eighties.

Snattlerake said:
I've been a subscriber to Eric's channel for over a year. He lives in upstate New York in a small town. His dad was a mechanic and he used to work for him. I'd certainly buy him lunch for a week just to pick his brain.
Click to expand...

The guy is a genius at his troubleshooting methods. I love seeing cars that come in after being to two or three shops who shotgunned parts at it and he figures it out in 10-15 minutes.

beardking said:
I am my own mechanic out of necessity and by choice. I have 2 old vehicles that I tinker with and I do 99% of the work on them. Sometimes I have to call in the professionals to get me over a hump like I did with my Mustang this weekend when I had the pleasure of meeting Swamprat and having him help me figure out my carburetor issues.

That's a long way of saying, I feel your pain. And I hate working in newer vehicles, which is why I'm taking my Jeep to the shop this week to get my ac fixed. Waaaaay too far over my head on that. [emoji38]
Click to expand...

My dumb butt I’d going to try and fix my own ac In my thoughts. Unless it’s the evaporator. I have zero desire to remove the steering column and complete dash.

and why the heck did this thread show up on my list.

I replaced the regulator on the rear passenger door of my Tahoe a few weeks ago. I had my son help me so I could show him and he could learn. So it took maybe 45 minutes - without him it woulda been less than 30, prolly. Still need to do the front passenger door regulator, which is identical to the one you just described. I already took it apart and tried it, had to stop and put it back together because for me it's going to be a multi-hour, if not all day, job. I've had so many mods done to my doors.... it's the work my installer did putting in my speakers that is hanging me up. Disassembling the speaker mount alone is going to take me more time than accessing my power steering pump underneath my triple alternator bracket.

So I buttoned it back up and decided to wait for a weekend when I have a whole day to devote to that door.

Of course, THIS weekend, I probably need to devote to trying to get my electric cooling fans working again. <sigh>


The joys of owning an old POS, eh?

Sounds like a similar adventure as a buddy of mine replacing a $36 vent actuator in his 2014 Silverado. 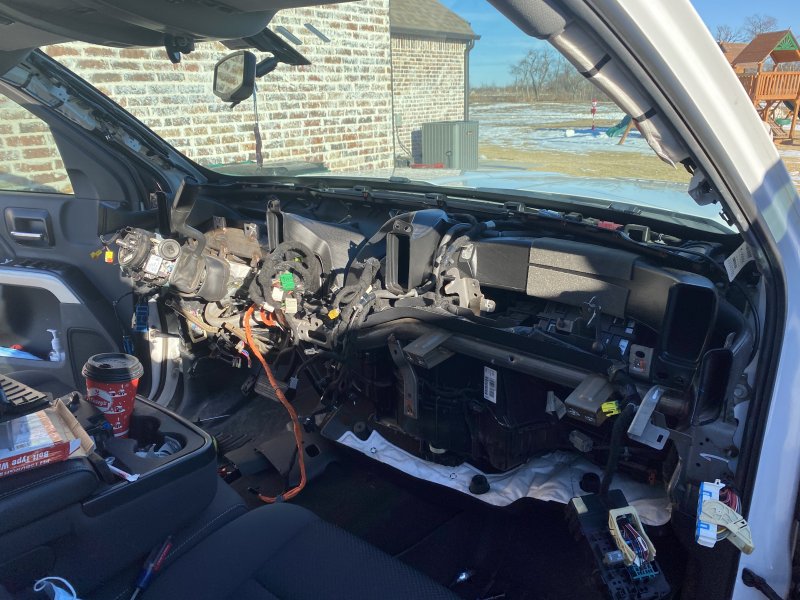 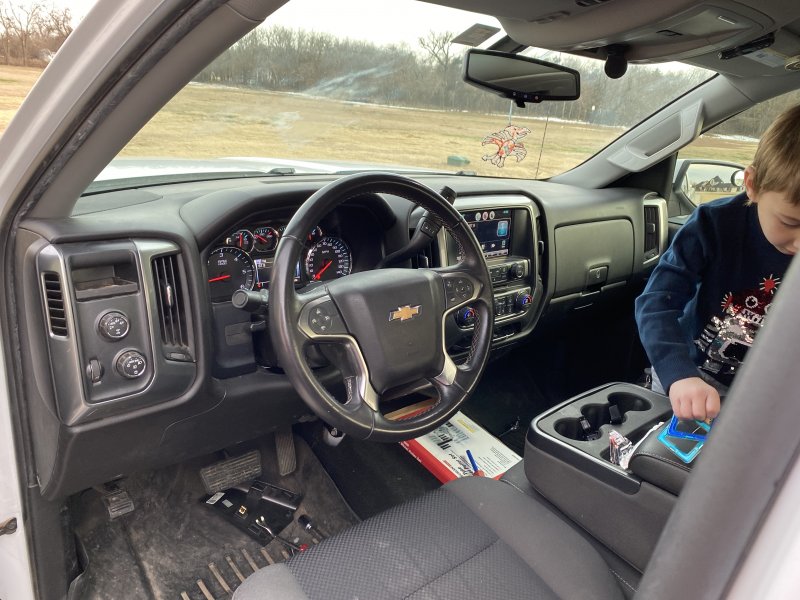 swampratt said:
I hate new cars. Bunch of parts made to fail and way too much plastic.
"New" as in a car with fuel injection. And some with carbs.
Click to expand...

The way I see it, I can buy much more gas than I can ever use and do repairs on my two gas guzzlers than for what one new fuel efficient car costs. And, my vehicles are old enough that I can still work on them.

SlugSlinger said:
Sounds like a similar adventure as a buddy of mine replacing a $36 vent actuator in his 2014 Silverado.

That picture right there is why I paid an ungodly amount of money to have someone else do that to my 2004 Dodge Ram that I used to have. I am just not comfortable taking that much stuff off of a newer (at the time at least) vehicle.

Those freaking actuators can be BRUTAL.

Snattlerake said:
I'm just glad you enjoyed it. It took me about an hour just to write it. Sorry it was so long but I just had to put in humor when there wasn't any.
Click to expand...

Loved the read. Thanks!!!