Picked a sub-par weather day to do it, but I've been chomping at the bit to start messing around with my latest range toy.

Rifle: FN SPR A2 bought new. Krieger 1:8 twist, M24 contour, 26" threaded (although I doubt I'll ever put anything on the end). I bedded the action and Krylon'd the stock to give it more of an M40A3 appearance. 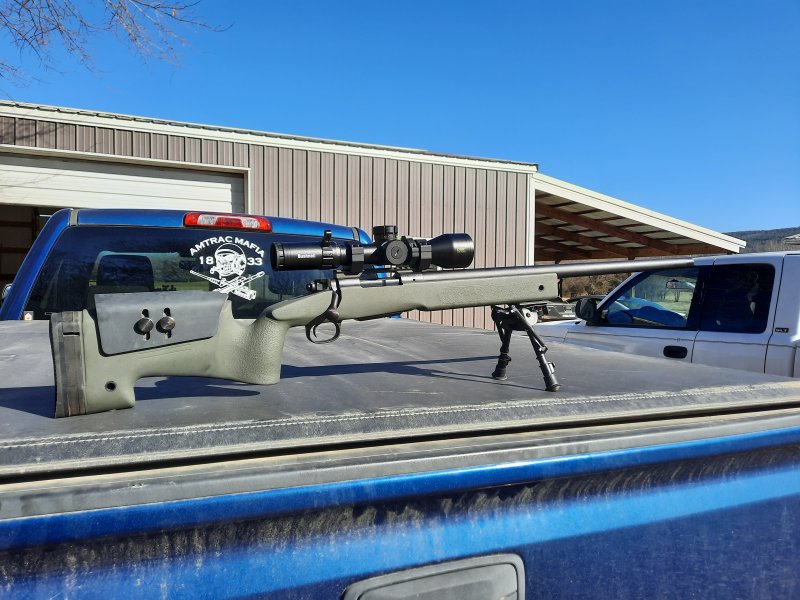 I've only put 25 rounds through the rifle so far, and they were the uber expensive factory Lapua 123gr Scenar. After a couple shots and cleans, I put four (5) round groups downrange that were all in the .6 - .7 range.

Decided to try 30 rounds of handloads in 3-10 MPH winds that were shifting a lot. It is really too early for load development, but what the heck. If I can narrow it down some, I'll really buckle it down after I get about a hundred rounds down the tube.

Went from 35.0 to 36.5 in .3gr increments. Looks like I'll have to sacrifice a piece of brass to make an OAL gauge, but until I do that I just went .005 longer than the factory stuff. You can really push the 6.5x47 hard (way over book max), but this is a recreational rifle for me and not a comp gun.

First group of handloads after the CBS was in the .4s. Promising for sure. Second group of 5 shots went into the .4s again even with a full value wind at this point. Then the groups progressively opened up with each increase in charge weight. Made a couple .7s, a .9 and then finished off right at an inch. The vertical dispersion wasn't good, so I can't blame the wind.

The winner of the day: 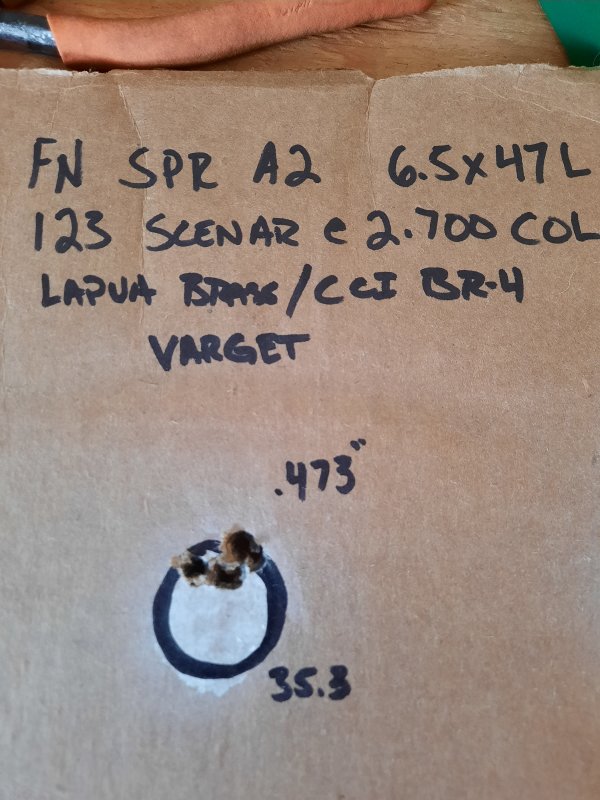 At this point I'm going to fire the remaining 25 factory rounds that I have, and then try to fine tune a bit around the above load. Hopefully my barrel will have sped up by that point and I can break the chronograph out. It'll probably also help when I start reusing the brass...this is all on virgin cases too.

My goal for this thing is just an easy going recreational rifle that stays solidly under 1/2 MOA.

Enough babbling for now. Will update whenever I get more time to piddle.
D

Seeing the paint that chipped off and thinking that was where my impacts were, I dialed down a tenth mil and tried one last group of head shots. After the first shot hit low, I put the .1 back on the scope and fired four more. 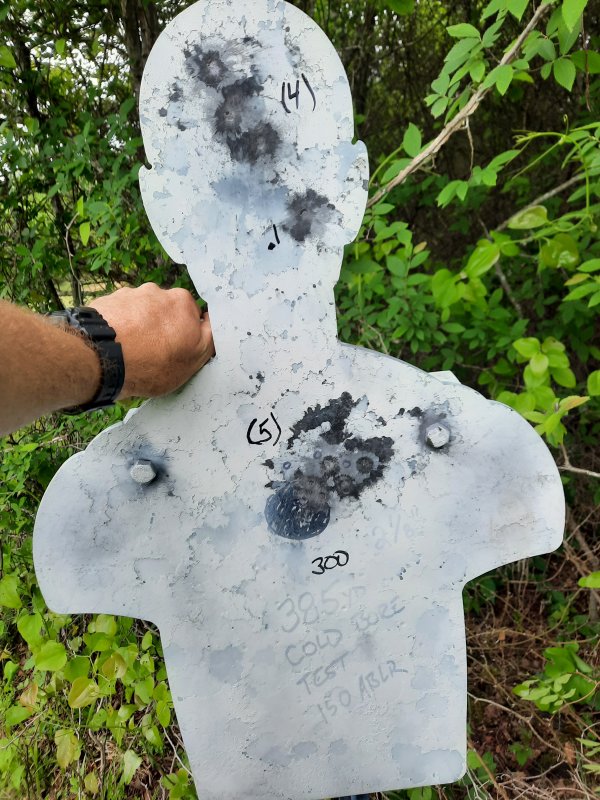 I traded into a Bartlein barrel, threaded for R700 and chambered in 6.5x47L several years ago. It was still at 30" and unturned, weighed more than some of my whole hunting rifles I think LOL. I ended up selling it back to the guy, I hated to turn it down and chop it to where I'd like it, not a fan of heavy rifles. At that point, I hunted a lot (like a couple days a week from Sep-March), and knew I'd never want to pack that thing around; nowadays I'd probably build it!