A week ago I asked if anyone had experience with IOR scopes in another thread After not hearing much I got one and thought I write up a little information about it. I have no idea how to "review" I only know what I like and don't like and thought I'd share here....

I needed a good scope for long range shooting that would track well, be repeatable and easy on my eyes at long distances. I got an IOR 6-24 with the 50mm objective and 35mm tube. This is an older model with turret caps, the newest model has exposed turrets. The scope retails for $1600, I got mine for way less 2nd hand.

First Thoughts:
This thing is MASSIVE. The 35mm tube is very large and has a dominate presence mounted on my 308. It was easy to get it mounted for optimal eye relief. The specs say 3.5" and I feel this is just about where I'm at currently.

The Range:
I quickly ran out to the range and mounted targets at both 100 and 200 yards. The wind was blowing about 10mph out of the West and the sun was fading fast. I was excited to see how this german glass and the 35mm tube would collect light.

After a quick bore sight I was ready to go and on the paper. I got dialed in and started enjoying this hunk of glass. I'm not a great shooter and feel my gun out shoots me every day of the week, but I still enjoy the heck out of it.

The reticle is a modified Mil-dot referred to as the MP8 Dot. They have turned the dots into hash marks with 5 mil and 10 mil hash marks on the elevation. This reticle has a dot in the center that I really enjoyed and found useful for aiming. The lines are nice and small and do not cover any useful markings on the target allowing me easy target identification.

Once I was zeroed in at 100, I moved out to 200 yards. I turned the zoom up to 24x, adjusted the side focus for a clear site picture and sent the first shot down range. After a quick adjustment for elevation and windage I was right back where I started and pleased as punch.

By this time the sun was below the horizon and I was enjoying the clarity the IOR glass provided. I feel the site picture was superior to just about anything I've seen in the past and that includes a NF and Lupy Mk 4. I had tears of joy as I sent more lead down range and was able to see my impacts in the evening twilight.

At this point I had to call it a day and head home. I have another trip planned where I'll be shooting this IOR directly against a NightForce to see side by side how it can perform.

Closing Thoughts:
At the end of the day I was overjoyed with the clarity of the glass. The operation of the scope meet my expectations for the money spent. Build quality seems to be as expected and the function, from the click of the turrets, to the ease of the side focus, all meet my satisfaction.

I'll up date this with some more testing as well as pictures as soon as I can get them downloaded. I'll also include some photograph of the targets.

I was excited about this scope because of all of the great glass comments I've heard, but was concerned about possible QC issues. From my extensive research it appears that some FFP tactical scopes had issues and really soured the name. I can't find any good reviews, or problems with the traditional rifle/tactical scopes such as this one.

If anyone, who an Oil Capital member, would like to give this scope a look over, let me know as I'm out there a couple of times a week and would be happy to bring it along.

glad to hear your rifle is coming together. what... no pics. 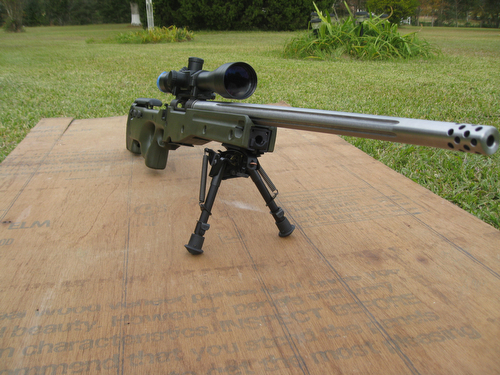 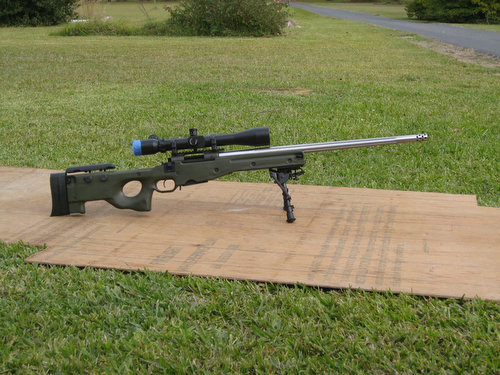