rawhide said:
A difference between animals and humans is that animals would never choose the dumbest among them as their leader.
Click to expand...

We didn’t either but we got stuck with this ass-clown.
O

1Mudman said:
It wasnt until Obama was in office. His EPA put such restrictions and made it hard to make. The OKC bombing made with US made Ammonia Nitrate made a huge impact on the price of Ammonia because of the regulations ect that was place on it. I remember the price of Ammonia to fertilize my 4 wheat farms doubled over night. Ammonia nitrate is a byproduct of Petroleum
Click to expand...

Politicians have to do SOMETHING! Most are only schooled in the art of deception, (politics), so they don't have a clue how much damage their decisions make! Obama saved us money by cutting a bill by 50% that would install 100 cattle guards on federal land in Wyoming! But being the humanitarian he is, he provided unemployment benifits, and job training, to the cattle guards he cut!

Bocephus123 said:
Heck the military would desert most probably stand w Trump anyway!! Meaning they would choose the way of right not this Democratic crap we’re facing right now. Don’t be so fast to accuse maby that’s what is wrong .
Click to expand...

Hmmm... A little fast to accuse aren't you?
H

Fade2blue posted this in the memes and I am posting it here. Everyone needs to see/read this.​ 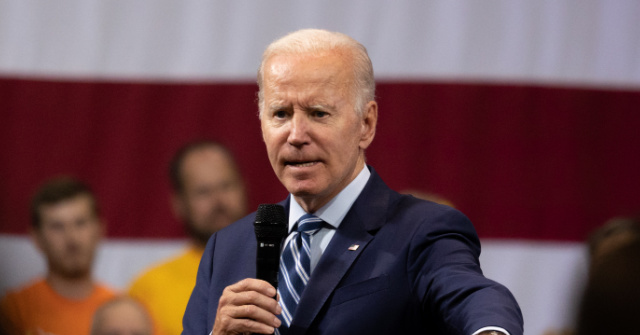 I have never known anyone to say I'm not kidding or this isn't a joke as much as this guy. Its almost like he knows everyone considers him a bad joke.
O

Hawkstar said:
I have never known anyone to say I'm not kidding or this isn't a joke as much as this guy. Its almost like he knows everyone considers him a bad joke.
Click to expand...

I can't help but wonder if this used up CROOK, knows anything, even how to dress himself? Did you see the video of him at the airport trying to shake hands with people, that were not there? His wife tried to stop him, but finially just walked off, and of course the lap dog propaganda arm, of the Democratic Party, the News Media, cut the video! It's a good thing this MORON is not making ANY REAL DECISIONS, I GUESS? I'm not sure who is pulling the strings here, Whom ever installed him as President, I'm sure! I hope that is the American Mob, and not the Communist Chinese Military! OVERWHELM THE NEXT RIGGED ELECTION WITH LEGITIMATRE VOTES, THEN WITNESS THE VOTE COUNT, IF ALLOWED? VOTE!!!!!!!!!!!

old John said:
http://
Evolution is the survival of the fittest, to improve the species, right? If that is true, that would have to mean intellectual, as well as physical, fittest! If true, the preditor would get the slow, as well as the stupid, right? As I see it, we have eliminated all the human predators, we take care of the physically handicapped, as it should be, but we let the stupid VOTE! and RUN FOR PUBLIC OFFICE! Is that improving the species, I don't think so?
Click to expand...

It’s a shame. Every time a Democrat proposes changes for something it’s for the worst. Voting is a responsibility. More than a right. It’s been a responsibility the entire time of its existence. But it has been bastardized and whored out. Originally one had to be a land owner in order to vote. Think of that. Not every man could vote unless they owned land. Had to have a stake in it in order to have a say. If you were successful working your land or business you were way less likely to vote for stupid shite. You understood hard work. Everyone wanted land to have their cut of the pie and be able to vote. If you are not a productive part of the family why should you get a say?

Just look at Alaska. The Democrats proposed a change in the voting. A way that people are elected. And a Democrat won the House seat because of a newly manufactured split vote BS. Allowing more than one Republican on the final vote instead of winner takes all VS the democrat. Purposely letting a Ross Pero situation happen dividing the vote so the democrat could win. People must not give in to their BS. This needs to be remedied immediately. Changed in 2020. Suckers. Nothing they propose is a benefit for our Rebublic or any state. It’s by hook or crook that they will carve power and we the citizen will pay the price.

Lazy bums or the easily influenced didn’t have a say in how our country was run originally. Special interests paid with tax money didn’t exist to bribe the pea brained masses. Not to mention one of the main ways a person could get locked up back then was to owe debt and by not paying it back. Debtors prisons. And they could pimp a person out to help pay their debt like chain gangs style work. Not a total loss. The prisoners were paying for themselves and debt being repaid to those owed.

Oh. And duels. They should bring those back. All these lying POS politicians could be called and culled out. Bring back some semblance of honor and integrity. What most of Congress lacks including both sides. Make it harder for them to lie to our faces while attempting to deceive us.

SIR! MAM! Sword or pistol!! Take the trash out. Be a lot less shite talking and lying.

Most all our country’s problems can be directly traced to Democrat meddling with how things are run.

For instance illegal immigration. They say it is for humanitarian purposes yet at the same time they disregard Americans. They put illegal criminals above every day Americans and plunge us into debt for it. But but but asylum with the children. All lies to play with heart sting try to manipulate for power. All while Fecking us Americans.

That is betrayal at the highest degree. It’s like they work with some corrupt South American cartel getting kick backs through some anonymous money laundering scheme. Billions of dollars of debt and drugs flowing across the border right now through the human trafficking and mules. Lots of money to be made.

The best way to look at the buffoons in Congress is are they working for us? Trying to bribe us? Or trying to lord over us. That explains them to a Tee as to where they stand.
Last edited: Sep 25, 2022

old John said:
Politicians have to do SOMETHING! Most are only schooled in the art of deception, (politics), so they don't have a clue how much damage their decisions make! Obama saved us money by cutting a bill by 50% that would install 100 cattle guards on federal land in Wyoming! But being the humanitarian he is, he provided unemployment benifits, and job training, to the cattle guards he cut!
Click to expand...

That’s an old joke. I do not believe that actually happened. But I wouldn’t be surprised