Last Time You Fired A Shot

One shot one kill on a skunk tonight. He somehow took up residence in the old shop building where the mower and atv are kept, stinking up the shop so bad I couldn't enter. Left the door open.
Turned on the attic fan and walked away a week ago. Spotted it in the yard tonight digging in our lawn so it got a .22 LR solid to put it down.
Gotta use solids on dangerous game.
Actually was some OTASCO WWB ammo from the 80's that is junk ammo I'm trying to shoot up. Sticker on the 50 round box was .80 cents for 50 rounds.

Just about 34 minutes ago 6.8 strikes again. 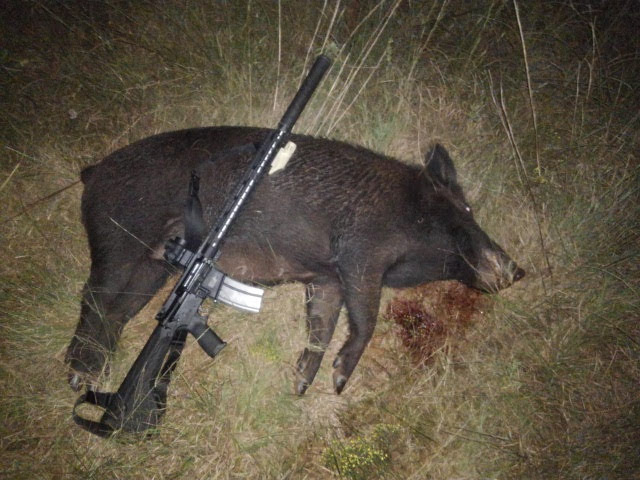 Summer of 2020 for me. It's seriously been almost 2 years since I've fired a single round. Kinda depressing.

Covid ammo prices combined with lower income level thanks to covid combined with my friend who had his own range setup on his property (that I was invited to use at any time) selling his property makes for a very inactive shooting schedule on my part.
R

This past weekend. Due to health issues (medication) needed a lighter recoil than the trusty .30-06. So.....

Both were kind of dream guns because they belonged to my Dad and I found who bought them when he died, made the deal, and got them this weekend. Both shot really well! The Gold Cup has a light recoil spring, and was probably ly easier shooting than my 9mm with the light loads.

The 6.5, it didn't want to hit the bullseye. It would hit anything else I aimed at like the 6 on the target, but it is apparently scared of the bullseye.

Need to get the last kid out with .22s and ARs and his deer rifle sometime, or even his (my) new Enfield that was bought with money from his first job.
D

Yesterday (Wednesday). Went to OKCGC, which has FINALLY reopened the Benchrest range. At least the East (old) range. But, no targets at 300 yards yet.
Shot 20 rounds of 223 through the Howa - still just tryin to break it in. This makes 100 rounds even, and I've owned the rifle for 3 years.

I kept 9 rounds unfired, I'll try to chrono it this weekend. 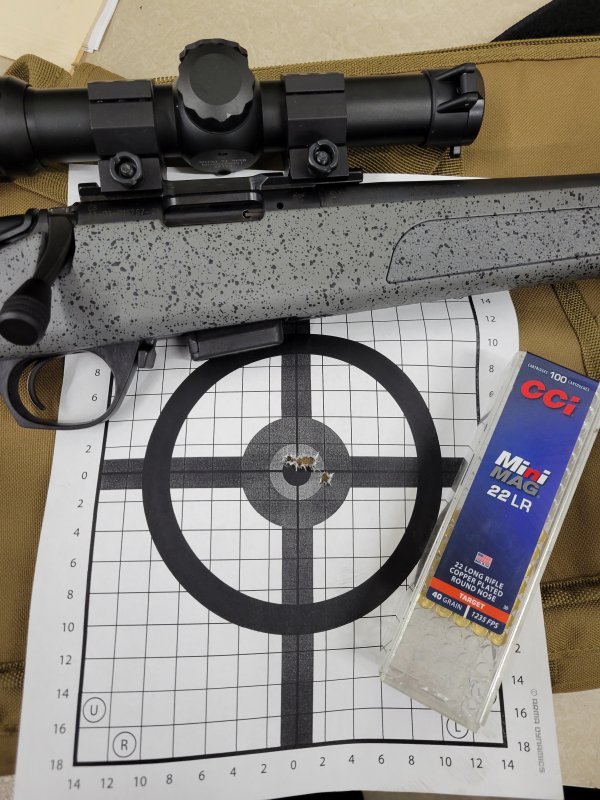 There's 15 in this target, the troublemaker in the low right was my fault.

Cowbaby said:
Shot 5 hornet rounds in my old 1885 single shot but the primers were looking to ugly to continue. Barrel is trash as I only hit the bullseye once which is kinda what i wanted to find out for sure before I dropped a load of cash. Back to the drawing board but I did get 5 fire formed cases out of the deal.
Click to expand...

What’s up with the barrel?

HiredHand said:
What’s up with the barrel?
Click to expand...

Nothing, just worn out after 140yrs or so. It is chambered for 22WCF which was an old black powder cartridge. High corrosive styles of primers too that didn't help. Plus these have a .228 dia barrel and most modern 22cal bullets are .224 now.
I was just hoping it might shoot as it looked like a sewer pipe. Sometimes they will fool you.
Last edited: May 24, 2022 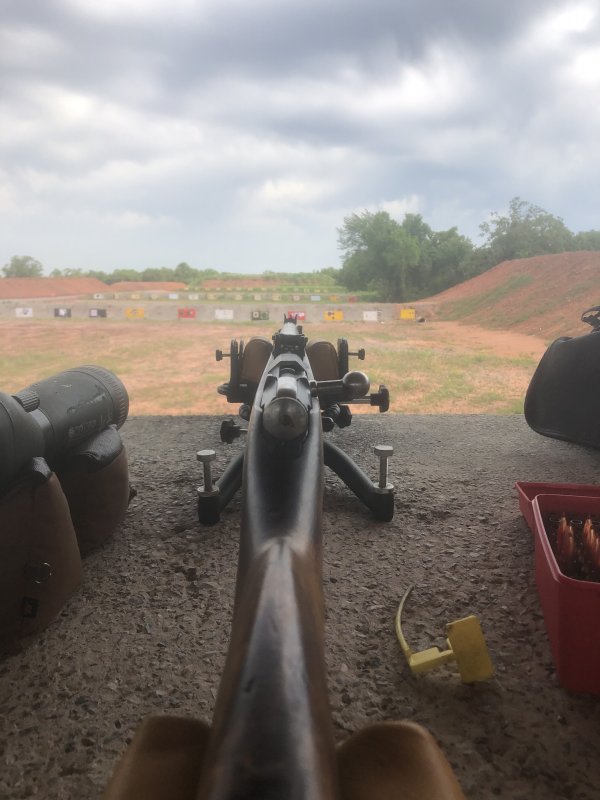