Man do I need schooling! 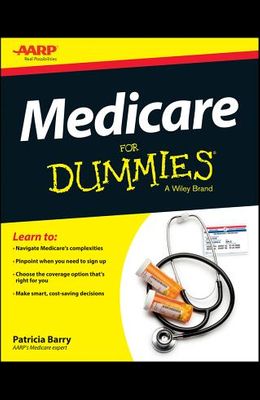 I'm being bombarded by mail, email, TV commercials, Skywriting planes...
I guess turning 65 ain't the goal after all. It is just the start of the insurance companies trying to perform a walletectomy on the elderly.

I have an invitation on the 19th to meet face to face after a sermon on Medicare 101. I am waiting with bait breath. Besides, this guy is the only one offering refreshments at a bakery!

Medicare is the scam that pays you for medical treatments you have been paying ever since you have been employed. You have to enroll or you get fined. Sound familiar? There is an enrollment period that closes Dec 7th to get all the "benefits you deserve" according to Broadway Joe.

Then there are the supplement plans. Holy shades of quantum mechanics Batman!

You have parts, not wholes however the parts have holes. To fill those holes you need gap insurance which by definition really doesn't fill the holes because there is still a gap. I think the only gap filler is money. If you keep throwing money at the gap you will eventually bring it up to the level you could use as a stepping stone. The trick, I guess, is to stop the amount of money you throw into the gap just one dollar short of what you would pay out-of-pocket for all the medical expenses you acquire from age 65 to death. That is defined as a win.

The parts are categorized by A B C D LBGTQ ad infinitum. Some of the parts crossbreed and others don't cover anything. I did a search on here about Medicare but only got lost and found out Humana was crap.

Anyone have a spreadsheet to cross reference coverages and costs?

Anyway, I'm cornfused. What do y'all have / recommend and what are your premiums?
Should I go with a well known company or a small one? The only reason for going big was the fact the small companies are usually eaten up by the bigger ones eventually. I already have a big bias against United Healthcare because AARP opines their virtues. Given that, and the fact Humana is crap, I guess I have to pick something else.

Once you get set up for Medicare, the supplement plan is mandated by the government. They can only apply coverages within those parameters set forth by medicare. Soooo... if it's a medicare covered benefit.... the carrier HAS to pay the claim. Keep that in mind when thinking about which company you want to work with.

So with that said, when picking a company, just make sure they don't have any goofy networks or anything. Most allow you to go to anywhere Medicare is accepted.

Highly recommend plan G.... or Plan F if you can still get it. G otherwise.


Thanks to Obama I no longer mess with Healthcare... but I used to broker this stuff so reach out if you have questions. If you want I can reach out to my old partners and see which carriers are the cheapest for whatever respective plan you choose.

Also, make sure you sign up for Part D (drug plan) or you'll get penalized.

Its all just another .gov scam to take money out of our pockets and put in theirs and their friends pockets. They demand you do this and that or they will penalize you. I still have a little over a year to go and im dreading it.

The part d penalty is only if u dont have another drug plan, correct?

Yeah, and the pharmacist just told me if I sign up with medicare D the existing plan my wife has will dump me and I can never ever get it back.

Is that what I heard or am I getting it wrong?

I'm fortunate to live in the area covered by Community Care, the health insurance co-owned by St. Francis and Ascencion/St. John. They offer a HMO Advantage plan that, for next year, will cost $25 a month! PCP visits, basic labs, and most prescriptions are $0 co-pay, specialists are $30 co-pay, and so on. The big caveat is that you have to live within their coverage area--mainly the counties around Tulsa served by the two hospitals.
U

Short Answer
Part A — Hospital coverage.
Part B — Doctor and outpatient services. This part of Medicare covers doctor visits, lab test (80%)
Part C — Medicare Advantage (Private Insurance for A-B-D) Do Not GO This Route
Part D — Prescription drugs. This is the part of Medicare that pays for some of your prescription

Do not talk to a insurance broker they will add a commission to you rate!

On clark howard he was saying something about advantage plans was like buying a timeshare. You can never get out of it.
And to go with the healthcare market place and deal with a knowm carrier like community care or bcbs

I have been in the hospital under both Community Care and lately Global Health. Community Care dropped Rogers County or I would probably still be with them. This durn tablet has ate my long winded response. Just go with either one of you can. Think both were Advantage plans, Global isn't costing me anything, Medicare is paying them to administer my health coverage.
Last edited: Nov 12, 2020

OKNewshawk said:
I'm fortunate to live in the area covered by Community Care, the health insurance co-owned by St. Francis and Ascencion/St. John. They offer a HMO Advantage plan that, for next year, will cost $25 a month! PCP visits, basic labs, and most prescriptions are $0 co-pay, specialists are $30 co-pay, and so on. The big caveat is that you have to live within their coverage area--mainly the counties around Tulsa served by the two hospitals.
Click to expand...

I live about two miles from Mercy north in OKC You think they have Community Care? I know the place well. They call me by my first name in the ER.

People need to get off their butt and get a job and work for a living!
2 3