Good for the building industry and all the peripheral businesses associated with the massive enterprise. A lot of employment goes into rebuilding.

I say let it ride, let them de-fund their LEO.....lets see what happens. Will be good TV.

dlbleak said:
Exactly, let them melt down and the headlines will be ‘Trump doesn’t care’ ,bail them out and conservatives will call him a sellout. Lose/lose
Click to expand...

Yup. That is and has always been the Democrat play plan. Works on everything those idjits come up with.
J

Trump has replacements for all civil law enforcement.

Not my circus, not my monkeys...
I would like to see just how effective Frey`s and Walz`s DFL party really is in a time of crisis is and see if they can clean up their own mess!
Last edited: Jun 7, 2020

I say give all the protesters & rioters an unlimited time of mandatory community service & make them rebuild the city.
They won't be off community service until the buildings are fixed,
& maybe by that time they will think " Hey, this isn't fun, maybe I shouldn't destroy others property again".
P 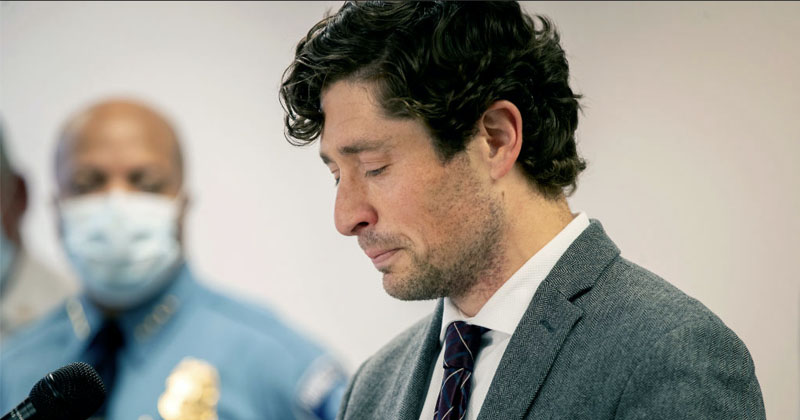 Minneapolis Mayor Jacob Frey (D) is asking for federal assistance to rebuild the city after he had enabled rioters to sack hundreds of businesses unimpeded for days.
Frey had ordered the police to abandon the 3rd precinct station, allowing rioters to burn the facility, as well as refusing to call in the National Guard after the protests devolved into violent bedlam following the death of George Floyd.
We will do everything we can as we shift to recovery mode,” Frey told The Star Tribune earlier this week. “We’re recovering from crises sandwiched on top of each other, from COVID-19 to the police killing and then the looting which took place afterward.”
The city estimated that the riots inflicted a minimum of $55 million worth of damage, destroying over 220 buildings. 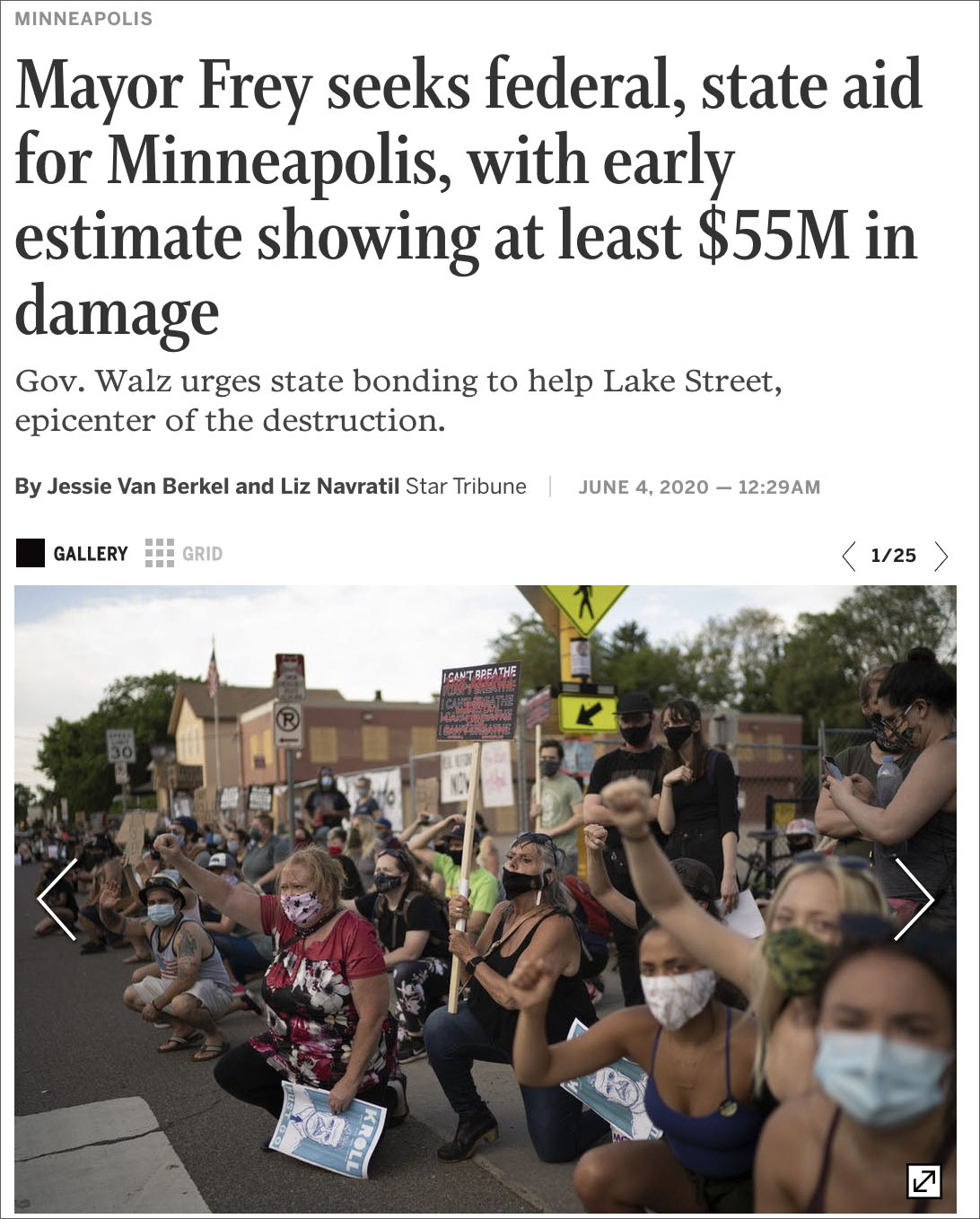 City officials are still putting together a complete tally of the destruction and cautioned that estimates are likely to rise significantly. Gov. Tim Walz and members of Minnesota’s congressional delegation are trying to get government assistance to offset that cost. But in the past, neither the Federal Emergency Management Agency (FEMA) nor Congress has consistently sent federal funding to cities ravaged by riots.

Minneapolis City Council members on Tuesday received an update from the city’s Community Planning & Economic Development department that estimated at least 220 buildings had been damaged, resulting in a minimum of $55 million in costs, though the city was “not yet ready to produce a credible estimate” of the losses.

After several days of rioting and looting in Minneapolis, Gov. Tim Walz (D) finally called in the National Guard, but not before blaming the violence on “white supremacists.”

Trump had lambasted “weak” governors who hadn’t called in the National Guard to quell the violence.

Instead, Mayor Frey let the looters dominate and destroy the Twin Cities and now he wants taxpayers to foot the bill.

Democrat Minnesota Gov. Tim Walz, who is marinated in white guilt and famously declared that white supremacists were behind the rioting and looting, has announced pro-Antifa scandal-riddled state Attorney General Keith Ellison will lead the prosecution against Minneapolis Police Officer Derek Chauvin.
Click to expand...

In a word NO! You allowed this destruction, YOU fix it.

DSA/dnc IS the greatest enemy of the USA in the world.

Minneapolis is a shitholia city. Leave it alone, let it rot. This is the time and place for hard lessons to be taught. The citizens voted for these people, the citizens decided to follow these people, eff'em all. Let them all sharein the misery of their folly.

One doesn't reward bad behavior otherwise they'll repeat themselves. We have multiple problems int his country the hurricanes, tornadoes, flooding and we can't control those things but this misfit of a mayor could have controlled the damage but he let them have free rein and they took advantage of that city. I don't feel sorry for him all, I hope he is an ex-mayor in the not-too distant future. Where do these people think all the money comes from anyway-form us that's who!