Movies to Help Pass the Time

I'm sure that almost all of us have numerous DVD's and blu-rays. What are some of your favorite titles? Also, of you would, please tell a bit about the movie.. I'll start.

World Without End (1956) tells of the first US flight into space in 1957. When they start to return they encounter a great turbulence in space and are knocked unconscious. They awaken to discover that they have crash-landed on an unknown planet. After a while, they find that it is earth in the far future.

The Stand (1994) tells of a deadly pandemic, and the aftermath. Adapted from the novel by Stephen King, it follows the book quite closely.

Count Dracula (1977) is the most faithful adaptation of the 1897 novel that I have seen. Louis Jourdan makes a surprisingly good Count. It is available on youtube.

Any of the Jesse Stone series, with Tom Selleck are good. Selleck plays a small town police chief in Massachusetts, who deals with a lot of personal problems, but is nonetheless a very good police chief.

Well, I no longer own a DVD player, but have transferred all of mine to a harddrive. I think it still counts.
I've been in a comedy mood lately myself, and have rewatched some instant classics from the 90's including Tommy Boy, Black Sheep and a couple of the Vacation movies.
Can't get much better than Chris Farley and Chevy Chase for good laugh.

Outside of movies that everyone knows, Tucker and Dale vs. Evil (2010) is great low budget comedy.
It's about two hapless rednecks trying to renovate their "vacation" home, while a group of city slicking college kids mistake them for serial killers. It's definitely for people who enjoy campy movies, but it's one of my all time favorites. 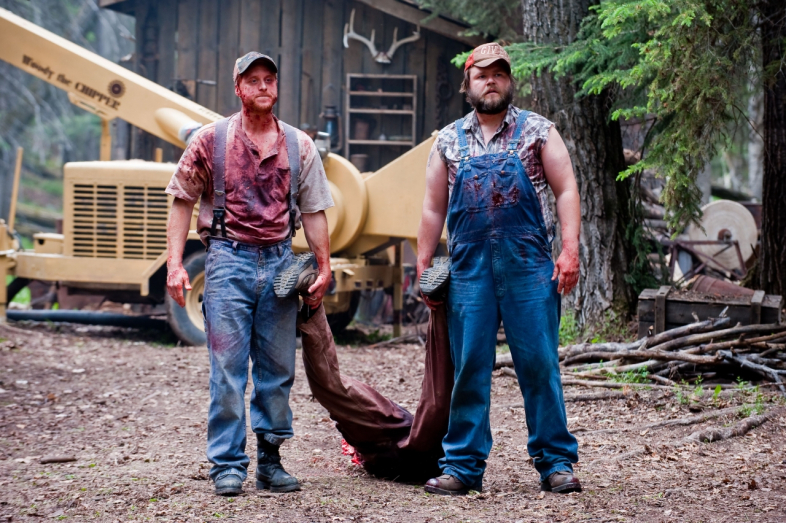 Tuck & Dale vs Evil is a great flick!


If you know how to download movies, I've Disney classics kick lately.
The Computer Wore Tennis Shoes
The Million Dollar Duck
The Love Bug
In Search of the Castaways
The Jungle Book

Any Tom Hanks movie between 1992-2004.
Catch Me If You Can
That Thing You Do
Saving Private Ryan
Band of Brother (& The Pacific)

Of course, the Marvel Infinity Saga should keep anybody busy for a week or so. 22 films, some OK, most good, some great.

I love all these except I haven’t seen Amadeus. Great movies though.

I watched Big Trouble in Little China today. I forgot just how 80's cheesey it is.

All time favorite --- The Shawshank Redemption