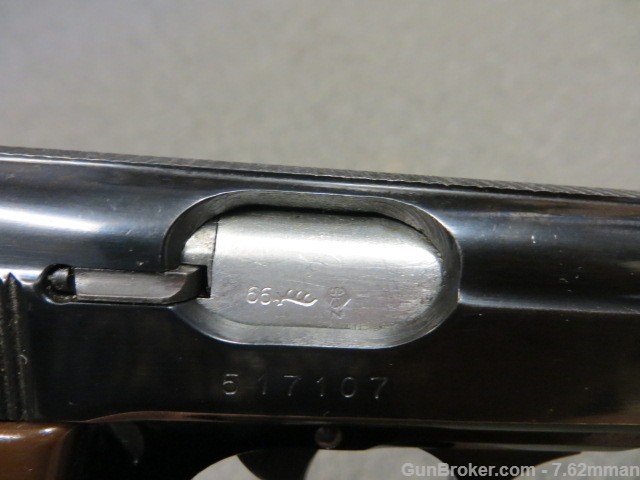 Woo Hoo! As soon as this latest one gets here, I'll lay 'em all out for a group photo shoot. These guns were designed around the .32ACP cartridge, and are quite pleasant to shoot in this caliber. But in .380ACP, you better hang on tight, because with the fixed barrel of these pistols, there is a bit more felt recoil than you would think...actually, a lot more.
They definitely aren't for everyone; but for many of us with truly discerning tastes in fine firearms, they are quite coveted.

My interest in these is with the older pistols made in Post-WWII West Germany, by Manhurin in France, and extending into initial production here in the US where they were made by the Ranger Manufacturing Company under license with the (now defunct) Interarms Company and Carl Walther Waffenfabrik, Ulm/Do. in Germany. I have no interest in the ones made by Smith and Wesson, either in Springfield, MA or later in Houlton, ME and none in the new ones being made here at the Walther USA facility in Ft Smith, AR.

Why? You may wonder...well, now that you asked, I'll tell you why. The Ranger/Interarms guns followed the original plans and made the pistols as Walther designed them. S&W, on the other hand, modified Walther's design by "upgrading" the pistols, changing some of the internals and modifying the feed ramp and chamber to "more reliably operate'' with modern JHP ammo, and by extending the pistol's tang, or beavertail, in an effort to mitigate "slide bite". However, this extended tang ruined the look of the gun for many; it is NOT what Walther designed, and is quite frankly, Gawd-Awful-Butt-Ugly.

When Walther USA took the license back from the mostly failed attempts by S&W, they chose to retain the majority of the changes; including that nasty looking extended tang. Sad. Old Carl and his son Fritz roll in their graves, I am sure. They also made, until recently, a "copy" of the PPK/S in .22LR. These are not the same gun as the Ranger/Interarms, German, or Manhurin pistols at all. They did at least follow the outward design with this .22 copy, thank God, and thus they at least look like the PPK/S .22 LR pistols of old, but internally, they are more related to the P-22 than to Walther's original PPK series design. None of the parts including the grips and magazines are interchangeable with the originals. These "PPK/S" .22LR pistols may look like a real PPK/S, but sadly...they just are not. I mean no slight towards anyone who may own one of these, but they just aren't the same gun. I have three of the original .22LR versions; a West German PPK-L, (L: Light; alloy frame) a Manhurin PPK/S in Blue steel, and a West German Two-Tone beauty in Hard Chrome with a blue slide. They all three function and shoot beautifully. 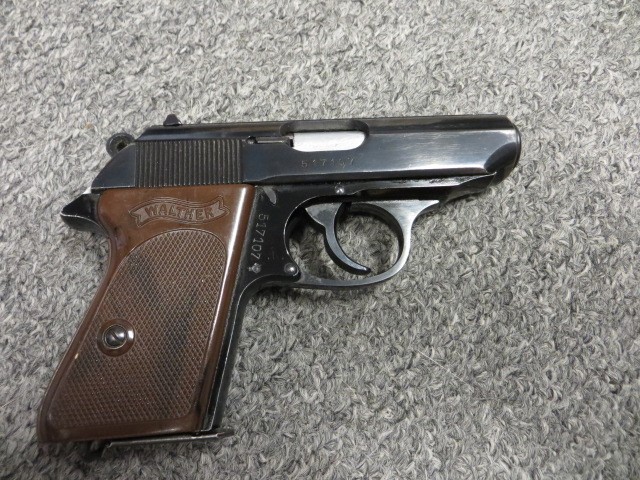 Just for comparison's sake; here's what the new versions look like with the extended beavertail. You may like it; I do not. 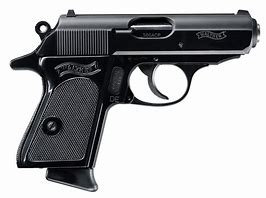 If you can be anything…..Be Kind

One of my favorite firearms. Congratulations on a wonderful collection.

I gotta drag 'em out for a group shot; can't help myself! It's either that or vacuum, and I really don't wanna vacuum. Back with a pic of the collection (so far) shortly.

This could take days, his kids behave badly. and his hands shake alot.

surjimmy said:
This could take days, his kids behave badly. and his hands shake alot.
Click to expand...

That's your head shakin' ... it's loose on the hinges.

Having been a victim of "slide bite" I am fine with the new pistols. Do not look as good but I can live with it. Trust me, if you are going to fire one of the older 380s, make sure your grip is perfect. 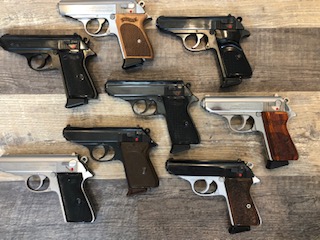 RickN said:
Having been a victim of "slide bite" I am fine with the new pistols. Do not look as good but I can live with it. Trust me, if you are going to fire one of the older 380s, make sure your grip is perfect.
Click to expand...

Aww c'mon Rick; it's just a couple of 1/4" deep bloody slits in the web of your hand; shake it off! It happens to pretty much everyone the first time they shoot one of these unless you really school 'em. What's even worse is if they are unfamiliar with pistols and stick their non-shooting hand thumb back there. When that slide comes back, it will darn sure get their attention...if they still have that thumb, it's for sure the last time it will be back there! (That is, if they even shoot one of these meat grinders again).

Walther (real ones) .22 pistols - Anybody Got One or More?