So about 9 years ago some friends and I went hog hunting one night. We had actually gone out a few times before with no sightings, but that night popped our cherries. This was the first hog all of us had spotted. There were 4 of us out there. My buddy "T" who is about 10 years older than I am, a mutual friend "J" whose grandparents owned the property, "T's" daughter "K", and myself.
T and J were both on 5.56 AR's, K and myself on 12ga pump guns, hers with 00 buck and mine with slugs.
So about 1am we finally have a sighting, we were basically 4 wide in an opening in the trees that goes to an open field and in the middle there was the piggie.
I was froggy as hell and got on it pretty quick and blasted off a shot and down it goes. J is fumbling with his gun because nothing is happening when he pulls the trigger and T is kind of just hanging tight. Hog jumps back up. I pump and squeeze off another, down it goes again. J is still fumbling, K took a shot and missed...T still hanging tight. Hog gets up again. Repeat, I pumped and hit it a 3rd time, knock it down again then T hits it in the belly with the 5.56 while it's down. Come to find out, the slugs I was using werent effective at all on a pig at 75 yards. There were no signs of entry at all after 3 hits that knocked it down, and you can see the hit T made to finish the comedy of errors. Come to find out J was hunting on an empty chamber and K just wasnt ready for all the action after the first shots....and I never tried hog hunting with a 12ga again.
We learned alot that night, mostly what not to do, but it was still fun. 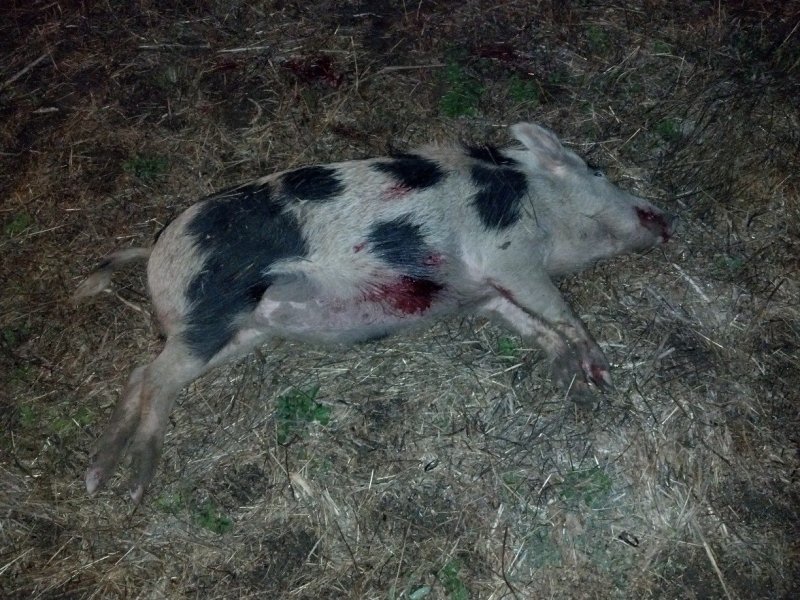 About a week later, a little more success during the day. We were all on AR's this time.

This one made it about 30 yards before expiring literally on the fence line...you can see the barbed wire. 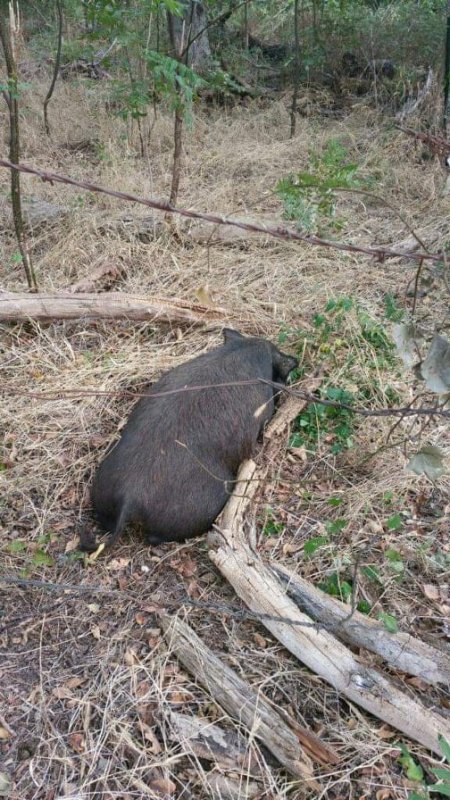 And this little piggie didnt stand a chance. It was running away and the shot butterflied its backbone and came out through its throat.
These were shot in the morning...we left and came back a few hours later to do some plinking and the little piggie had already been picked clean. 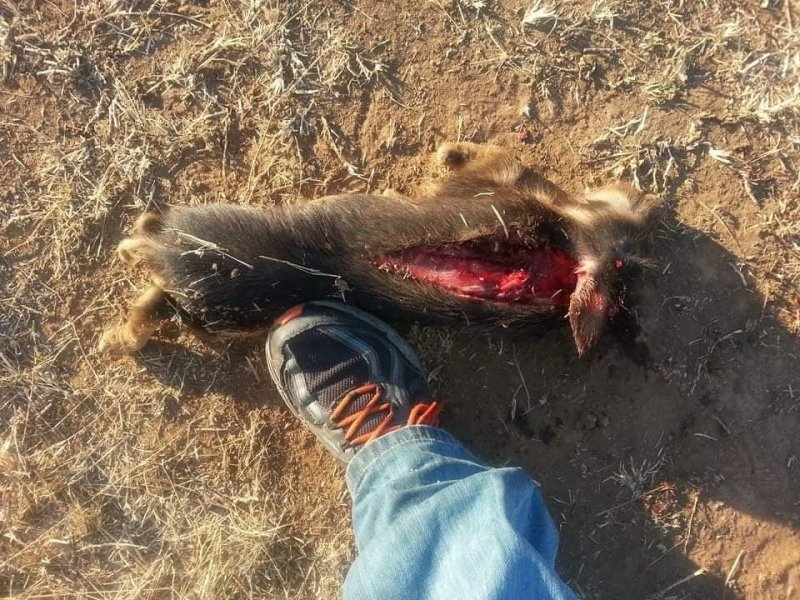 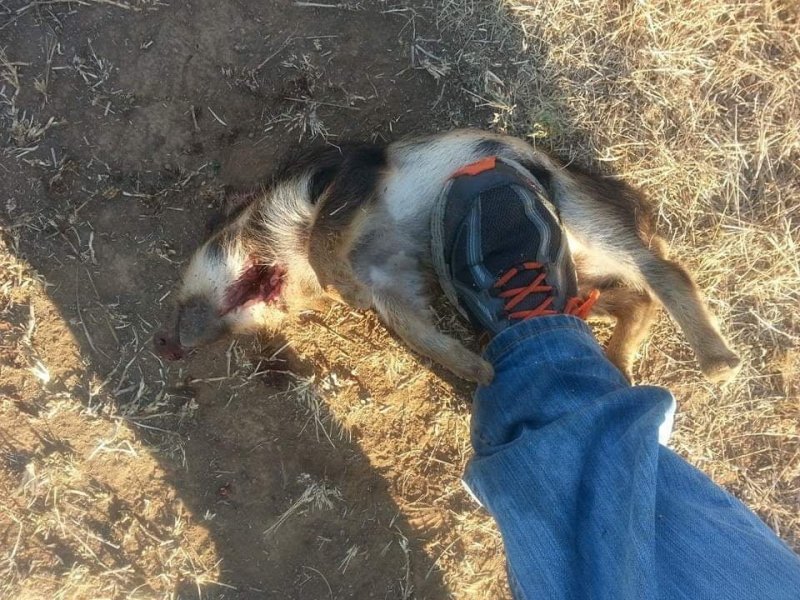 I'm saying 5.56 can work but the selection we each had 9 years ago is a wee bit different than what we have today (meaning T and myself. I didn't have an AR yet and I didnt want to beat up the walnut on my M1A. T had ARs but all were 5.56 so that's what we used). We had a close call a few months later at night in the brush and that was the last hunt for pigs using only 5.56. He ordered a blackout upper on the way home and after that he was almost always on blackout and thermal. I kept borrowing one of his 5.56 until I got my blackout built. Then I moved to OK so I cant get there nearly as much. T still goes out several times a week and now has several night guns.
Last edited: Sep 22, 2021

I'm going down there in a few weeks for the first time in 2 years...bringing loads of toys hes not seen including the Lott so maybe the opportunity will present itself!

Yep...live and learn!
That got me into blackout too. Turns out its a pretty neat little round.

Howdy Ya'll
I'm looking for info about hog hunting in southeast OK. Anyone had success north of the Red River?

Prairie Traveler said:
Howdy Ya'll
I'm looking for info about hog hunting in southeast OK. Anyone had success north of the Red River?
Click to expand...

It has been about 10 years ago, but found plenty of hogs in thick bedding cover near big pecan groves on the river. You send a couple guys in the thick stuff to flush the hogs out.