Picking out an SXS shotgun.

Not real popular, but I love my FIE

I am at least one of the guys in Ada that shoots an Ithaca sxs shot gun. Wish I could have heard from you earlier I sold 2 nice SKB guns at Tulsa. They are great guns. Well made point where you are looking and compared to most sxs reasonably priced. 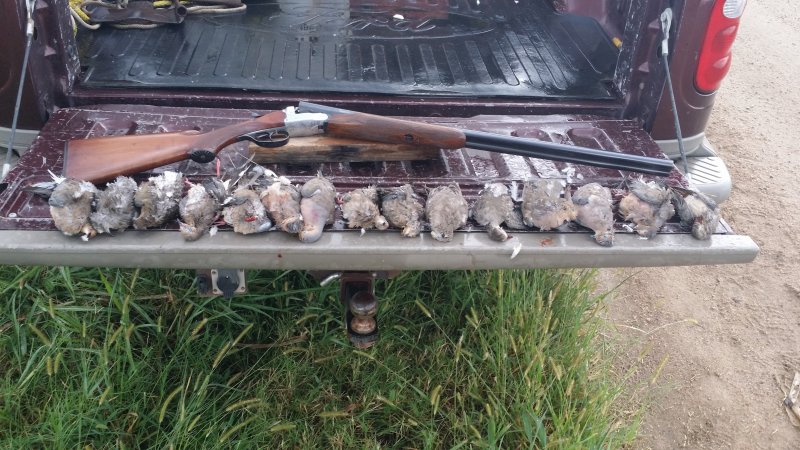 I have one skb that I would sell. This is it in the pic. If interested message me.
S

I knew you would show up, this is the man i was talking about.
H

surjimmy said:
Not real popular, but I love my FIE
Click to expand...

First SxS that I ever fired was a borrowed FIE .410 (got the shells at TG&Y or Kmart, don't remember now).
It was a plain Jane gun but left me with the feeling that a SxS shotgun is just cool as h---.

I remember when I was a kid and getting my very first shotgun. We went into the store (believe it was Oertle's at 26th & Memorial in Tulsa) and they had an Ithaca 20ga SXS that I immediately fell in love with. Sadly we walked out with an ugly duckling 20ga single shot and to say I was disappointed is an understatement. Of course I had no concept of the economic status of our household at the time, or I'd have felt lucky to get what I got! LOL

Regardless, I still to this day pine for a pretty little 20ga SXS, or 16ga because I'm not that picky. Maybe someday the right gun will come my way!

Is there an advantage to a side by side compared to an over/under (or vice versa)? Or does it come down to personal preference?

MacFromOK said:
Is there an advantage to a side by side compared to an over/under (or vice versa)? Or does it come down to personal preference?

Just a general statement.
For me the side by side seems to have more drop in the stock and may point a bit lower.
Also I'm cheap and it seems like the recent Turkish imports are more likely to be over and under guns than SxS.

Sounds like the Ithaca you found for $975 would fit your need. Nothing wrong with having a handsome shotgun in the field.

I used to own a few Beretta O/U 686's. Now just have one (28" M/F). Not the SxS you are looking for but a great gun and they are not stupid priced. I recently bought a Stoeger Coach Gun Supreme and had Jim Finch at Longhunter.com work his magic on it. Amazing how he took a really stiff, lower tier shotgun and made it into a very nice gun for a couple hundred dollars. While not as nice as the Beretta, it's not that far off. Thought is he does work on some Turkish guns and of course Stoegers. Should you find a deal on one of Stoeger's hunting model SxS guns, you will appreciate what he does to gun. Jim is one heck of a nice guy and does great work.
S

I also owned some Beretta O/U 686's, very nice guns.Back in the 80s i had the chance to buy a BSS in 20 gauge for under 1000 dollars with an english straight grip stock but i was recently laid off when that opportunity came up.