THAT Gurl said:
People, in general, are ****ing idiots.

Simple, yet profound, statement. And 100% true.

Guy I've never seen before shows up at my gun shop in a little mountain town in Colorado. My gut was telling me this guy was potentially trouble. Stella, my Jack Russell shop dog, ran around the counter barking her greeting as she did EVERY SINGLE TIME someone opened the door. Guy walked in, looked at me, I'm wearing a clearly visible 1911, and then looks at Stella. He cocked his right leg back like he was going to kick her. Before he even got his leg fully cocked back I'd drawn on him and told him, "You kick my dog and I'll kill you." He kinda froze for a moment and said something to the effect of he didn't need anything in my dump of a store anyway. He left...but I did mention, twice, that he needed to leave before he walked out.

I decided I'd call the sheriff's office before he did. But, I got busy with a customer or a phone call or whatever. 10 mins later two deputies pull up in front of the shop. Being a former cop I knew all of them. Now, keep in mind, Stella was a local legend...everyone loved her. More people came into the shop to see Stella than for gun stuff.

The Sgt asked me what happened and said a guy called dispatch and said I threatened to kill him. I said it wasn't a threat, it was a promise. I told him the full story (guy acting weird before he came in, noticed my gun, stranger to town, etc...), told him I had to ask the guy twice to leave, and also noted that he tried to kick my dog. I told him I felt if he was unstable enough to kick my dog I felt he was likely there to do me harm as well.

The Sgt's wide-eyed response was: "Oh, s**t... He tried to kick Stella? That dude's lucky he didn't." I tried to convince him to charge the guy with trespass since he didn't leave right away when I asked him but the Sgt wasn't buying that.

THAT Gurl said:
I have always said that the people who call dogs "dumb animals" do so because they are not as smart as the dogs who "work" them.

I feel the same way about cats. Those guys got it going on! Haha! 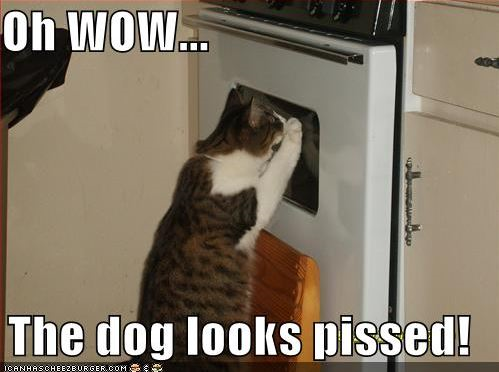 HFS said:
I do feel sorry for the dogs because they were inside the owner's home, doing exactly what they were supposed to be doing.

"Two pit bulls fatally mauled a suspected intruder in Georgia, leaving the body on their owner’s front porch, authorities said.
Alex Binyam Abraha, 21, of Atlanta, was found early on Sept. 24 by the homeowner in Coweta County, where authorities said evidence shows he was inside the residence at some point, WAGA reported.
The homeowner, who was not publicly identified, returned to his Newnan residence last Friday morning and made the grisly find on his porch, investigators said.
,,,An autopsy revealed Abraha, who had warrants out for his arrest in Fulton County, had been fatally mauled by the dogs. Authorities believe he had broken into the home and encountered the animals,,,
No charges will be filed against the homeowner, although the fate of his canine companions is unclear.
'The dogs have been turned over to animal control and nothing has been determined as to what happens next for them,' [a sheriff's official said]..." 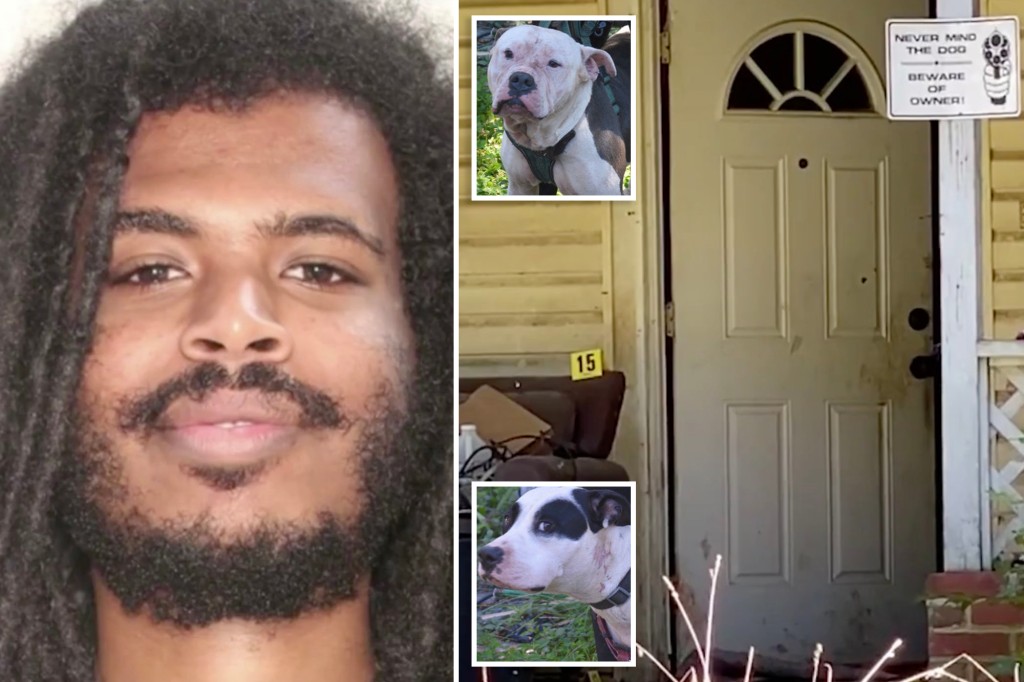 Alex Binyam Abraha was found early on Sept. 24 by the homeowner in Coweta County, where authorities said evidence shows he was inside the residence at some point,

Dogs were just protecting their home, but I'm not sure how they'd act after tasting human blood.

Profreedomokie said:
My statement has nothing to do with the breed. About 38 years ago . A guy came by my house to look at a car I had for sale. My wife had him wait outside the fence while she put my Great Dane in the garage. Then he came in the yard and looked at the car. He later came back while nobody was home and came into my yard from the back gate and looked at the car again. The dog started barking and came out of the garage after him. The guy ran ,made it to the gate and turned to lock the gate when the dog reached over the fence and bite him in the face. The guy went to the hospital and got 41 stiches down his face. So the cops got involved and it became an ordeal about cutting the dog's head off for testing. During all of this I remember being told by a cop that even if a person breaks into your house and the dog bites them ,you are liable. The dog survived the ordeal. We had to put him up at a vets for 10 days. He wasn't a mean dog ,just very protective of his area. He loved to ride in my pickup and anywhere we took him ,we could leave him in the truck and he never bit anyone.
Click to expand...

In a previous job I had to investigate dog bites from a public health (rabies prevention) perspective. Weirdest thing I ever had to do was remove a dog's head in a morgue.

BobbyV said:
In a previous job I had to investigate dog bites from a public health (rabies prevention) perspective. Weirdest thing I ever had to do was remove a dog's head in a morgue.
Click to expand...

Could you explain this a little more please

Profreedomokie said:
If that had happened in Oklahoma the owner of the dogs could be charged if, what I was told by a cop once is true.
Click to expand...

It’s been a few years since I was a dog catcher and dealt with that stuff, but typically, no. If the dogs were defending your home from someone illegally trying to gain access, then everything is good. Dogs are considered property in Oklahoma, and castle doctrine is still a thing. Based on principle it’s the same as using a firearm or hitting the guy with a bat as they come in the door. Only you’re hitting them with a dog. Now if you let your dogs loose to chase the guy down in the street, then that’s a different story. I would have come out, asked if you’re ok with keeping the animals, and typically request that they be kept in quarantine at the shelter or at a vet for 2 weeks due to biohazard concerns.

trbii said:
Some details I read about Ok statutes on canines was they must be on leash, under owners control unless enclosed in yard, pen ,cage, structure. Otherwise if they attack, injure, bite any human, they can be declared vicious. Resulting in owners being fined and/or possibly dog being euthanised.
Click to expand...

Key phrasing there is that they can only be charged as vicious, under certain circumstances while unconfined. I remember this guy tried to charge the neighbors dog as being vicious and that the owner didn’t have the money to deal with the headache and would have to give up the dog. The dog had gotten out and bit him on the arm. But it turns out that there were previous animal welfare and police reports about the neighbor harassing the dog through the fence and throwing things at it. Since the dog had been intentionally agitated to the point of attacking a guy, it could not be legally ruled to be a vicious animal.

Bhop said:
Could you explain this a little more please
Click to expand...

An older Navajo sheepherder got bit by one of his sheep dogs and ended up killing it. He brought the dog with him to the Shiprock ER and the doctor kept it for us to collect a specimen and ship it to the state of NM for rabies testing. Only place to keep it cold was the morgue.

So a co-worker and I ended up using the morgue exam/prep table to remove the head.

I got something for you

Clark said the woman, with no escape route, shot the intruder in the head.

These California agents are coming for your guns
2