Flags from every branch of the military typically fly outside of the center to honor those who have served. Now, there are currently no flags.

“It’s sad," said Dennis Hoch, supervisor of the docents at the Military History Center. "We’ve never really had anything like this happen.”

The first thing Hoch does every morning when he gets to the Military History Center is check on the flags outside. They were fine last Wednesday morning. Then later that day, they discovered something was wrong.

“One of my docents came into work and he asked me when he first came in, he said, 'What’s the deal with the flags?" Hoch said. "And I said, 'What do you mean?' And he said, 'Well go look at them.' And I did. And this is what I found.”

At least four of the flags were damaged. The Navy flag was ripped in half and the Medal of Honor flag is missing. The Air Force and Marine flags were also ripped and parts of them missing.

“These two here, that’s one of the first things I did, I started looking for the part that had been torn off and nothing," Hoch said. "Nothing. So they ripped it and took it.”
Hoch first thought maybe it was the wind, but after showing the flags to Broken Arrow police officers, they determined it was vandalism.

“What’s crazy about it is, it was done in broad daylight," Hoch said. "And hopefully there’s some film at the chamber of commerce and the school offices across the street.”

The flags are typically flying until Dec. 7 when they get taken down for the winter. They were especially important this week as Veterans Day approaches. Hoch hopes whoever did this, along with others, will learn the sacrifices veterans go through.

“People need to know that you have your freedoms because of this," Hoch said. "Marines and stuff like that that have paid the ultimate sacrifice.” 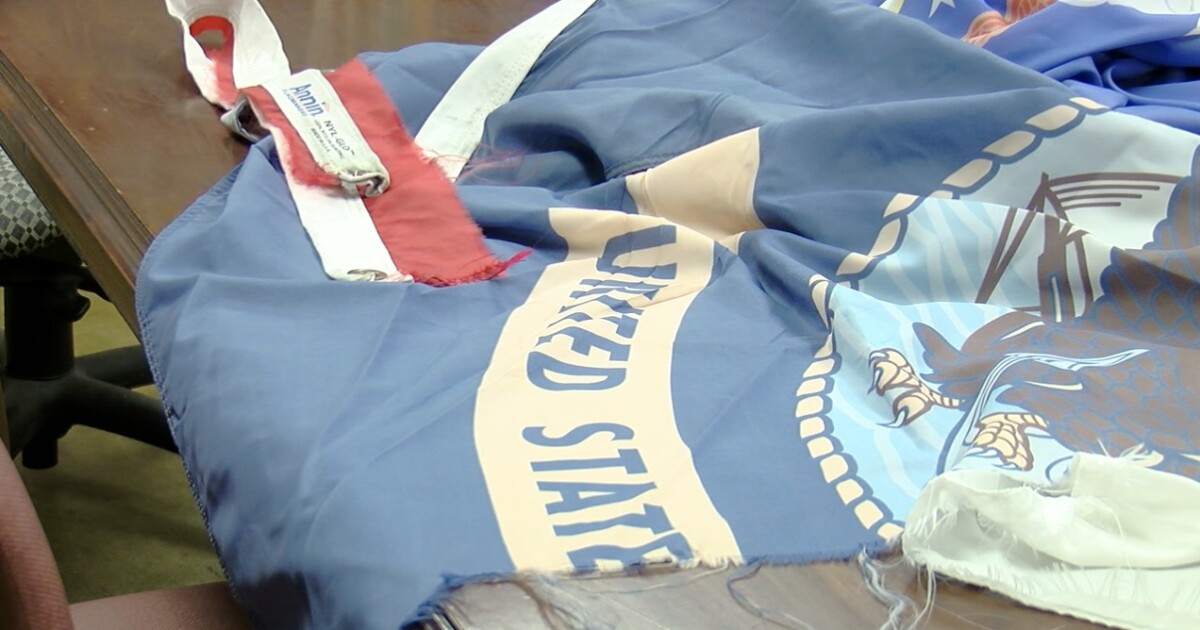 Broken Arrow Police are investigating after someone vandalized multiple flags outside the Military History Center.

Sad. The people that did this have zero respect for our military and what has been sacrificed.

This seriously sucks. Do you have replacement flags? What size are the flags? What is the chance the flag place at 56th and Mingo has flags the correct size?

Can someone contact them? I bet we could raise enough money to replace these in short order.

NationalMatch I sent you a PM about the flags sizes. Let me know them and ill get with the flag folks tomorrow.

They posted yesterday that flags were already on order, but I'm sure they'd accept a donation to help cover the cost. 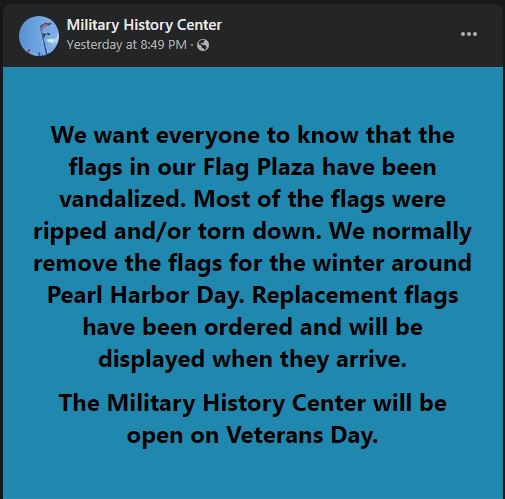 Since I'm not on that social format, has anyone heard of a Tik Tok challenge describing such? 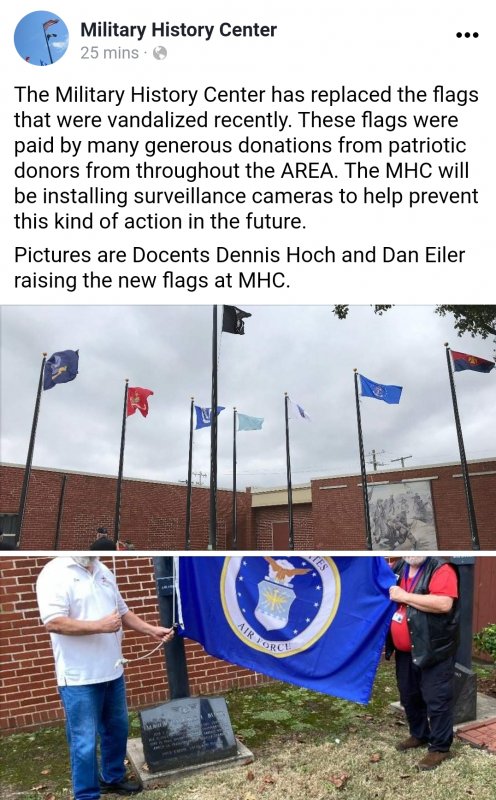