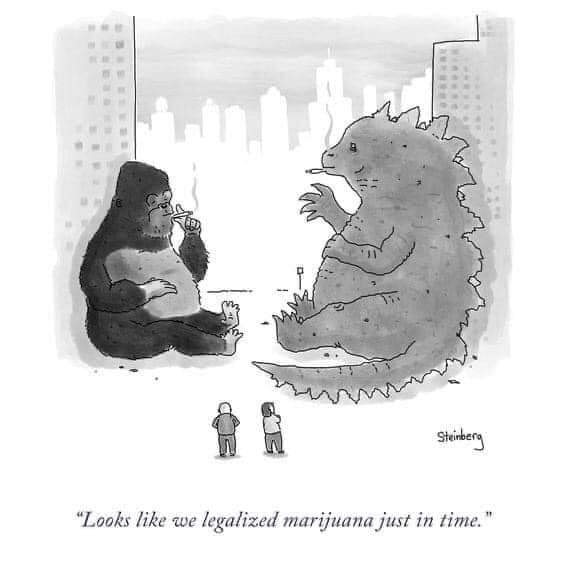 Dr. HK said:
besides, I don't smoke or take MJ products but I see signs, saw one last night 10 joints for $20. A vagrant bum can get that panhandling in an hour or less.
Click to expand...

Those would have to be some skinny pinners. 10 for 20? Someone has some cheep weed

RickN said:
To much going on and have not had a chance to get to the range. Daughter in for test, relative died today with another on hospice, wife messed up her back. So pretty much SNAFU.

Going to try again next week when it cools off a bit.

Hand cycling with 55 and 62 grain 5.56 works a lot better than the ballistic tip, but the ballistic tip hand cycle just fine in the 20rd steel Ruger mag I have. They do not drag on the front of the mag.
Click to expand...

You sound like one of the most unlucky guys I know on here. Condolences on the relative passing and hope the ladies get better.

Seadog said:
You sound like one of the most unlucky guys I know on here. Condolences on the relative passing and hope the ladies get better.
Click to expand...

Not so bad. I have a roof over my head, food in my belly, things that go bang, I know some great guys on OSA and I have a wife that loves me for some strange reason. Things could be a lot worse, and sooner or later they probably will be.

thor447 said:
Regarding the talk about casinos earlier, there are two non-tribal casinos in Oklahoma. Remington Park and Will Rogers Downs are are regulated under the Oklahoma Horse Racing Commission, and not through a tribal entity. Although there was talk here about opening it up to non-tribal operators, I can tell you with first hand knowledge that the state brings in a mountain of cash each year through the class 3 gaming compact they have with the tribes (which recently renewed, with no thanks to the governor). How they allocate and use those funds is something we can all debate, and I'm sure that most of use would find issue with how the state uses that money currently. Make no mistake though, it isn't as if they aren't making anything off of those casinos. The numbers are absolutely astounding, and I see them.
Click to expand...

Comparing the two horse racing tracks with the multitude of casinos is apples to peanuts though.

Let every Oklahoma citizen have the right to open up for gambling and introduce that one thing that develops excellence - competition.

BTW - I'm a tribe member, and I don't see the books, but I can see the parking lots full of fools handing their money over to the tribes' government. My take is exactly zero.

I really look to see tribes opening up abortion services, that'd be great fun to watch.

RickN said:
Not so bad. I have a roof over my head, food in my belly, things that go bang, I know some great guys on OSA and I have a wife that loves me for some strange reason. Things could be a lot worse, and sooner or later they probably will be.

You sound like me and what I say most days. I’m blessed. I try to see things positive like you described. I say the same thing about my ol lady. Not sure what she sees in me. But I’m lucky she keeps me

Seadog said:
That’s how it was sold to us. That it would be an end to all public education Financial problems. Schools would have all the money they need and they wouldn’t have to raise taxes on us. Typical Democrat lie.
Click to expand...

the democrats are all part of the lobby that ushered in the big lie. ex dem governors receiving premium office space. The prime location of the cultural center given away, etc.

I wonder what all the scientists who receive federal funding for studying "climate change" would say about marijuana usage medical or not? I don't think our country needs to go through a drug turmoil, we'd have riots, street protests and worse. We don't need any more problems, we have more than enough already on our platter. Reminds me of the old saying, "let sleeping dogs lie."

I’m so tired of the more liberal metropolitan areas forcing their desires on the rest of the state/country. I think all state wide questions should be handled much like the Electoral College chooses the president. Each county has a predetermined number of representatives to vote as their county determined by election.

I feel that recreational marijuana is a good thing. Saying it will raise money for schools/etc is a lie, I feel like that’s been the thing we have seen with casinos, the lottery, and medical lot. Otherwise, I would think that if the money actually made it to the schools we would have much nicer, better funded schools and teachers. Across the board, from elementary schools to state funded votechs/state funded colleges. But it doesn’t seem to be the case.

Instead, they need to be honest, have transparency when it comes to taxation and what it REALLY goes to, and work on controlling the illegal grow operations. I feel that the government shouldn’t tell people what they can or can’t do with their bodies when it’s something as harmless as marijuana (for most people at least) and that at the end of the day, marijuana is better for many things than getting pumped full of pharmaceuticals. Less government, more freedom. You don’t need a license for alcohol, tobacco, vapes, or fast food. Overdoing it on any of those can/will kill you. Marijuana won’t.

Saturday at the NRA Meeting in Houston