Yeah, I decided I'm going to just use this as a golden opportunity to buy a new tool. I'm going to try the Frankford Arsenal precision case trimmer. It seems that a lot of people like it, some people don't. So just to be safe, I'm going to order via Amazon in case it sucks. I hate Amazon but they take stuff back faster than Walmart it seems.

Rez, add some pictures to the post. I’m sure everyone would love to see what you’re working with.

HiredHand said:
Rez, add some pictures to the post. I’m sure everyone would love to see what you’re working with.
Click to expand... 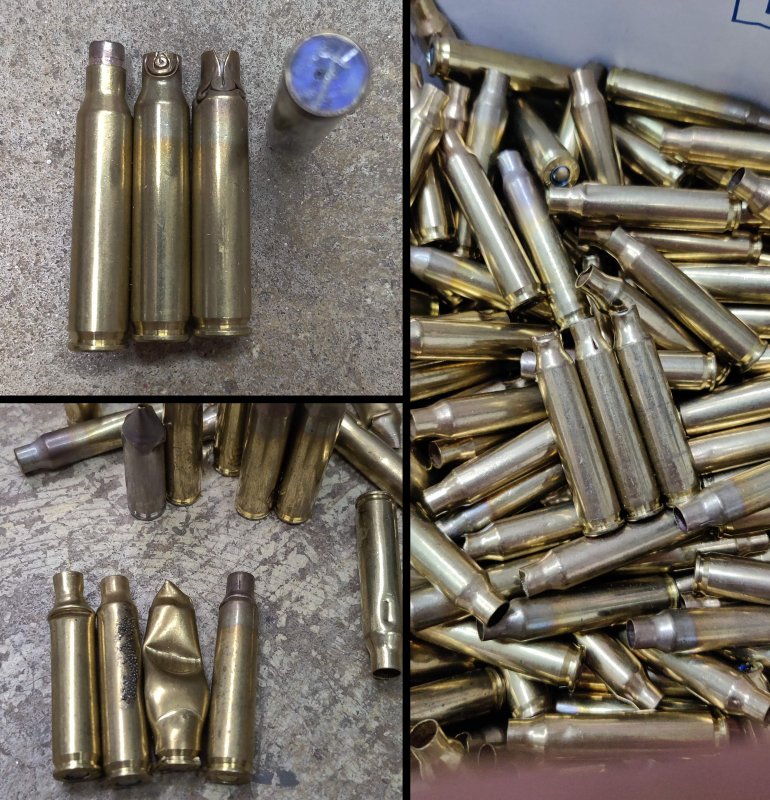 This is the some of the pieces that were sorted out. The top left was some of my favorites --- had a couple where the bullet got ripped in half instead of pulling out, and some with really interesting patterns, and the silver one that never got the primer pocket or rim done.

Bottom left were some of the more egregious failures. I thought the one with powder was interesting. Apparently some gummy substances on the case caught like glue but a lot were just plain crushed/mangled.

The picture at right is the more common failure bucket --- this is the pile that will get cut to 300 as most of the problems are case neck related. The ones I staged at center kind of show that best. No issue with the rest of the case, just in the neck. 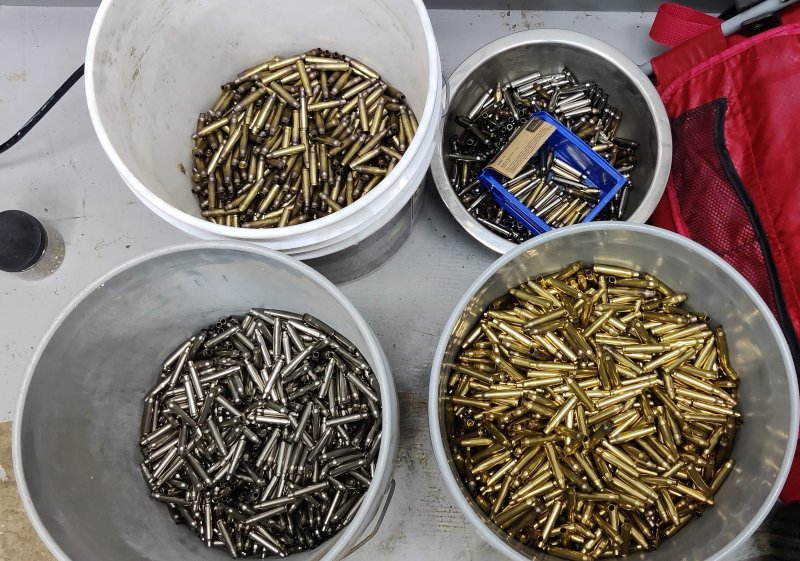 I do most of my case work with a lathe where possible --- it really speeds operations so I have to include a glamor shot. I'd vacuum the brass dust every 50-100 rounds when it looked like this. Note that here, I was setup to trim/chamfer/deburr but I could only do that for the UNprimed cases. The lee case trimmer cannot be used with primed cases, so I had to do those on the Acculine not seen here. For those, I'd trim them, then still bring them to the lathe for chamfer/deburr as it was significantly easier on my hands, and much much faster. Also, for the unprimed brass I also hit them with a crimp remover. 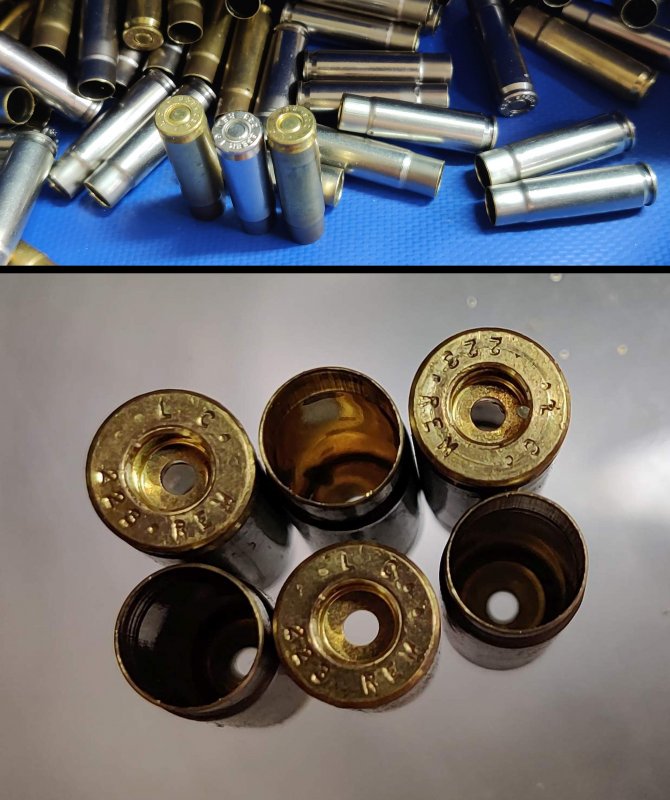 Finally, some shots of the finished product. I trimmed these to 1.359 +/- .004 (EDIT: See note in post below) with the majority being at 1.360 and 1.361. I'm fine with a variance there as they are all in spec, and will be plinking rounds anyways. To tighten that up I'd have need to sort all by headstamp and adjusted the trimmer to the batches I guess. I just need to load primers into the bottom ones to call it good. But they do nicely show that at least for the efforts these are brand new never first Lake City for the most part. The top ones you can see some of the other brands (FC/Speer) if you look close enough.
Last edited: Jun 14, 2021 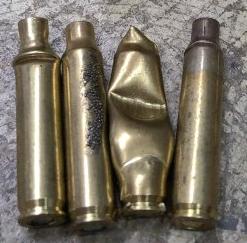 Rez Exelon said:
I trimmed these to 1.360 +/- .03 IIRC. I'm fine with a variance there as they are all in spec, and will be plinking rounds anyways.
Click to expand...

On the first round with these cases, I'm not going to be as picky because I know they're going to get loaded up with test loads into a new upper, and a good chunk have dents and dings that are going to affect the way the round works anyways.

Once the new trimmer gets here next Monday, that might make it more consistent on the second batch, but that'd be a bonus. The Frankford Arsenal trimmer indexes on shoulder rather than the Acculine where the case is in the shell holder and it seems like the variance in the rim thickness is what's translating into a different in the OAL on the Acculine trimmed cases. All the first/second batch cases have got their first firing and are more uniform in the dents/dings aspect I'll trim again to a more consistent length using the same methodology on all the cases.

Yea I don't sweat that much either. ZERO lives matter! lol

Shadowrider said:
Yea I don't sweat that much either. ZERO lives matter! lol

Good call out though --- I goofed that one by a wide margin lol.

Buying ammo for the cases?