Snakes on the range !!

Went back to the range early again this morning to run another 50 rounds through my SR1911 and before shooting I walked over to the stat house to have a look around.

Noticeable absence of frogs and I found one descent size snake, with a attitude, curled up under a double sink that needs to be deposed of under the pavilion and I started herding him west with the rake.

Got him headed west and he decided that he'd had enough of me screwing with him and ducked under a sea container that we use for storage where one of the others went Tuesday morning.

Being elevated there's room enough to do it but you couldn't get me to crawl up under that container if there was a big sack of 100 dollar bills waiting for me under it......maybe the club needs to invest in a couple really bad a$$ mongooses to thin the snake population. 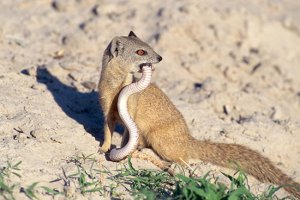 If it were any other snake, I’d let it be, but the copperheads around here are too damn aggressive, so anything that even looks remotely like one gets sent to meet its dear and fluffy lord by any means available.
C

2busy said:
When you see one copperhead, there is another close by.
Click to expand...

Seadog said:
Also supposedly if the snake has round pupils it’s not poisonous and if it has cat’s-eye slanted pupils then it’s poisonous. My problem is I’m not getting that close to figure out. Pop pop pop pop or swack with a machete or axe
Click to expand...

Coral snakes are the exception to that rule.

mgssamn said:
I am originally from non venomous part of the country Minnesota (years ago) and still cant identify all snakes. i have copper head identification down and had to put down a few in yard as well. this pic is from a friend,(Oklahoma) that shows round versus diamond eyes- but with triangle/diamond head. this snake no doubt had round eyes, but triangle head. personally, based on internet and facts maybe not poisonous due to round eyes? but I wouldn't trust it lol. anyone know what it is?View attachment 209831 . I would have though cotton mouth but not if it isn't poisonous.
Click to expand...

I can’t positively identify that snake but in general several snakes can flatten their head and look like something poisonous.
Hog Nose and Bull snakes do this all the time.

JR777 said:
My experience with rattlesnakes is by the time they rattle they're already super pissed. They will literally let you step on them before they rattle.

I was out hiking with some friends one day trying to cross a boulder field, and there was about a ten foot long FAT rattlesnake sunning itself on a boulder we needed to cross. And the lazy bastard wouldn't move! We were poking it with long sticks trying to get him to move or even push him along, but he wouldn't and he was too heavy to push. Didn't hear even a hint of a rattle the whole time. We gave up and just went around.

It was hot that day, so it's not like he was frozen or anything, and there weren't any obvious bulges so I don't think he was so full he couldn't move. No obvious injuries, no signs of him being sick. Just a fat lazy snake who knew he was the biggest baddest thing in the woods.
Click to expand...

King fat snake of the boulder on the hill.

Saw a coyote this morning.
2 3