Oklahoma Game Wardens busted an illegal electrofishing operation along the Red River over the 4th of July weekend.
Wardens said they caught two men red-handed as they were putting their boat in the water. They said they were out doing their normal holiday patrol and stumbled across two men with a boat and jet skis, but they were rigged with wires designed to shock the fish, so they could scoop them up and toss them in the boat.

"Possession of a shocking device on or near the water is a violation. So, we didn't even need to have him put the boat in the water,” said Game Warden Jay Harvey.

Harvey said he and his partner were patrolling the Red River near Idabel when they spotted a boat and two jet skis on the bank, but something didn't look right.

"These guys use an electric motor to generate the electricity, by spinning these two different wheels,” said Harvey. "They introduce electricity into the water. Whenever the fish go into that field, it stuns them, and they float to the top. Then these guys will take their dip nets and just dip them up."

Harvey said he's been working the Red River for 27 years and he said they catch somebody just about every year who’s shocking fish. He said what's more concerning is not knowing how many they don't catch.

"According to our suspect, this particular setup has been in use for 40 years, that he had it in his possession,” said Game Warden Andrew Potter.

Harvey said these shocking devices are cheap, easy to build, and very effective, but they are illegal, and they can do a lot of damage to the fish population.

"I've personally caught a group of guys that had 105 fish. That is way over the limit. Now we don’t know what these guys would have done that day, I think they were experienced enough that they were going to catch fish,” said Harvey.

Harvey said although they caught these guys fishing illegally, they said everyone else they checked was doing it the right way.

"In my opinion, whenever people hunt and fish illegally, they are just stealing from the other citizens,” said Harvey.

The wardens said men didn’t have any fish in the boat yet. They were given nearly $800 tickets. 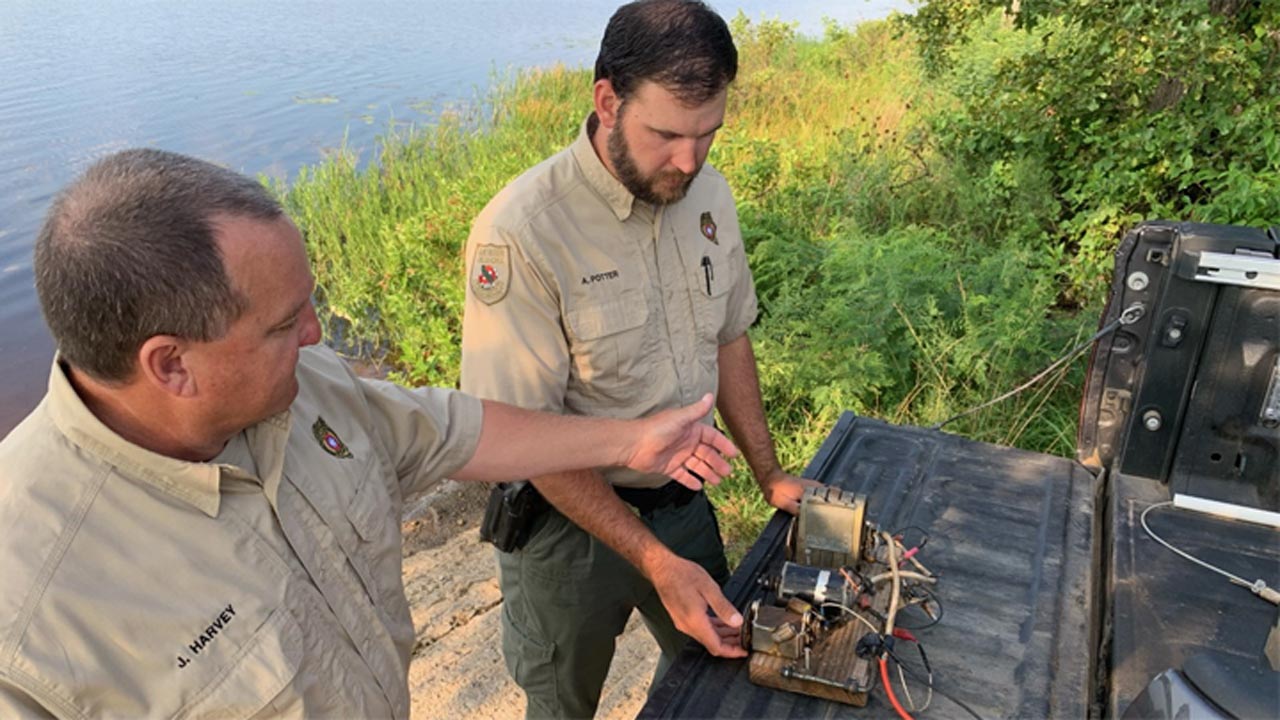 What, no hand crank? Pffft, that’s not old school!

There ain’t a big buck or any amount of fish worth getting a ticket or going to jail for.

I’m a Mandalorian. Weapons are part of my religion

retrieverman said:
There ain’t a big buck or any amount of fish worth getting a ticket or going to jail for.

I can legally catch or kill all I want to eat.
No need to violate game laws.
Some of these violators are supplying restaurants with fish. I’m glad they got busted.

I need to try some magnet fishing for 50 cals.

Humane fish kill/cleaning??? And to bleed them?
2

Idiot at Thunderbird on jet ski
2