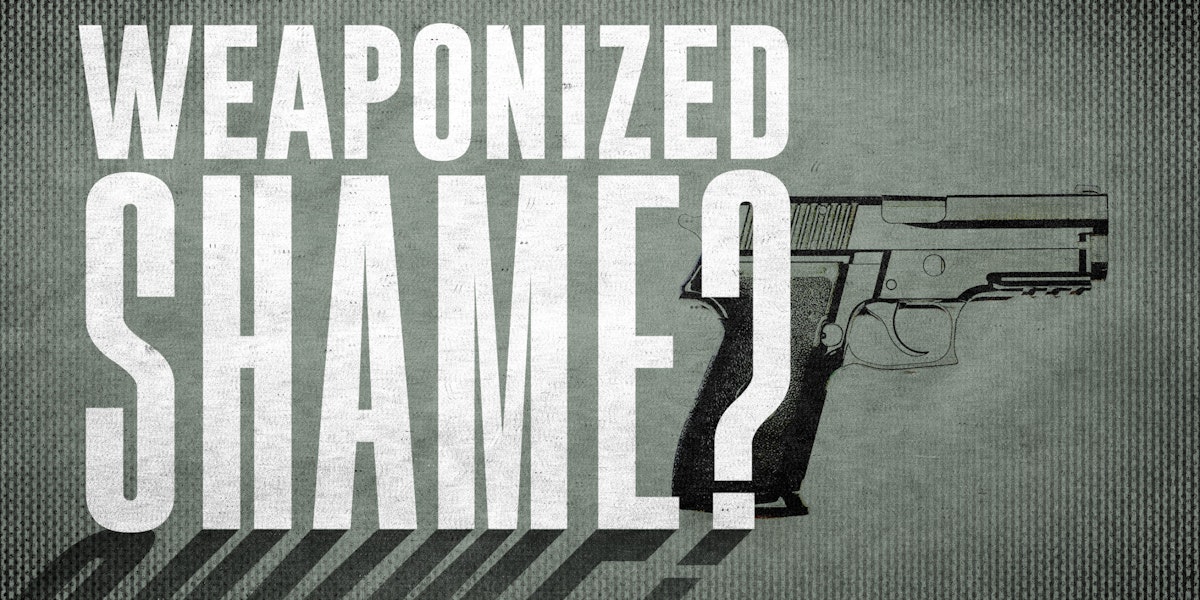 Give Up Our Guns?

One writer thinks he's stumbled upon the secret to persuading millions of Americans.
patriotpost.us 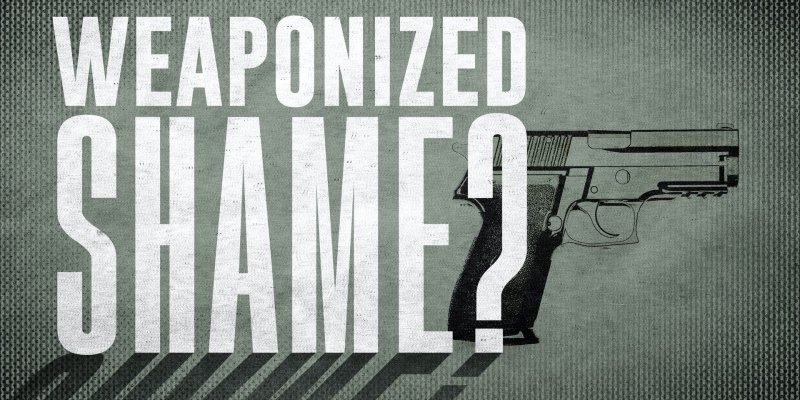 Give Up Our Guns?

One writer thinks he's stumbled upon the secret to persuading millions of Americans.
patriotpost.us
Give Up Our Guns?​

One writer thinks he’s stumbled upon the secret to persuading millions of Americans.
LEWIS MORRIS
SEPTEMBER 16, 2021

“Leftists have been working for years to chisel away at our Second Amendment rights. Their most favored tactic is gun control, creating more restrictive regulations and outlawing certain types of firearms.” … “Frum’s assessment is that gun owners can be convinced to give up their guns if they are shamed into thinking that gun ownership is socially unacceptable, much like the movements to reduce smoking and drunk driving.”

I was so ashamed I threw all of mine in the lake.
T

Any of you on Nextdoor? It's happening there.

I have no shame, just ask anybody.

Lol. Might work on some of the new liberal gun owners.

Which is fine by me. Liberals shouldnt own guns.

The guy is missing the unintended consequence. Conservatives dont like being told what to do. It will only strengthen our resolve further.

TANSTAAFL said:
Any of you on Nextdoor? It's happening there.
Click to expand...

I got kicked off of their at the beginning of the chinaflu lockdowns.

It is a SF company btw.

so if they used rope we'd be talking about rope control?!
we don't have a gun crime problem.
we have a race problem.
the numbers are obvious.

it's like covid right? we're talking about the 30% of people who aren't vaxxed ruining it for everyone? well how about the 6% committing over 50% of all murders, 60% of all gun crimes in general?

and what about the cops? did you know the arrest rate for a non-fatal shooting in chicago is 5%?! 5. percent.

that's right, if you commit a murder, right now, odds are you would get away with it! no wonder people keep doing it! the biggest lie is that police do anything about crime. the way people on this forum talk, you'd think they could catch anyone committing any crime. there's an awful lot of people here who don't understand there's simply too data. there's just too many things happening.

the *majority* of murderers go free. you think they care about you?!
like think about how often things like "crime rate" get mentioned. but if we're talking about getting things done, isn't *total* crime a bigger deal? if police forces are expanding, crime rates are lower, but *total crime* is still higher, isn't that a pretty poor job of policing?

Just don’t have any shame and then it won’t work.

I was almost convinced...right up until I read the "Give Up Our Guns?" part...

Excellent civics lesson and why we are in a Rearguard posture

The Rolling Stone's "How to Beat the NRA"