Glocktogo said:
Well that sucks and whether a flaw of the system or application, really doesn't make much difference at that point. I think we overly burden law enforcement and in some cases, medical professionals with mental health counseling and treatment. There should be more resources available to those who suffer.

Absolutely! And here in Oklahoma, we're all about cutting back on the availability of those resources! W00T!!!!

Of course he does! He doesn't have guns and will experience no consequence of the abuse of the laws! Even if he sees the wrong in the abuse.

I'm afraid the majority of folks are in his position.

Of course he does! He doesn't have guns and will experience no consequence of the abuse of the laws! Even if he sees the wrong in the abuse.

I'm afraid the majority of folks are in his position.
Click to expand...

"PEOPLE" it takes people to carry out the laws.. The people you work with, go to church with and associate with..

Glocktogo said:
In every state in the nation, there are mechanisms with which concerned family members and/or the government can have someone declared mentally incompetent. While not every jurisdiction reports the mentally incompetent to the FBI for inclusion on the NICS prohibited persons list, there's nothing saying they can't. Yet all we hear about is how they can't prevent mentally ill people from buying or possessing guns without these new "Red Flag" laws.

I've seen law enforcement officers on other forums supporting these types of laws, saying Due Process is afforded by the affidavit sworn to a judge and it's no different than getting a warrant on probable cause of a crime. What they fail to mention is the "Due Process" hearing is in absentia and were they actually swearing a warrant for a crime, the warrant would be denied due to lack of probable cause that a crime has been committed.

What they really want is this: 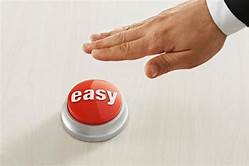 They want an easy way to circumvent the hard work of proving a case against someone, and that's borne out in Florida where they've had a Red Flag law on the books for 18 months and they've already used it some 2,500 times:

The big risk comes in two ways. One is where a person is flagged for removal of their rights under the law (I don't consider 12 months to be "temporary") who IS NOT an actual threat to themselves or others, has committed no crime and despite that, the mere act of being reported is enough for a judge to grant the order "out of an abundance of caution". The other risk is mistaken identity, and Florida has already had this happen:

In this case, this man's civil and constitutional rights have been violated by the government, and yet he will likely have no redress for damages because the sheriff's office is acting in accordance with the law. This is unconscionable and intolerable. These laws MUST be challenged and overturned all the way through the Supreme Court. The risk of abuse is far too great and is not an acceptable shortcut in protecting the public.
Click to expand...

This really isn’t going to change, it’s going intensify over the next few years/decades. The only way to stop the progression is 1)states leaving the union to form a new country 2) total collapse of our government 3) civil war. With options 2 & 3 you have the risk of China mounting an offensive and taking over (I made the middle of it all) . In short it’s unstoppable short of the rapture.