Cowcatcher said:
You asking which brand, or type of welder? I'd say if you're gonna do aluminum go with a tig. I've got a spool gun for my mig but it's a pain. I've stick welded aluminum on cattle pots a little and it's nothing pretty.
Click to expand...

To weld brass you'll have to use a tig unit.. Tungsten inert gas.. Never did any brass myself, But did weld plastic for a few years..

I forgot I have brazed brass with an oxy rig. It was a pain though.

Well, I'm probably gonna disappoint some of y'all with my choice but I ordered a machine yesterday morning. I've read several good reviews about this machine and watched some video reviews. It appeared most of the reviews were credible and the guy in one video seemed like the type of fella that would dang sure tell it like it is. The fella that operates Primeweld seems like a good guy on other forums and even returned my call on a Sunday. There is also what appears to be a reputable member on one of the welding forums that is a Primeweld dealer and their repair tech. The machine has a 3yr warranty and Primeweld will handle shipping both ways if the machine has to be sent to the tech. Yes it's a Chinese machine. It does come with a CK brand torch which seems to have a pretty good following. It appears these machines sold pretty good because they were sold out and I noticed several folks claiming to be on the waiting list. I got on the list to about 30 days ago. Since then I've been roaming Craigslist and just didn't find a deal that felt right. It seemed I was really good at finding scams as @kwaynem noticed. I even bothered @Timmy59 with ads I found. If I get to using a tig more than I think I will, I'll save up for an American machine. Two weeks ago Mike at Primeweld emailed me and let me know the ship had arrived with a load of machines and getting em through customs would probably be a 10 day process. Yesterday I got an email saying they were available for purchase so I ordered one for $775 shipped. If this machine doesn't work out, I'll know firsthand. I appreciate all the input from yall and fully understand why some encouraged me to get an American machine. I decided I wanted a tig NOW and didn't want to pay for a new red or blue one right now. I'm not a fan of buying used machines from folks I don't know. Especially when I'm too ignorant about tig welding to truly test one. Stick or mig would be a different story. We shall see how it works.

If you need any help cowcatcher feel free to ask buddy

This video is about 20mins but may help anyone else looking.

I saw the above in Walmart and thought of your "girls."

I saw the above in Walmart and thought of your "girls."
Click to expand...

Lol! The lil one and I bowled a few games of 5pin targetball shop bowling today!

After all of this you had better give us an update. Don't leave us a hangin.

FedEx man swung by a little bit ago. 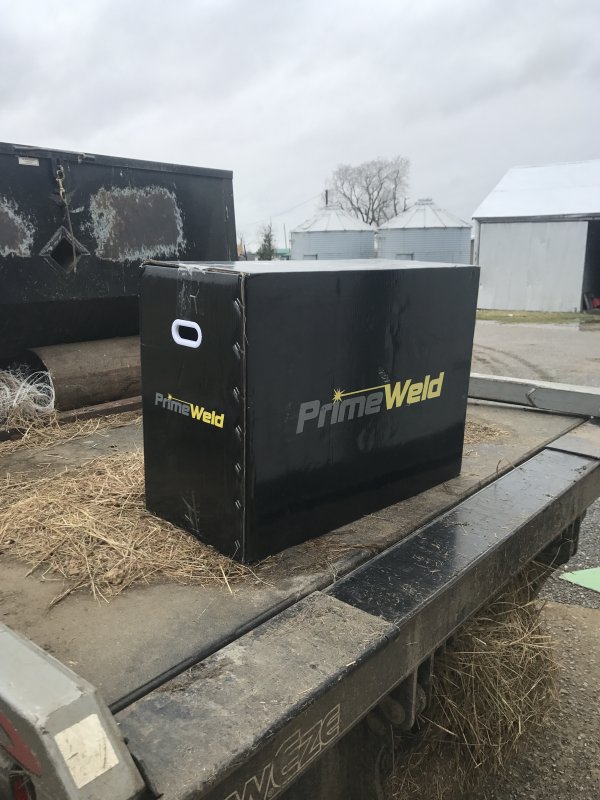 Finally Set It Up and Used It...