NG logs have to be set up in the fireplace with air exchange vents usually with a thermostat operated fan blowing the air into the room. A good reflector in the back is a good idea too. I have a wood fireplace that was poorly built but we are going to convert to NG logs. It already had gas piped to it for wood starting help.

Wifey has an electric fireplace that has a flame. I dunno what it burns but that sucker puts out heat. 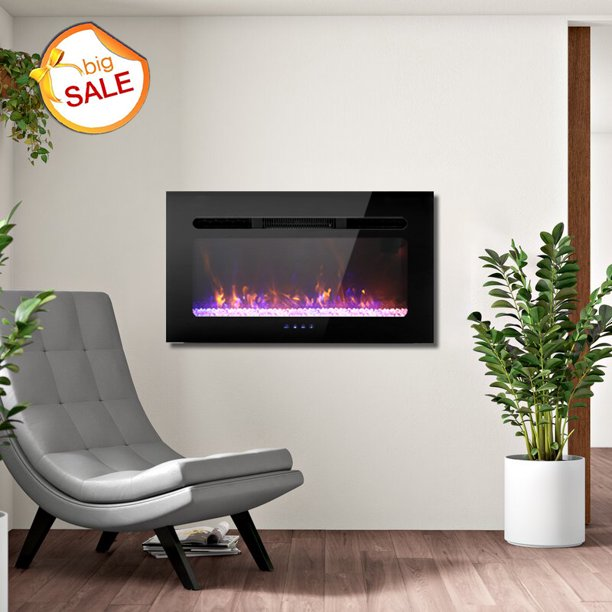 Aries said:
Wood fireplaces are very inefficient, the smoke has to vent and they actually pull more heat out of the house as a whole than they provide.
Click to expand...

This I know. My grandfather put in heat exchangers in both fireplaces when he built his last house. Each fireplace had fans on both sides with the intake above the fireplace door. Air would draw in from the top, pick up heat from the flue and around the brick of the fireplace and then get blown into the room. The only downside is he never thought to make them powered by a generator. We got stuck in a blizzard at his place one Christmas, 3 days with no power and no way to get off the property. We had to run a generator with a small room heater, the tv and the dish box. After the first day I'm surprised we didn't burn the place down as the power strip and extension cord wasn't rated for that much amp draw and both dang near melted.

Our society and individuals are too reliant on electricity.
instead of trying to build more solar panels, why don't we build houses in more efficient ways? In the old days, homes were designed with air-flow in mind to keep things cool. in New Mexico they use Pueblo homes...
i think the less reliant people are on society to provide for them, the less the .gov can control us. that's why they've been pushing for gun control so hard. If you can't stand on your own two feet, the political elite can control you.

Aries said:
Wood fireplaces are very inefficient, the smoke has to vent and they actually pull more heat out of the house as a whole than they provide.
Click to expand...

Unless one has dedicated fresh air makeup to feed the fireplace.
Amazing how many people that sell fireplaces and inserts don’t have a clue that a cubic foot of air up a chimney requires a cubic foot of make up air from somewhere to operate making certain parts of the home with leaks colder.
We are looking at replacing our wood burning stove with a pellet stove using outside makeup air matched to what the displacement is.

TerryMiller said:
Sometime within the last few months, I saw an article about a ship lost at sea after suffering from a major fire. The ship was carrying new automobiles, and someone was speculating that the source of the start of the fire was a battery in an electric car.

Because that source requires agreeing to cookies to read, here is the story.

"A large cargo vessel carrying cars has sunk in the Atlantic Ocean, thirteen days after a fire broke out on board.

The ship's manager and Portuguese navy confirmed on Tuesday that the Felicity Ace sank around 400 kilometres off the Azores.

The Panama-flagged vessel was being towed after a salvage team had extinguished the fire, MOL Ship Management in Singapore said in a statement.

The 200-metre-long vessel had been sailing from Germany to the United States before it caught fire last month. Portugal's Air Force had evacuated the 22 crew members, before letting the ship drift for several days in the mid-Atlantic.

Ocean-going tugboats with firefighting equipment had been hosing down the ship’s hull to cool it.

It was not clear how many luxury cars were onboard, but vessels of the Felicity Ace’s size can carry at least 4,000 vehicles.

The ship was transporting electric and non-electric vehicles, according to Portuguese authorities.

Authorities suspect the fire may have broken out due to the lithium batteries used in electric vehicles, but an investigation into the cause of the blaze is still underway.

The Portuguese navy confirmed the sinking of the Felicity Ace, saying it occurred outside Portuguese waters.

There were also concerns that the sunken vessel could pollute the ocean, given that it had been carrying 2,000 metric tons of both fuel and oil.

The Portuguese navy said in a statement that only a few pieces of wreckage and a small patch of oil was visible where the ship went down. The tugboats were breaking up the patch with hoses, it added.

A Portuguese Air Force plane and a Portuguese navy vessel will remain at the scene on the lookout for signs of pollution."
Click to expand...

That stupid ship was also carrying 8500 sq/ft of Italian carpet for one of the projects we were working on. It delayed us for nearly 2 months waiting for a new shipment.

Snattlerake said:
Wifey has an electric fireplace that has a flame. I dunno what it burns but that sucker puts out heat. 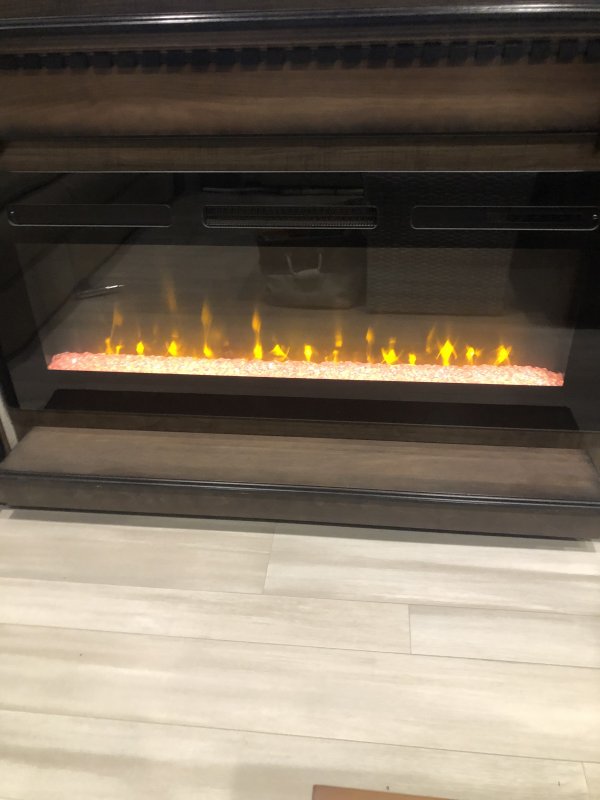 I have a house in WA with a fireplace and unless you are standing within 1 inch of a blazing fire you feel nothing. It is a total waste of time. Proper design is everything.

NG is going through the roof, at
Least what these providers are charging. I’m not sure how the price can jump as much as it did while market prices are dropping. 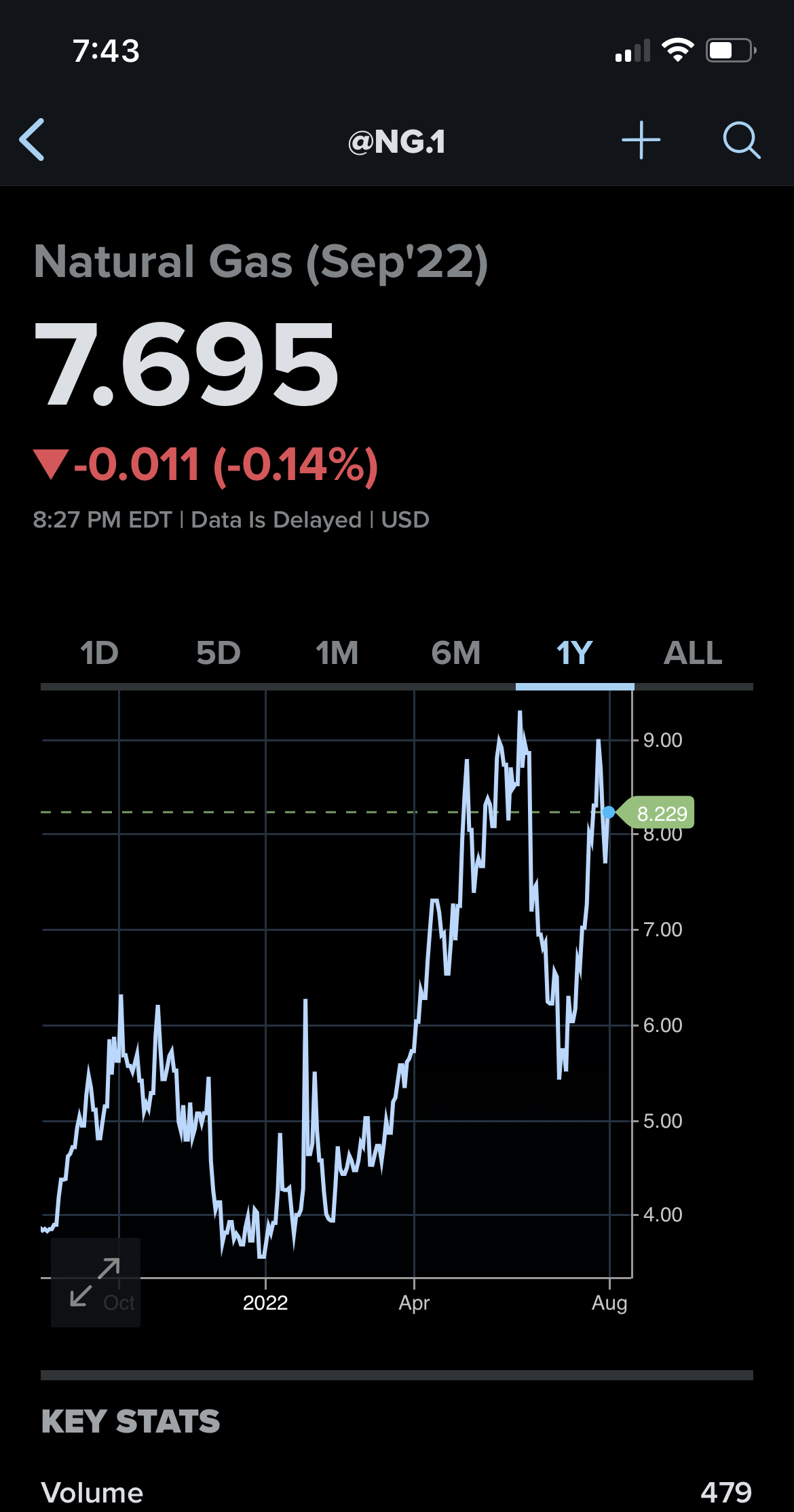