What a cluster! Can they blame this on dementia? 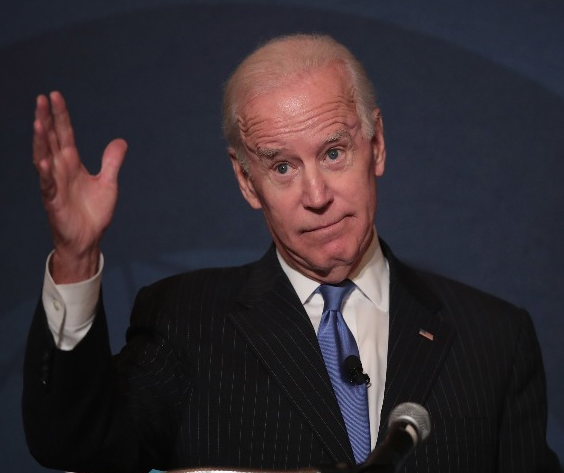 President Joe Biden urged migrants not to come to the United States on Tuesday, as criticism mounted over a surge in people arriving at the southern border with Mexico -- including thousands of unaccompanied children.

"Yes I can say quite clearly don't come over ... Don't leave your town or city or community," he said in an interview with ABC News, addressing the migrants.

Speaking hours after his head of homeland security defended the administration's imigration policies, Biden also shrugged off claims that his dismantling of former president Donald Trump's tough stance had encouraged the surge, pointing out that there had been similar surges in 2019 and 2020.

"The idea that Joe Biden said 'come' - I heard the other day that they're coming because I'm a nice guy... Here's the deal, they're not," he said.

On January 20, his first day in office, Biden scrapped several of Donald Trump's contentious immigration policies, including halting new construction of a border wall and proposing legislation to create a citizenship pathway for the nearly 11 million people living illegally in the US.

Republican critics say Biden's policies caused a sharp increase in migrants seeking to cross into the US illegally.

The president spoke a day after after top Republican congressman Kevin McCarthy visited the border in Texas with fellow Republican lawmakers and accused Biden of creating a "crisis."

Mayorkas acknowledged the United States was "on pace" to encounter more migrants at the border than at any time in two decades, but said such spikes were "not new," having also occurred in 2019, 2014 and earlier.

"The situation we are currently facing at the southwest border is a difficult one," Mayorkas said in a statement.

"We are keeping our borders secure, enforcing our laws, and staying true to our values and principles."

Mayorkas said the rise in unaccompanied children -- some as young as six or seven -- comes from ending the policies of Trump, whose administration "cruelly expelled young children into the hands of traffickers."

"They are vulnerable children and we have ended the prior administration's practice of expelling them," he said.

The Biden administration continues to expel most single adults and people traveling in families.

In February, Customs and Border Protection agency (CBP) arrested about 100,000 people at the southern border -- including nearly 9,500 unaccompanied children -- a 28 percent jump over January.

Mayorkas blasted the Trump administration for having cut aid to El Salvador, Guatemala and Honduras meant to tackle the root causes of migration such as violence and the impacts of natural disasters.

Holding facilities for apprehended migrants are crowded, Mayorkas said, noting authorities had not "had the capacity to intake the number of unaccompanied children we have been encountering."

Cuban-born Mayorkas said his parents, who brought him to the U.S. as an infant, "understood the hope and promise of America."

"Today, young children are arriving at our border with that same hope," he said. "We can do this."
L

But, didn't you heard? He inherit the situation at the border. The dang Fake news narrative.

Louro said:
But, didn't you heard? He inherit the situation at the border. The dang Fake news narrative.
Click to expand...

Yep, they can't deny it any longer, so make it Trump's fault.
T

SlugSlinger said:
"Yes I can say quite clearly don't come over ... Don't leave your town or city or community," he said in an interview with ABC News, addressing the migrants.
Click to expand...

If you listen to the clip for this quote, it's even worse. Some honesty pops out accidentally. What he said was "..don't come, while we're getting set up.."

In other words, wait until we can improve the optics of illegal immigrants flooding over the border..

This isn't a bug, it's a feature. Meanwhile there's been another mass death event linked to this Biden sponsored insanity.

AUSTIN, Texas (AP) — Eight people in a pickup truck loaded with immigrants were killed when the vehicle crashed into another truck during a police chase that began when the driver refused to pull over for a traffic violation near the Texas border city of Del Rio, authorities said.

The collision happened weeks after one of the deadliest highway crashes involving migrants entering the U.S. without permission and amid rising crossings along the U.S.-Mexico border. The Texas Department of Public Safety says troopers were chasing a red Dodge pickup truck on U.S. Highway 277 on Monday afternoon when the truck collided head-on with a white Ford F-150 nearly 30 miles (50 kilometers) north of Del Rio.

In a statement Tuesday, the agency did not specify what type of traffic violation occurred that prompted patrol troopers to pursue the Dodge pickup.

The people killed were all Mexican nationals between the ages of 18 and 20, according to Val Verde County Sheriff Joe Frank Martinez. He said seven were men and one was a woman.

Martinez referred other questions to DPS.

The driver of the Dodge pickup truck, Sebastian Tovar, 24, ran away following the crash, but was later arrested, according to the state agency. A DPS spokesperson said Tovar was booked into federal custody and additional state charges were pending.

Earlier this month, 13 people were killed in a crash shortly after a Ford Expedition entered California through a section of border fence with Mexico that was cut away, apparently by smugglers, according to immigration officials. The Expedition crammed with 25 people struck a tractor-trailer.

In a statement Tuesday, Homeland Security Secretary Alejandro Mayorkas conceded that a recent increase in children traveling alone across the Mexican border was a challenge. He noted that the number of Border Patrol encounters at the border has been steadily increasing since last April. But, he added, “This is not new,” citing previous surges in border crossings in 2019 and 2014.
Click to expand... 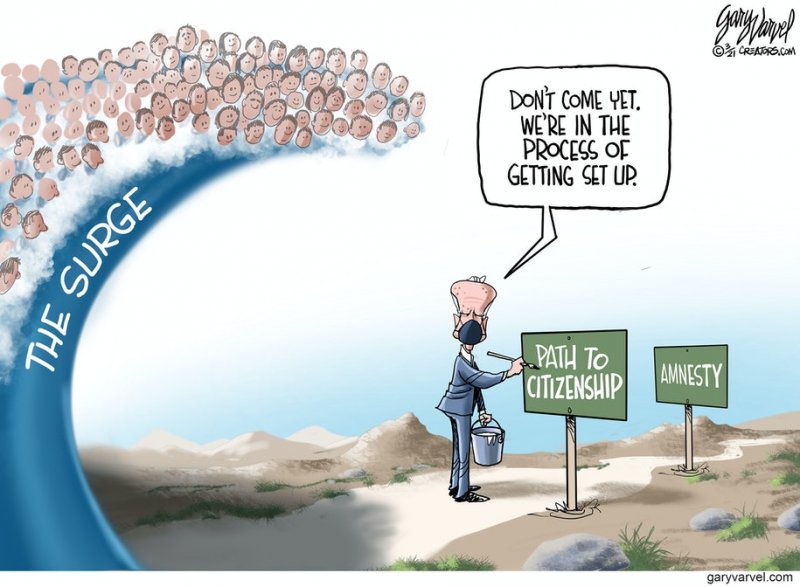 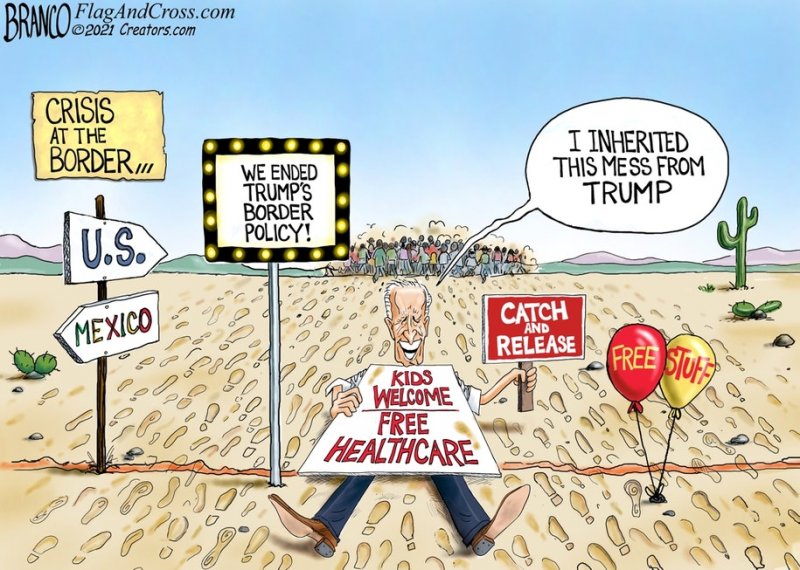