What it's like to spend 125 days flying the U-2, according to the only active-duty pilot to ever do it 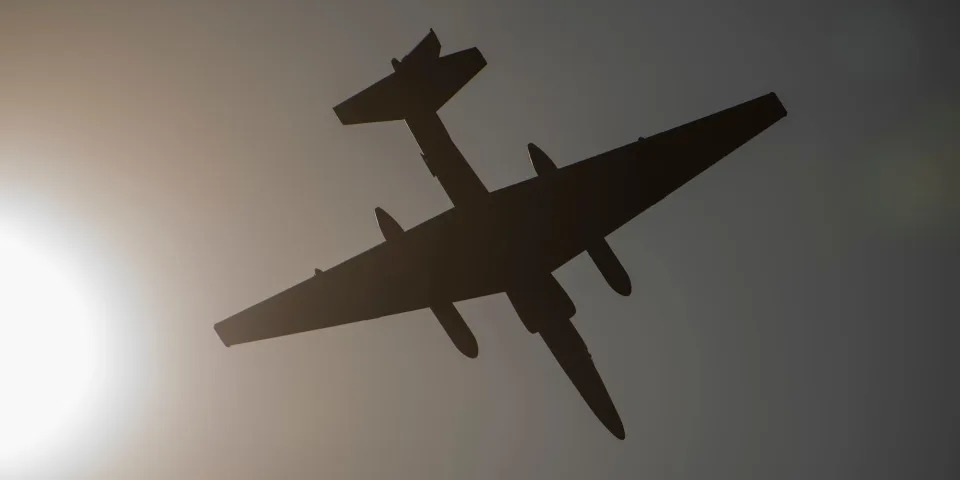 A US Air Force U-2 at the California Capital Airshow in Sacramento, September 25, 2021.US Air Force/Nicholas Pilch
When US Air Force pilot Lt. Col. "Jethro" first learned about the U-2, he was determined to get into the highly selective training program.
Piloting the vaunted "Dragon Lady" meant flying "single-seat, high-altitude, wearing the space suit, alone, unarmed, and unafraid, many miles from your homebase," he told Insider.
Lt. Col. "Jethro" — his call sign, an alias used for security — went on to complete the training program and land his dream job piloting the U-2. It's a distinction that just 1,079 people have earned. 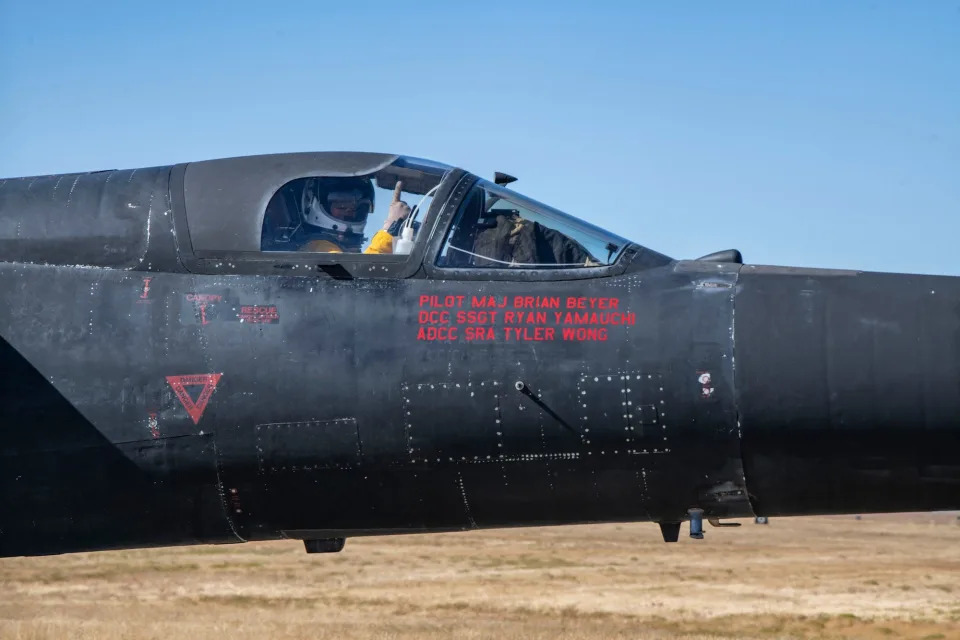 Lt. Col. Jethro after becoming the second pilot to reach 3,000 hours in the U-2 while on active duty, at Beale Air Force Base, September 29, 2021.US Air Force/Senior Airman Jason W. Cochran
Following 10 deployments between 2007 and 2018, Jethro became an instructor pilot with the 1st Reconnaissance Squadron, which is responsible for training all U-2 pilots.
- ADVERTISEMENT -
Today, he trains the newest cadre of U-2 aviators at Beale Air Force Base in California, putting them through the same rigorous program he completed 15 years ago.
In September, Jethro became the second pilot in history to reach 3,000 hours piloting the U-2 — and the first to do it while on active duty.
He told Insider about his milestone flight and what it has been like to spend the equivalent of 125 days flying the U-2. 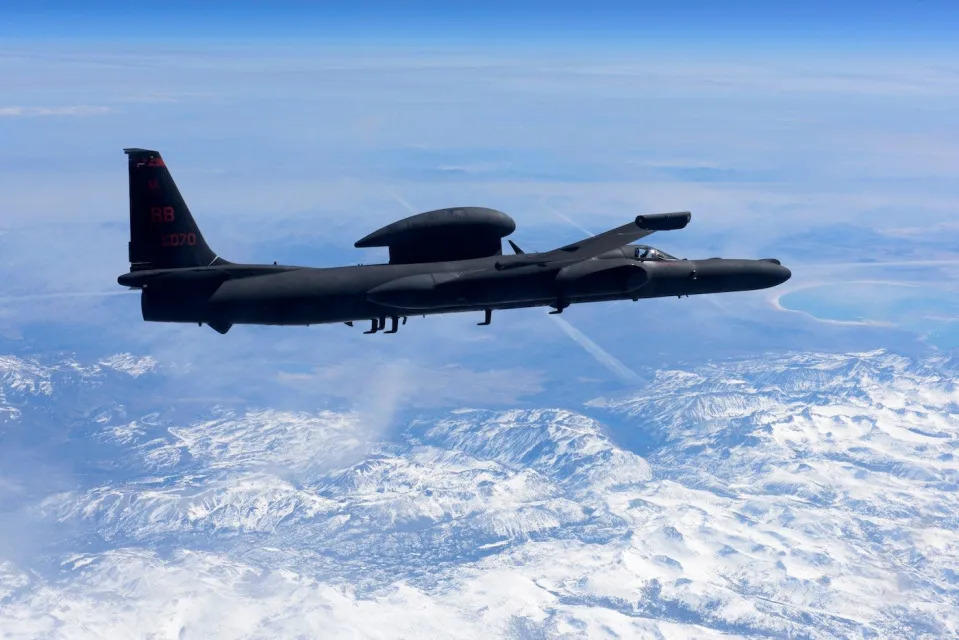 A U-2 above California's Sierra Nevada Mountains, March 23, 2016.US Air Force/Staff Sgt. Robert M. Trujillo
The jet frequently flies at about 70,000 feet, which offers a unique view of the curve of the earth.
"It's weird because your eyes are so used to seeing the horizon being flat that you kind of have to step back and look at it to go, 'Hey, it is curved,'" he says. "It's absolutely beautiful. It never gets old."
But 70,000 feet is also above Armstrong's Line, where water boils at body temperature and life is not sustainable, which requires not only a pressurized cockpit but also a bulky full-pressure suit similar to what astronauts use on shuttle missions.
Suiting up to fly in the Lockheed U-2 is about as close as a pilot can come to suiting up for a mission to space.
But a suit that keeps you alive at zero pressure — and allows men and women pilots to urinate mid-flight — isn't easy to get into. For that, Jethro and other U-2 pilots have dedicated technicians from the Physiological Support Squadron. 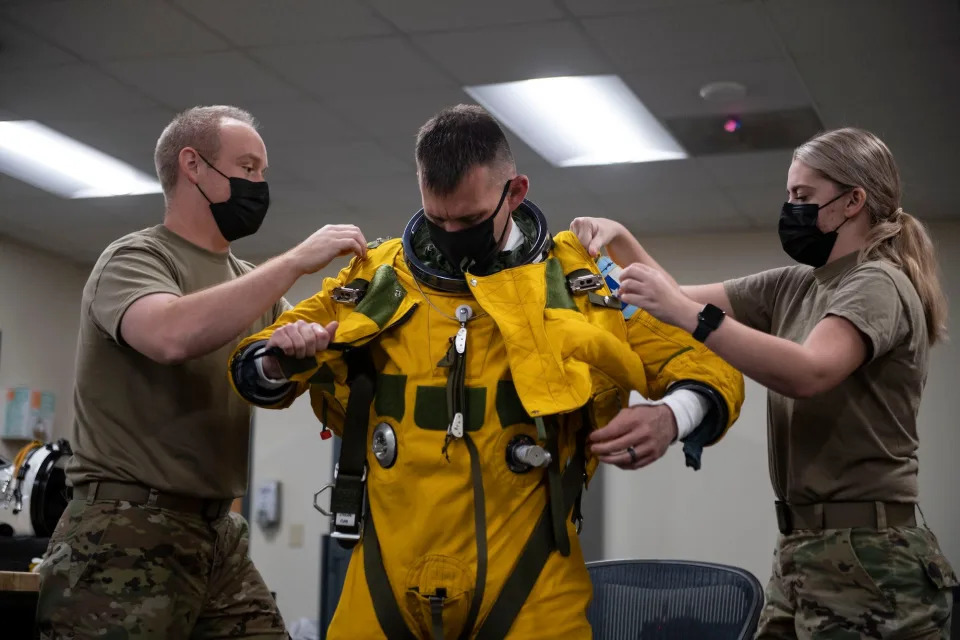 Airmen from the 9th Physiological Support Squadron help Lt. Col. Jethro into his pressure suit, September 29, 2021.US Air Force/Senior Airman Jason W. Cochran
The technicians care for the flight suits with the same attention aircraft maintainers give their aircraft. Watching new U-2 trainees work with the Physiological Support technicians to get in and out of the suit can be awkward and comical.
"It's a dance, and the first time you do it you have no idea how that dance works," says Jethro.
Once he's suited up, he gets moved to a big reclining chair and hooked up to oxygen and cooling air. It can be hot and tight in the inflated suit. Walking up the ladder into the aircraft and getting seated is yet another dance, as U-2 pilots can't strap themselves into the cockpit while wearing the suit and again need the technicians' help.
The technicians also handle the pilots' food orders and preferred Gatorade color pre-takeoff. Their in-flight meals are pureed and come in a metal toothpaste-style tube for ease of use.
"We do a high-protein, low-residue diet," Jethro said. "You don't want to be gassy up there. As the pressure goes down, gas expands, so it can lead to you being uncomfortable in the jet." 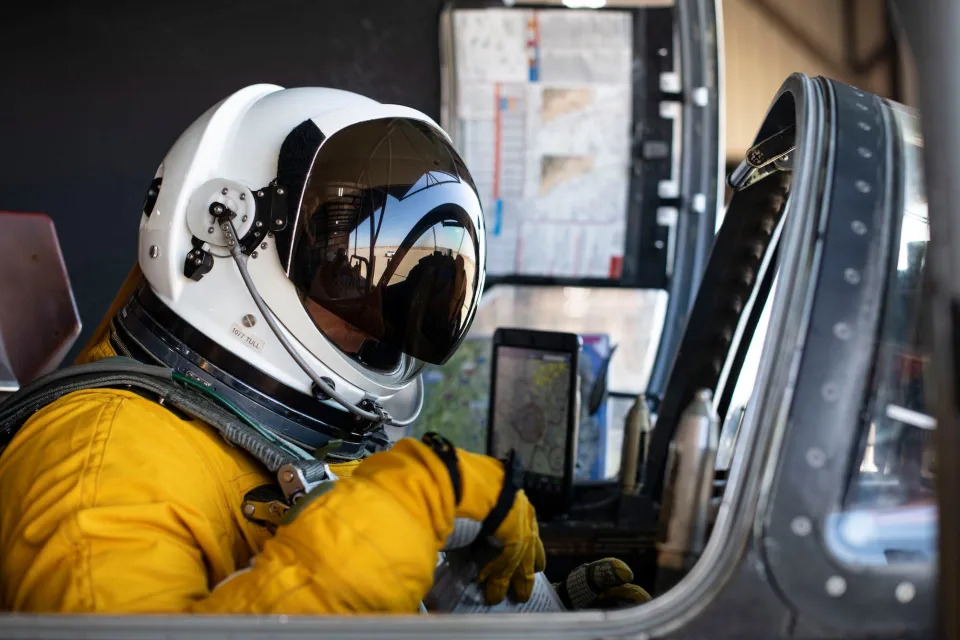 Jethro does pre-flight checklists in a U-2, September 29, 2021.US Air Force/Senior Airman Jason W. Cochran
The United States has been using the U-2 for more than a half-century, flying intelligence-gathering missions over the Soviet Union, Vietnam, China, and Cuba during the Cold War. In recent years, it has conducted missions over Iraq and Afghanistan. It's designed to fly at all hours and in all weather.
The U-2 has received technical upgrades, but the basic cockpit hasn't changed much in the past 40 years.
Having iPads and state-of-the-art navigation technology replace paper charts and maps is probably the biggest difference since Jethro's early days. Before that technical upgrade, "You were lucky if you knew where you were," he says.
The East Texas native joined ROTC in college to pursue his childhood dream of being a pilot. He started training two months after September 11, 2001, had his first solo flight in 2002, and was on track to fly a larger aircraft, like the C-135 Stratolifter.
When he graduated from pilot training, he still wasn't sure exactly what he wanted to fly. His squadron commander and mentor, who was a U-2 pilot, suggested the U-2. From there, Jethro did a Google search for the U-2 pilot application and began the arduous training and selection process. 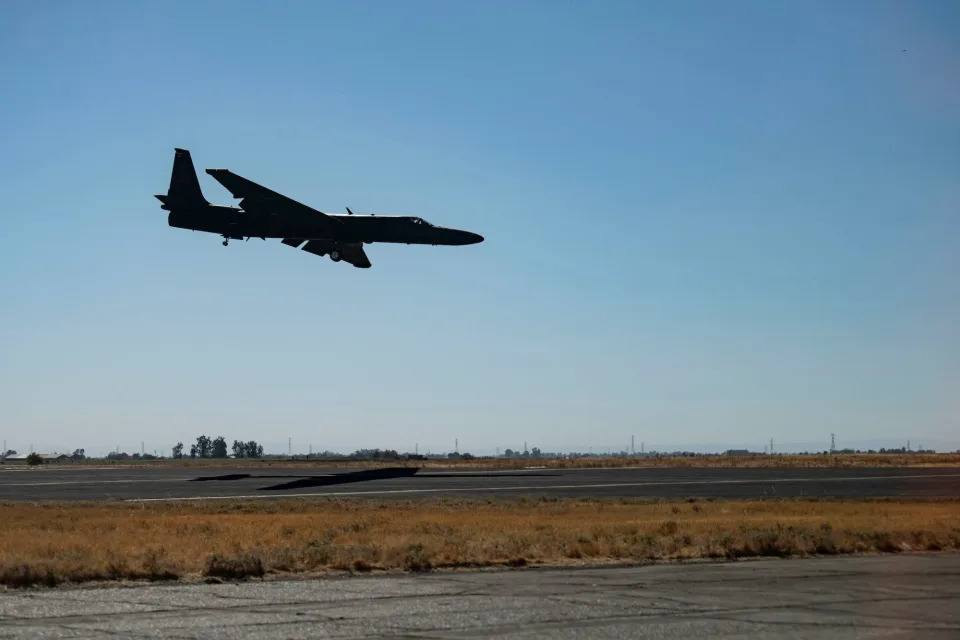 Jethro in a U-2 at Beale Air Force Base, September 29, 2021.US Air Force/Senior Airman Jason W. Cochran
The training program is selective. Candidates who make it through a two-week interview move on to training in a T-38 Talon, a two-seat supersonic jet trainer. After that, remaining candidates move onto training in an actual U-2, learning to fly, land, and do emergency procedures.
Students' seventh flight is their first time solo in an U-2. That's followed by high-altitude training with the space suit, Jethro said.
After 14 flights, pilots go through an evaluation. Passing that means you're qualified on the U-2, and "then we send you over to mission qual[ification] — another syllabus where now that you know how to fly it, you know how to defeat threats," he added. "When you're done with that, you are [a] qualified pilot ready to go on the road."
In 2007, as a newly qualified U-2 pilot, Jethro was deployed for the first time. Stationed at Al Dhafra Air Base in the United Arab Emirates, he flew missions over Iraq and Afghanistan.
Flying in the desert, he racked up his first 1,000 hours within three years. Some of those missions involved talking to assets on the ground and making decisions while flying over unforgiving terrain far from home, out of radio range of base.
He recalls one mission on a cloudy day over Afghanistan in August 2007, when two separate helicopters crashed roughly 100 miles from each other. He started talking to the downed pilots and joined the effort to pick them up, coordinating with an F-15 to keep the enemy away.


One pilot and a team effort​ 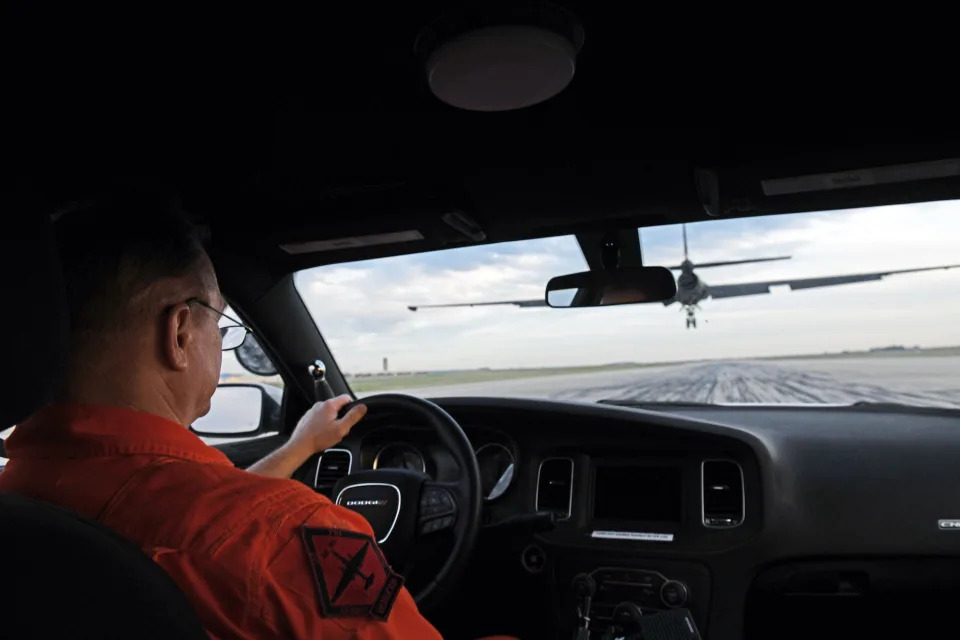 Cory Bartholomew aids a U-2 during takeoff at Beale Air Force Base, March 23, 2021.US Air Force/Airman 1st Class Luis A. Ruiz-Vazquez
The U-2 is a challenging plane to fly and even harder to land. The plane's 105-foot wingspan is perfect for flying high but ungainly closer to the ground.
The U-2 has also been stripped down in order to fly at high altitudes for extended periods — its bicycle-style landing gear is supplemented by wing-mounted wheels that detach during takeoff. The pilot's position in the cockpit also makes it harder to see the runway on approach.
Those factors mean it takes a lot of physical exertion from the pilot to land, as well as the coordination of an entire team to get the aircraft onto the ground.
Another U-2 pilot in a chase car gives directions over the radio as the returning pilot approaches the runway. Once the plane comes to a stop, now without its wing-mounted wheels, it tilts to one side. 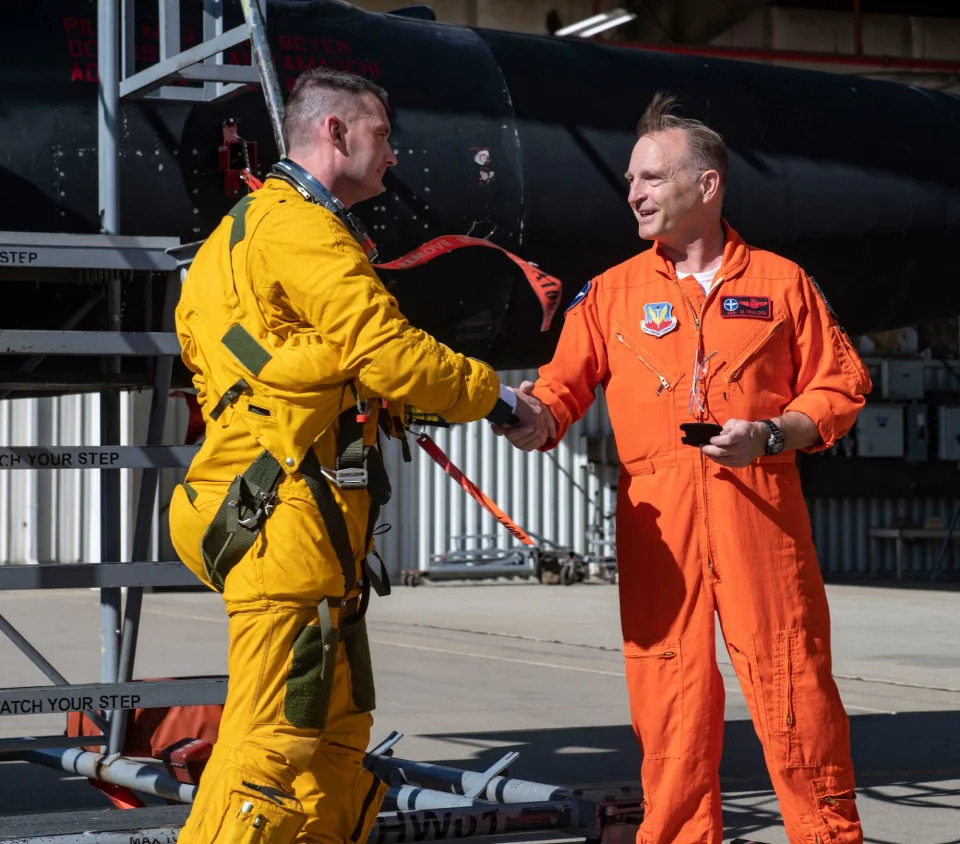 Cory Bartholomew, right, presents Jethro with the 3,000-hour patch at Beale Air Force Base, September 29, 2021.US Air Force/Senior Airman Jason W. Cochran
When Jethro landed at Beale to conclude a routine proficiency flight on September 29, he'd hit 3,000 hours.
He would have settled for a low-key post-flight beer to celebrate the milestone. But his squadron made a show of it, coming out to his airplane and cheering. Also there to congratulate him were his wife and kids, fellow U-2 instructor pilot Cory Bartholomew, and the base's wing commander, who'd also been on Jethro's very first deployment.
They presented him with a bottle of champagne and, in keeping with tradition, challenged him to launch the cork on to the top of the hangar while keeping one foot on the ground and the other on the ladder up to the parked aircraft's cockpit.
"I'm awful at that part," he says. "I haven't hit the hangar yet."
Read the original article on Business Insider

Col "Jethro" looks like he just stepped out of a 1950s or 60s Chuck Yeager story. Different breed of men right there...

I remember when Francis Gary Powers was shot down in one around 1960.

Amazing that aircraft is still flying while the blackbird is retired. I also remember Gary Powers being shot down over Russia. At the time the U-2 was developed, there were no missiles that could reach that altitude. The Ruski's went to work and developed one that did work. Huge diplomatic efforts in a prisoner exchange if I remember right to get some Russian spies back in exchange for Powers.
Last edited: Jan 12, 2022

Used to enjoy watching them take-off and land while stationed at Patrick AFB, in the early 80's. Those things are something to watch.

I remember the U2 very well and also Powers being shot down, but had no idea they were still flying. Very cool article, thanks for sharing.

Profreedomokie said:
I remember when Francis Gary Powers was shot down in one around 1960.
Click to expand...

Research from where Gary Powers took off...

...while I wasn't even in the Army then, I was to be stationed near his origination in the later '60's.

They don't build them like they use to, airplanes...or men.

I had no idea those things were still flying, nor did I know they operated in Afghanistan. That’s pretty wild.