What's the story of your ink?

RickN said:
I had one tat years ago when I was in the service. I had a small pair of lips put on my a$$. Sadly they got removed the hard way a few years after I got out. In case you are wondering, yes a small dog can take a pretty large chuck out of you, if you are naked and on top of his owner. Especially if he thinks you are hurting her.
Click to expand...

There is yet another mental image that will haunt me.

There is yet another mental image that will haunt me.

You are welcome. Any time.

Zero ink on me but I don’t judge others for what they do with their bodies. It’s yours do what you want.

Profreedomokie said:
I'm a gearhead and have owned and worked on Land Rovers for 25 years. I'm thinking about a Fiat tattoo that I designed. My wife and I have Fiat 500s that we've owned for 10 years and really enjoy driving them.
Click to expand...

I've owned 3 Fiats (all '70s models) in my lifetime and loved every one especially the 124 wagon. I just wish the new ones were made in Italy rather than Mexico.
For Land Rovers I think you'll enjoy this site; Tin Shack Restoration – A Series Land Rover and motorcycle hobby run amuck…………..

Chief Sapulpa said:
I've owned 3 Fiats (all '70s models) in my lifetime and loved every one especially the 124 wagon. I just wish the new ones were made in Italy rather than Mexico.
For Land Rovers I think you'll enjoy this site; Tin Shack Restoration – A Series Land Rover and motorcycle hobby run amuck…………..
Click to expand...

In the early 70's I was in a sportscar club in Va.. I had several friends that had 850 roadsters and they had to work on them all the time. At the time I had Austin-Healey Sprites but, I wanted a Fiat 124 Coupe. I think the Fiat production moved to Poland on the last of the 500s. I check out the link on Rovers. Thanks.

Woke up one afternoon following a 3-day bender on Mindanao Island,,,
To find I had a big bandage on my left shoulder.

Turns out that enough alcohol,,,
Will make you want a red demon head tattoo.

I hated the dang thing even though it was very well done,,,
I asked the USAF Doctors if it could be removed,,,
They told me it was my own dang fault,,,
Learn to live with it.

Basically they could "derma-brade" it away,,,
But weren't going to do it for me.

So, following the advice of a barracks lawyer/medic/expert on everything,,,
I took a straight pin and started covering the entire tattoo with bleeding scratches.

Then I rubbed in a bit of my own fecal material on it,,,
It got very infected very quickly.

Now the medics had no option but to deal with it,,,
The same doctor who originally said "no",,,
Was the one who did the removal.

Dang fine job he did as well,,,
After a few months it merely looked like a small spot of road rash.

I won't wear jewelry of any kind,,,
Especially rings on my fingers.

When I got married I offered to have a ring tattooed on my finger,,,
Fortunately for me the wife (now ex) said she didn't care if I wore a ring or not.

Tattoos are fine and dandy,,,
As long as they are on someone else. 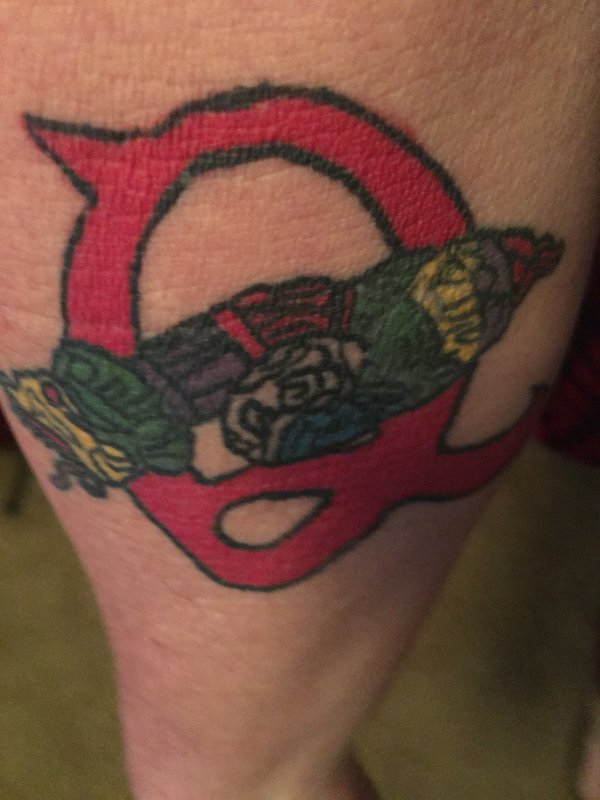 On my upper left arm, I have the mudflap girl. The reason being is when I had my grandpa's 87 Chevy Silverado I had the mudflap girls on the back window. One on each side. So, in a six degrees of separation sort of way, it reminds me of that truck and all the time I spent with my grandpa driving back and forth to tahlequah to take my mom to NSU.

Then, I have a red buffalo skull on my upper right arm. Just thought it would look cool and I'm half Cherokee.

I will eventually get a memorial tattoo for my grandpa. It will be an Indian arrowhead with the word grandfather in Cherokee below it.

I still don't know what I will get for my grandma. She loved to garden and raise roses so, maybe a rose with her initials below it.

How to locate a member by screen name ?

PanhandleGlocker True to his Word!
2