Woman killed by bear after spraying it with bear spray.

SoonerP226 said:
Sounds like the old joke is a little less joke-y today.

After recommending that hikers wear "bear bells" and carry bear spray, the publication says that you can tell brown bears from grizzly bears by their scat. Brown bear scat is smaller, and is generally filled with the remains of berries and nuts. Grizzly scat is larger, contains bear bells, and smells faintly of pepper spray...
Click to expand...

There is an old saying, " Sometimes you gets the bear, and sometimes the bear gets you!"!! All preditors will take anything they think they can!

Gun Fighters Inc just posted this picture of me yesterday from last year when I was in Glacier. Always carry the .45 Colt or Glock 40 when doing our hikes.

I carry the stuff. But I also carry a firearm. If you carry it in a front vest pocket always make sure the safety is on before bending over to untie your boots. You‘d have thought I’d have learned after the first time.…. 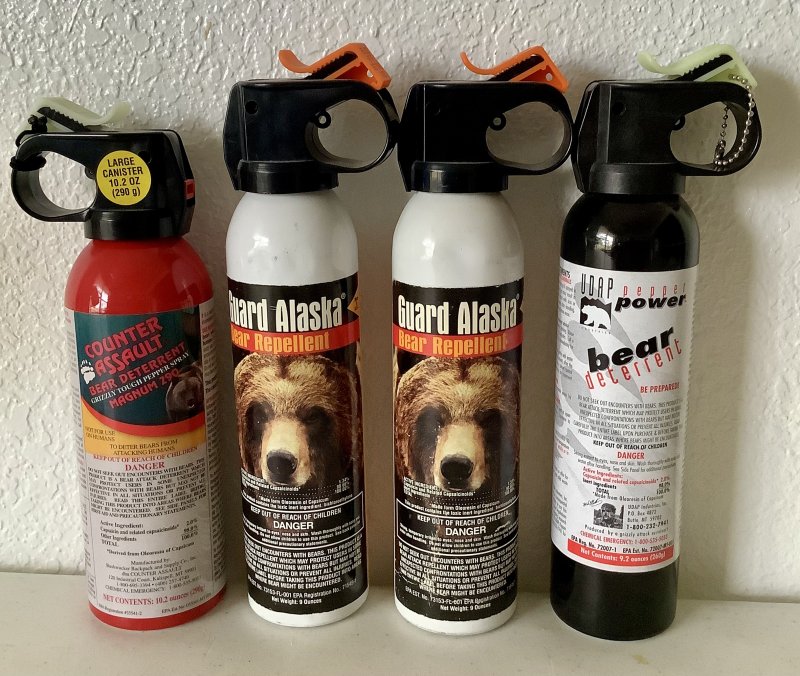 NationalMatch said:
[Begin quote]
In the early morning hours of July 6, 2021, in the village of Ovando, Montana, mere feet from several buildings, Leah Lokan was attacked by a 417 pound grizzly bear. She valiantly used bear spray in an attempt to stop the attack. The bear spray failed. Ms Lokan was a small but strong woman. She was killed in the unprovoked predatory attack.

The 417 lb boar grizzly first approached the two tents of Leah Lokan and her acqaintances at about 3:08 a.m in the morning of July 6, 2022.

Leah Lokan had been sleeping alone in one tent. The other tent, belonging to acquaintances of the victim Joe and Kim Cole, was approximately 20 feet from the victim’s tent and was undisturbed (Figure 2, Figure 3). After going to bed earlier in the night, the Coles were awakened at approximately 3:08 am by Ms. Lokan crying out “bear, bear.” The bear was several feet from the two tents, exploring the area at the time Ms. Lokan became alerted. Joe and Kim Cole both had Counter Assault brand bear spray with them in their tent. They woke up; Joe grabbed Kim’s bear spray and they both began making noise. The bear walked off to the north into the field area behind the Ovando store and the bear spray was not used at the time. Ms. Lokan said, “the bear huffed at my head.” Ms. Lokan got up and moved two bags of food (packaged snack foods and a large bag of lentils) from her tent into a building known as the old jail at the museum, which was the building next door to the campsite, approximately 25 to 30 feet from her tent. She also took a can of Frontiersman brand bear spray into her tent.

The bear came back an hour later, attacked Ms. Lokan without provocation, and killed her after she emptied a can of bear spray while defending herself.

Scene five hours after Leah Lokan was Killed by Grizzly Bear in Ovando, MT In the early morning hours of July 6, 2021, in the village of Ova...

I'm reminded of this episode of Sarah Palin's Alaska reality show, when Sarah took the Kate plus Eight family camping. The kids had a blast, but poor Kate didn't do so well.

Homeowner Kills Home Invasion Suspect Who Tried To Run Him Over