Jesus God people! Read the damn thing other than skimming it! 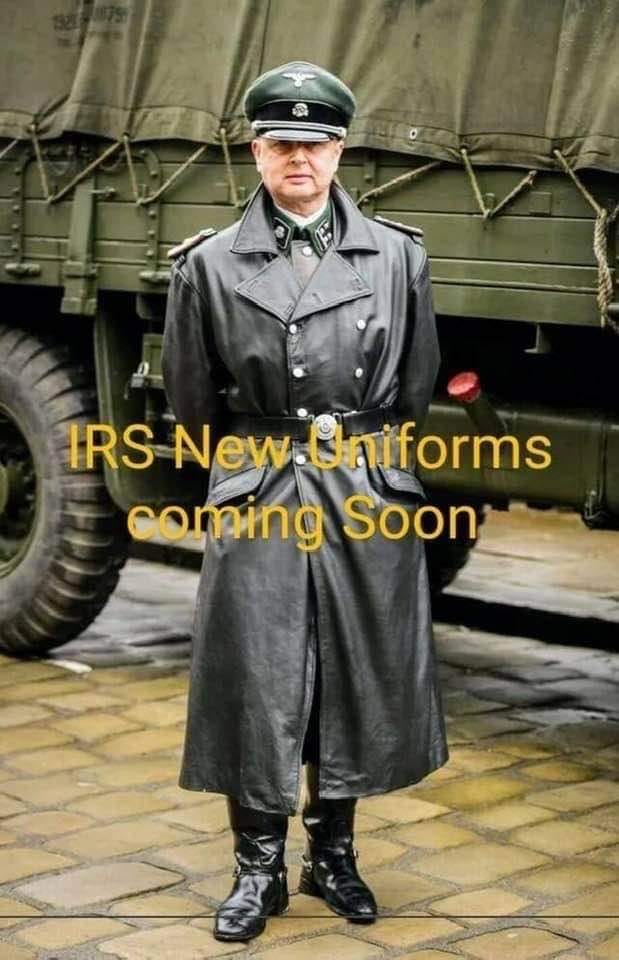 I'd rather have armed guards at schools, just saying.

Sgt Dog said:
If you have ready access to inside information on 16 IPO’s you’d think cheating on your taxes would be unnecessary. But when you get to write the laws, now that’s cat’s meow.
Click to expand...

"In a state where corruption abounds, laws must be very numerous." Tacitus

Tacitus wrote this a long time ago. Nothing has changed. Human nature remains the same.
L

I believe the election was not won fairly. There are at least two ways it was not a fair election. With a huge question mark that will linger about a third.

First was our press. How can you say an election is fair when a press that rivals the Communist Party media control in China, Russia, or Cuba maintains 24x7 attacks on a outsider-political-figure for four straight years. I mean you could not turn on the TV at any hour of any day without lies, exaggerations or uncharitable interpretations, motives or intent hysterically communicated to the public. Then, in the final weeks - an all out censorship was conducted by both big-tech and the DNCMedia over a damaging story about his rival. Is that the landscape of a fair election? We knew the truth then, and so did they. Enough independents and even Democrats polled show it would have made the difference.

Next was the strategy of mass mail-out ballots that whatever you are told is not the same as absentee ballots. Afterwards we learned of the privately funded drop-boxes. Couple that with countless testimony under threat of perjury of ‘conduct unbecoming’ in precincts within major cities in Battleground States. This may indeed not have been enough to change outcomes but we’ll never really know the full extent for certain. No court cases reached the point of addressing the fraud. And State Committees that entertained witnesses yawned and push forward with certification.

Third, and this is the one we’ll never know about. And that is the machines themselves. I believe two and possibly three forensic experts have shown anomalies that raise considerable questions. Same questions raised by Hillary in 2016. But the most glaring support for this claim comes in the statistical impossibility of results related to turnout, precincts won and lost, total votes per candidates, Biden winning more than Obama, even as Trump increased his totals over his first election, and most improbable, from all but one bellweather district with a sixty year record of successfully predicting results; and all this in the face of the support visible at rallies for the two candidates… from full stadiums to basement fireside mumbling. Preposterous probabilities!

One final note... I watched some of the hearings with legislators telling of their “harrowing” experience while performing their ‘sacred’ duties. Somehow I have less compassion for people in that chamber than shop owners on burning streets. The people in these chambers stood-by all year while others in their sacred body actually encouraged the exact same harrowing experience (AND WORSE) upon the common folk in our cities while they watched their livelihoods burn and in some cases were themselves hospitalized with injury. I’ll never forget seeing an elderly wife try and defend her husband in the doorway of her shop only to be beaten brutally herself. That went on all summer and fall but recall how it magically dissipated as election prospects appeared threatened by America’s mood. You do realize that this implies some culpability for those condoning and especially those encouraging the riotous behavior - but who signaled concern only after riots adversely threatened their elections. It implies they had some control and only exercised it when their interest were at stake.

Until then these Democrats didn’t seem nearly so outraged at violence inflicted on commoners. So finally they got a taste of the toxic environment they tolerated.

Jan 6th wasn’t an insurrection so much as the previous four years full of lies and media campaign were an attempted coup.
Click to expand...

Two thumbs up for the OP.

By
Michael Baxter
-
August 8,2022
Delta Force Operators Monday morning intercepted an 18-wheeler packed with pistols and bound for the Internal Revenue Service Building in Washington, D.C., a source in General David H. Berger’s office told Real Raw News.
Hours after Kabula Harris’s tie-breaking vote on the regime’s climate, health, and tax bill empowered the IRS to hire and arm 87,000 new agents—to the tune of $80bn—an inconspicuous tractor trailer departed a government-leased warehouse in Jessup, Maryland. The obsidian cab and attached trailer swerved through the city’s industrial district and was preparing to veer onto the Baltimore-Washington Parkway when it met an obstacle: four SUVs, each as black as the trailer, blocked its path, two on the road and one on each shoulder. Under ordinary circumstances, the trailer could’ve steamrolled the blockade. But these were not ordinary circumstances. Behind each SUV stood four men garbed in military attire, every one of them brandishing rifles aimed at the cab’s windshield.
As the truck screeched to a halt, four of the 16 Delta Force Operators approached and commanded the driver and passenger to show their hands and exit the vehicle. They complied and were gagged and zip tied, then pushed into the lead SUV. Wordlessly, two Operators climbed aboard the now seized cab and keyed the ignition. Within seconds, the vehicles had dispersed. The intercept and seizure had taken only minutes to complete.
The tractor trailer had left Maryland at 2:00 a.m. and, under current traffic conditions, been scheduled to arrive in D.C. no later than 4:00 a.m. By then, however, Special Forces had driven the trailer to safehouse/warehouse they had prepared in advance, and were already inventorying the load against a shipping manifest found in the cab.
According to the manifest, the trailer held 23,500 crated Sig Saur P229s and 160,000 rounds of .40 caliber ammunition, ostensibly intended for the IRS’s enhanced police force.
A week before the seizure, U.S. Army Cyber Command had intercepted communications between IRS Commissioner Charles Rettig, Chuck Schumer, and Joe Manchin. Rettig had said on a conference call that “the purchase has been made,” which caused a somewhat agitated Schumer to inadvertently expose the nature of the shipment. “Why now? You were supposed to wait until we passed the bill and its made law. You jumped the gun, and mean that literally and figuratively, and this could come back at us,” Schumer said. Manchin bowed out of the conversation, saying, “I really don’t need to hear any of this,” and disconnected. But Schumer and Rettig bantered on. “We know the bill will pass muster, Kamala will see to it. It isn’t a problem. We’ll just say later on that we bought the guns after the bill got passed and ratified,” Rettig blabbered. “Don’t take possession until Biden makes it law,” Schumer said, to which Rettig blurted, “They can’t sit where they are that long, too risky. I’m moving them here from Maryland storage when it passes. If there’s any blowback, it’ll fall on me.”
U.S. Army Cyber Command at once forwarded a recording of the call to both Marine Corps General David H. Berger and a Delta Force commander whose name remains classified. Together, they greenlit a mission to confiscate the IRS’s would-be arsenal. Research revealed that the federal government had contracts with several shipping and warehouse facilities in the Maryland area, and Delta Force Operators soon began surveillance on those locations, hitting pay dirt rather quickly. The Jessup warehouse, they discovered, was guarded by a throng of treasury agents whose blue windbreakers with IRS Special Agent stenciled on the back conspicuously betrayed their identities.
Delta Force had a choice to make: raid the warehouse and risk a firefight, or continue surveillance until the warehouse’s contents had been loaded onto a trailer, and seize it enroute to its destination.
According to our source, Delta Force had watched treasury agents fill the trailer with rectangular wooden crates, the contents of which had been stamped in blank ink on the wood—pistols, lots of them, and ammo.
“Delta expected security would go with the truck, but it was only the driver and one IRS agent in the passenger seat. No tailing vehicles. The IRS is an enemy of the people, and those pistols…why would they need them? Think about that? This is victory but a small one because they have $80bn to play with. We’re still in the fight,” our source said in closing.
Click to expand...

That’s a nice piece of fiction right there

HarryBear said:
I'd rather have armed guards at schools, just saying.
Click to expand...

Having a couple hundred armed LEO's at Uvalde really helped after all.

mugsy said:
That’s a nice piece of fiction right there
Click to expand...

These California agents are coming for your guns
2 3

Article of our Rights by Paul Markel