On my 12th birthday, men far greater than I were doing their sworn duty for country, brothers, and honor while I was most likely whining about something that was only important to me. Several years later I became mature enough to realize that the world was bigger than me and learned of the sacrifices that were made as I celebrated an irrelevant day.

For the last 10 years I have worn a memorial bracelet to honor MSG Gary Gordon, one of the two Delta snipers that inserted at the second crash site in order to provide cover and support to the potential survivors. Two men knew that support was unlikely to reach the site in time to beat any hostile locals and repeatedly requested to be inserted knowing that they would only be able to hold out for so long before the hostiles would overrun them. In spite of that knowledge, the two warriors did what they felt was right and gave the ultimate measure in order to buy an injured Nightstalker more time. Not a day goes by that I am not reminded of their actions and those of countless others that have trained, fought, and died for this great country and her ideals.

"above and beyond the call of duty" 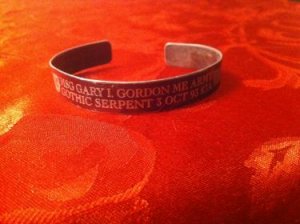 Not Ranger, but still U.S. Army. May the Ranger community always remember their lost and revel in their victories, many of which are likely to never be fully known about by the average citizen. That Ranger tab means a LOT!!

May we all never forget the sacrifices made on our behalf.

Hey, little brother. You haven't posted in a while. Did you wish your niece a happy bday yet???

One of my first team leaders in the Army was a PFC in the Ranger Regiment in Somalia, and he was an excellent leader.

Damn fine thread to go all Necro on , been busy as hell and fighting cancer in my boxer girl so this Memorial day snuck smooth up on me. Time to get out Old Glory!!

Yes I will never forget what the Rangers and Delta Force and 160th SOAR men went thru that day. And I will never forget slick willie putting our soldiers in that situation with no AH64s, AC130s, M1 Abrams or M2 Bradleys. If you gonna go to war, might as well bring it all and save American lives.