The cool weather has inspired me to go ahead and get my muzzleloader ready in case I don’t end my season during archery like last year.
I started hunting muzzleloader season nearly 20 years ago with an original Knight DISC rifle and killed my second biggest buck as well as a bunch of other deer, and I always loved the fit and feel on that gun. However, in an attempt to “improve” my equipment, I ended up buying a couple smokeless muzzleloaders, and though they probably are an “improvement“, I have decided to go back to the old Knight. I had it rigged up for a Colorado muzzleloader elk hunt that‘s now not going to happen this year, so I reinstalled a scope base and scoped it back up with a Zeiss Conquest 4.5-14.
I have “upgraded” from Pyrodex to Blackhorn 209 and am now using Parker Extreme 275 gr bullets instead of 250 gr Barnes Expanders, and it appears the gun likes 70 grains of Blackhorn under the Parker bullet.

There’s a bit of nostalgia with this old Knight, because it was given to me by a friend who was a representative/salesman for Knight. Steve was killed in a car wreck in 2007, and every time I hold or shoot this gun, I think of him. 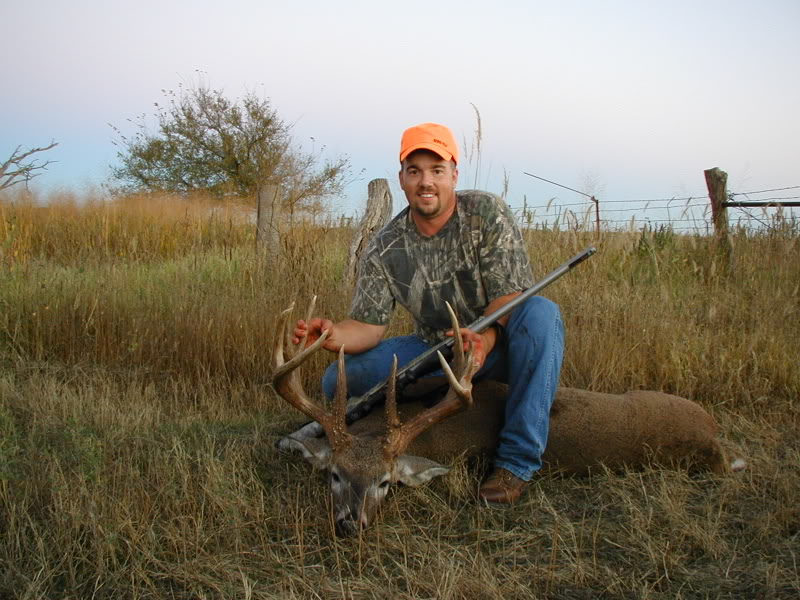 Good looking gun and good to hear the nostalgia with the gun.

I've taken a liking to black poweder the last few years. Other than the soft strike issue i had 2 years ago that cost me a beautiful buck. Ugh.

Help me plan the elk hunting trip of a lifetime.
2