Need a little help with a couch.

Good Morning,
Let me explain the current situation I am in:
Back about 2011, I bought a leather couch from LOREC Ranch furniture. I bought it because, while expensive, I thought it would be heavy enough to hold up. After several years the couch developed a sag, and bowed down in the middle about 3-4 inches. I put a couple of 2x4 blocks to hold it up. THIS YEAR(2021) I contacted LOREC RANCH and explained the issue and even sent pictures. They advised me that they could fix it, and all I had to do was give them $200.00 in pick up/delivery fees, and pre-pay $600.00 in repair costs. Sometime later they sent me a picture which I could not figure out, but assumed it was of the repairs to reinforce the couch. The couch was returned and I was charged another $200.00 for additional costs in repairs. Fine, the couch was expensive and perhaps the charges were worth it. HOWEVER THIS LAST WEEK, the couch has developed another bow, and is sagging in the middle about 2 inches so far. Now, what I am looking for, is not to go through all of that again, but a simpler solution: A fifth couch leg to provide additional support in the middle of the front of the couch. But, I CANNOT find a furniture repair shop, or a wood work shop that could help. If anyone has a lead, I would greatly appreciate any help. Thank-you in advance.

Did they not give you any warranty on their work?

Can they perhaps get you a corner leg that might be modified to fit (and still match)?

Don't know how it's built, but putting another board (or metal strap/angle iron?) lengthwise on the inside of the frame might be another option.

I thought this was in the joke section or maybe dated April 1.

What is wrong with more 2x4 blocks for a 5th leg

I'd find out who's the president of the company and write him a letter describing the problem. I had to do this with an Ethan Allen sectional sofa and I got a new one.

What was done the first time it was fixed? I also wonder what species of lumber they used to build the frame.

I built custom upholstered furniture for several years. We only built furniture for interior decorators, so you know they were picky! This paid for my college education.

The normal length of a sofa is about 82" - 86". We built our sofa frames using 5/4" Poplar, "a soft hardwood". We always installed a center leg in the front and the back.

I could fix it for you. I still have the tools I used to upholster furniture, but I live near Owasso.

It is really hard to tell from the pictures, but the horizontal front board that appears to be sagging, is it warping/twisting or actually bending?
Last edited: Oct 15, 2021
L

Are you bouncing on the couch?

Should be easy to build a couple more legs. One thing I would do, is spread the word on how much trouble you have had. There is no way an expensive couch should be doing that. A cheapy made for a model home, maybe, but not an expensive piece. They should also not charged you to repair it. It looks to be a design or materials flaw and should be fixed no charge. Start posting reviews every where you can find online. I bet they contact you to solve the problem.

Use this any time you post the story. #LORECRanchFurniture


Here is there FB page. You can go there and post your story. I would but then I post complaints in the drive thru service is slow.

Welcome to LOREC Ranch, a family owned and operated company since 1993. Our team is dedicated to pro 536 Kihekah Ave, Pawhuska, OK 74056

Our couch did the same. It had a center leg in the front of the count but nothing in the back. I ended just buying some furniture feet from Lowe’s and attaching them to the bottom of the frame in the back. They seem to be holding up well.
Ours is a very cheap sofa though. The legs at Lowe’s are where the table legs and stairway stiles are back but the door windows and lumber.

I took this idea and fixed my old couch with used scraps of vinyl siding under the cushions to assist the springs. That couch is gone now.


In fact, I have some furniture springs you can have just to add to the piece if you want them. 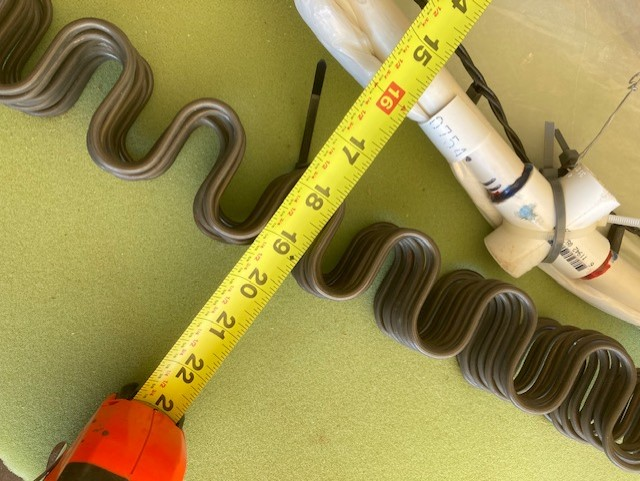 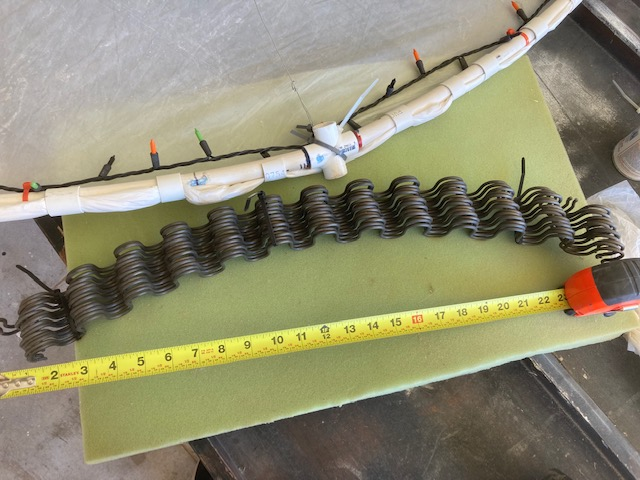 There are 14 of them and are 27 inches long salvaged from a custom couch.