To All Peace Officers, Please, please watch out for the unexpected.

It is open season on the police. All you LEO's out there please watch out for crazies.
It's going to get worse before it gets better. You all know this. Officers are getting shot outside their stations, in their cars, in ambushes, This officer was run over and crushed against a bollard and his spine was severed.
He will probably never walk again. All because of hate.

SPRINGFIELD, Mo. — A man was shot Tuesday morning after he allegedly struck a police officer with his vehicle in an apparent attempt to either run over the officer or to drive into the front of the police station.

Police said the officer was "crushed" between the suspect's SUV and bollards that are placed in front of the station to protect it from someone driving into the building.

Officer Mark Priebe was "crushed" between the suspect's SUV and bollards in front of the station.

Police Chief Paul Williams said Officer Mark Priebe, a 21-year veteran of the Springfield Police Department, has been listed in serious condition. It is unclear if he will be able to walk again, a department official said.

The suspect was identified as 28-year-old Jon Tyler Franklin Routh, the release said. Williams said initially that he did not know his condition other than the fact that he was shot by a second police officer.

Both the officer and the suspect were sent to the hospital to be treated for their injuries.

Williams said the suspect entered the lobby of the police station, 321 E. Chestnut Expressway. That would have been about 9:30 a.m. Tuesday.

"The man was creating a disturbance in the lobby of the police station," Williams said.

The suspect tried to enter a secure door that leads to a non-public part of the station, Williams said. The suspect "banged" on the door.

He left the lobby and urinated on the front of the building, Williams said.

The suspect left the immediate area of the police department but returned in an SUV, Williams said.

The officer who was later injured tried to flag him down to talk to him.

Instead, Williams said, the suspect accelerated his vehicle toward the officer, who could not get out of the way.

The officer was pinned between the vehicle and one of the bollards, Williams said.

Several officers then moved the vehicle back to free the pinned officer.

This Officer that was hit and dragged by the SUV is a Cops-Cop. He is a great person. Just an update!! Officer Priebe has had a surgery to secure his severed spine. Yes this useless act crushed this Officer and severed his spine. He may never walk again... The suspect that ran him down was trying to continue forward after pinning Officer Priebe under the SUV. The suspect had to be shot to stop the forward motion. Now get ready for the comment the suspect said as he was being pulled out of the SUV, with Officer Priebe pinned under the SUV and against a concrete pillar. The suspect made the following comment: “ You guys knew you had this coming” !!! Let that sink in, this crap has gone on to long and we have nuts out there wanting to harm us or even kill us. This has got to stop. 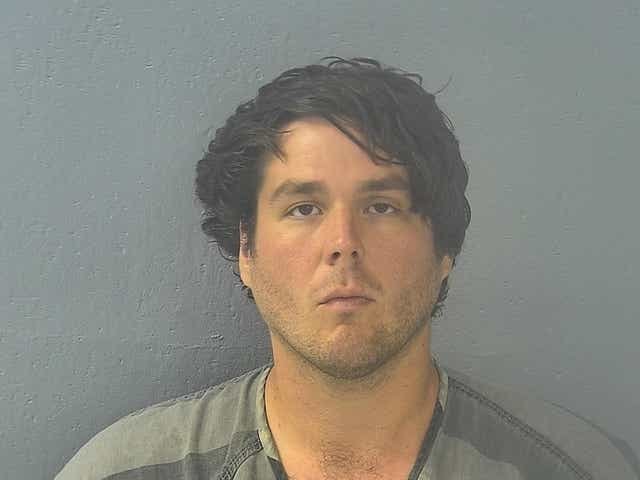 
“Crying is for babies, little girls, and men who just had their ears ripped off.”
- Oobedoob Benubi

Looks like he is real proud of himself.
A true justice warrior in his own mind. Wonder what his piss test will find out.

Location
Back in BA

dennishoddy said:
Looks like he is real proud of himself.
A true justice warrior in his own mind. Wonder what his piss test will find out.
Click to expand...


Seriously though, we need to start hanging these pos every timethey do something like this.

You can surely tell the bias of the liberal press.

"A Springfield police officer was injured when a man hit him with a vehicle after becoming irate when he was asked to leave police headquarters, Springfield Police Chief Paul Williams said Tuesday.

"The man was shot by other officers after he drove into the officer then refused to get out of his vehicle in the police headquarters parking lot, Williams said during a news conference."

There is a factor - a law, in fact - of human nature that Leftists know nothing about, and few conservative leaders are willing to discuss.

"When the price (cost) of an action becomes too great, that action will not be taken."

It is time for the illegal actions (rioting, vandalism, assault, arson, etc) of Antifa and all other unlawful liberal groups to be made too 'expensive' for those actions to continue. The very first felon/rioter to be shot will - not may, or might, or could... but will - cause the rest of those cowardly wastes-of-human-skin to scatter like roaches, with no future recurrences of rioting. The liberal screaming about such action being illegal is absolutely incorrect. Every state has at least some form of legislation that permits the use of some amount (however limited) of lethal force to stop a violent felony in-progress. The police and/or citizenry need only obey the law...

Police: Suspect in ambush on Calif. deputy is dead
Several cops were wounded Thursday in separate shootouts with the man suspected of ambushing a deputy a day earlier

Man, What a Cool Headed Officer
2