Raising of Old Glory at Dawn at my home

It was a tradition growing up to raise the flag at dawn and lower it at dusk. I'm 66 so that should give you some time perspective. Flags were made of cloth and were never left up overnight or during bad weather. Flags were only raised during holidays, days of morning and when a local vet died and the passing of a vet (several killed in action in Nam were done at half mast. This was so cool when my bro and I were old enough to do this and it's still cool to me today.
I have a new flag pole as my old one went to pieces. This one is heavy duty pipe. Thicker than drill stem. A young man (hell full adult with kids now) that I coached when he was 9 years old, does this on the side. He has a back order of about 20 but when my wife told him it was for me as my Christmas gift, he dropped everything and put it up on Christmas eve. I was so humbled by this.
One pictue shows the limbs my wife and I had to cut away fom a tree that would block the full view of the flag from the street. It was important to me to have it seen. Next is the flag about to be raised and then fully raised. It was exactly at dawn when it went up. Even though flags are all weather now, when I put a new one up to replace an old one that has begun to wear, it's done at dawn. Unfortunatly it is very foggy in Coalgate this morning and the sun was fogged out at rise.
This will remain up 24/7 as it's all weather. I'll be adding the Oklahoma flag below it soon. Atop is the OU logo but he can put anything you want on top including other schools logos, stars, buffalos and much more. His steel cutter is an artist and a master at metal.
I don't think but a few houses in our small city don't have a flag pole. Those that don't have the flag on the eave's. We have a very patriotic community. I love it.
Sorry for the long post.
Pic one is the limbs wife and I had to cut. 2 is flag attached and 3 is the flag at full address. I don't think I could have planned a better picture than that of the flag waving.

I leave mine up 24/7 (Solar powered light for nighttime). I take it down when the wind gets too crazy. This organization sends me an e-mail when flags should be flown half-mast.

golddigger14s said:
I leave mine up 24/7 (Solar powered light for nighttime). I take it down when the wind gets too crazy. This organization sends me an e-mail when flags should be flown half-mast.

Thanks. I'll use them. 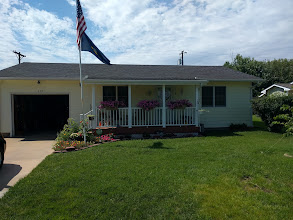 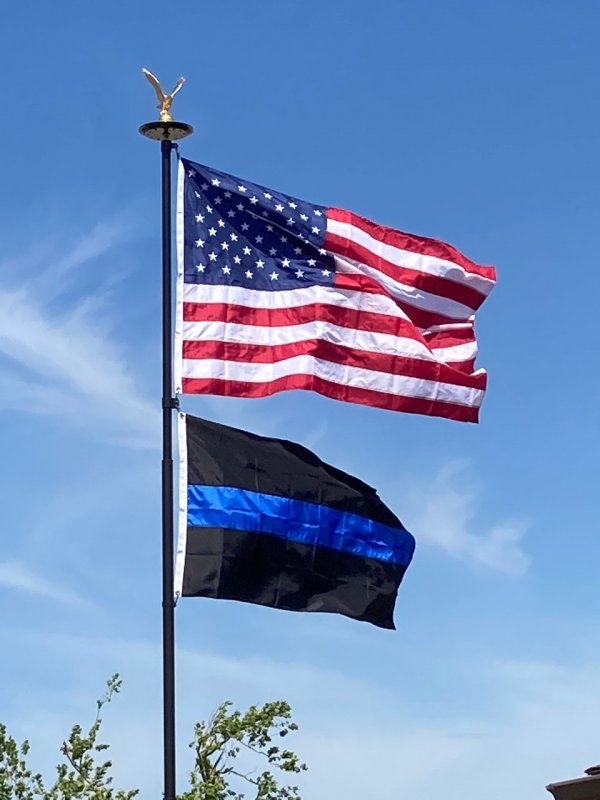 The thin blue line flag is up for all the LEO's killed during the year. I was taking it down a few days after the announcement of the hero's death and replacing it with the Oklahoma flag.

Then the Hero Down notices started coming every day or other day and I decided to leave it up. I have had a lot of people stop and comment on the bottom flag. Most of them don't even know what it is.

My American Eagle is pointing away from Washington D.C. for obvious reasons.

Thanks for letting everyone know about half staff notifications, I just registered with them 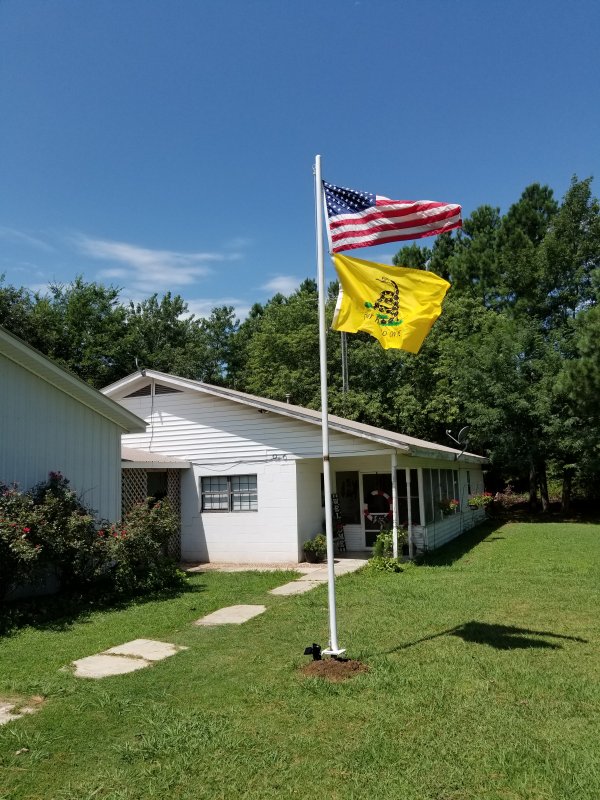 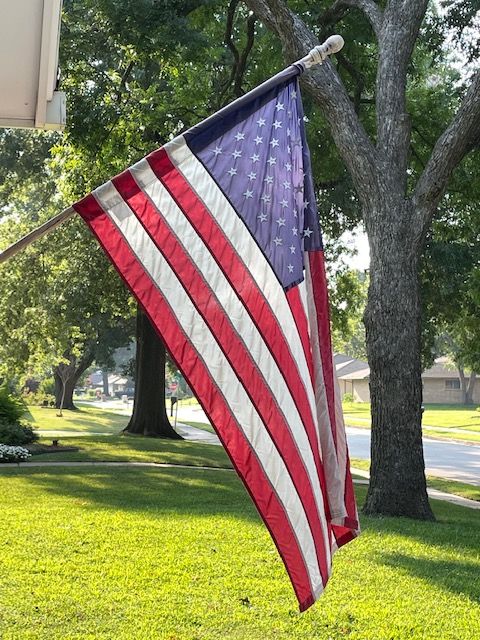 No pics as I’m away from home but ours flys 24/7 with the proper lighting when at home.
It’s held in reserve but the flag presented by the honor guard at my dads funeral will go on it eventually to honor his WWII service. Mechanic on a floating dry dock in Singtau China repairing naval ships damaged in combat.
Thanks to @golddigger14s for the link!

Wind got my old one so here's my new flag pole